Trash and treasure for Pro Wrestling Hall of Fame 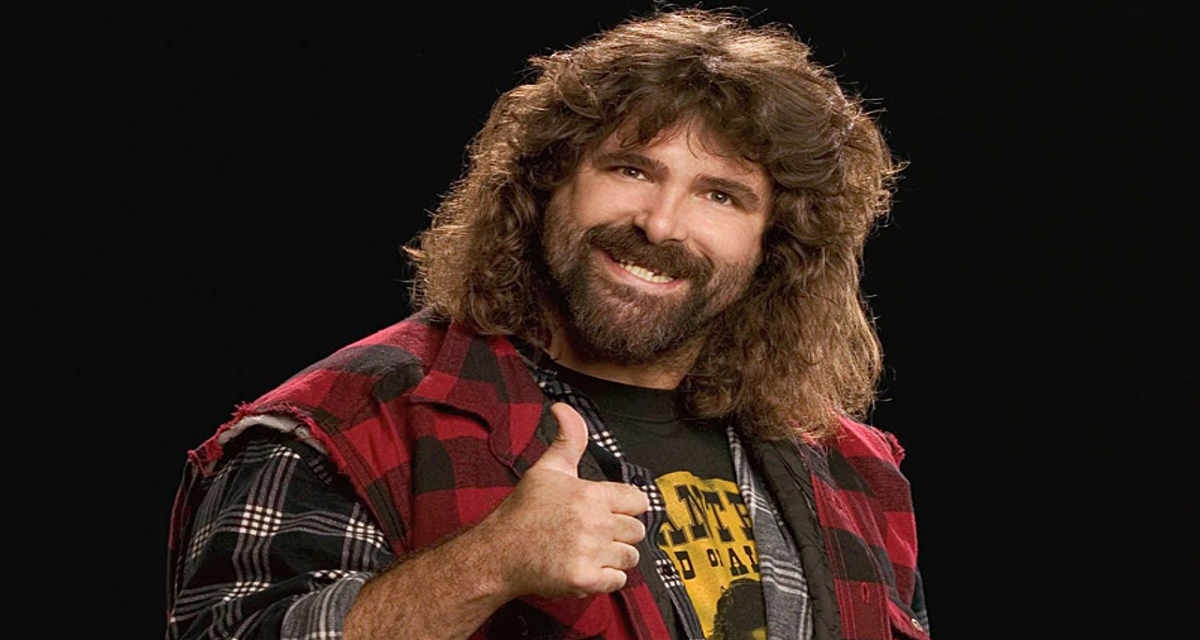 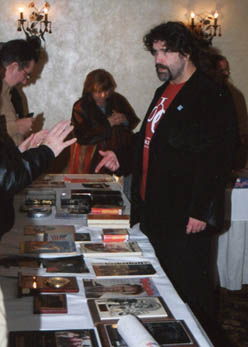 Mick Foley shows off some of his memorabilia for sale. Photo by Steven Johnson

That relationship turned into a marriage that benefited the Pro Wrestling Hall of Fame Saturday, as the TNA star put a mound of personal possessions up for grabs at a fundraiser to benefit the Amsterdam, N.Y.-based hall.

Foley said he got the idea from a Christmas season viewing of Rudolph the Red-Nosed Reindeer, a classic that features an island of misfit toys no longer wanted or needed.

“If you remember, all those toys wanted was a home to love them, and that’s kind of the way I feel about my personal items and some of the wrestling stuff that I had available tonight that ought to make money for the hall,” he said. “But the most important thing to me was to make these items available to people who would appreciate them.”

Foley’s appearance was the highlight of an annual New Jersey fundraising dinner, spearheaded by “Irish” Terry Gunn. Chief Jay Strongbow, a 2009 inductee into the hall, flew in from his home in Griffin, Ga., as the featured guest.

Each attendee got one free treasure from the Foley collection, while his other pieces went in the $10 to $20 range. Some of the material, such as match-worn shirts, appealed to hardcore collectors. His grade school physical education award and home Christmas decorations were for more offbeat fans, while one audiophile was ready to take a receiver off the hardcore legend’s hands, provided he could answer a key question.

Does it work? he asked. Said Foley: “Take it and if it doesn’t work, you didn’t pay anything for it.”

Taken with an auction and a raffle, the hall was well on its way to $10,000 of construction work on an addition to its facilities, according to Tony Vellano, president of the institution.

Also helping the cause was Kami Albano, niece and business manager of Captain Lou Albano, another hall inductee who died last October. On behalf of the Albano family, she presented a $500 donation to the hall.

Albano was very sick in the last of his 76 years, but a phone call from Gunn that informed him of his election to the hall was a source of comfort, his niece said.

“I’d never seen my uncle’s eyes light up and the joy in his life to know he was being inducted into this wonderful organization,” she said. “It meant more to him than any honor he could get in his life.”

Finkel and O’Hannon chimed in as they reiterated the value of the hall to wrestlers.

“The one thing that you always have to remember is that no matter how the industry progresses today — we got there with some of the greatest entertainers, athletes, and people of all walks of life,” Finkel said.

O’Hannon said he still gets a thrill from sitting with his old compadres and exchanging wear stories.

“You can describe us as being fans too. So when I say our greatest contribution is what we leave for you, we leave it for us, also.”