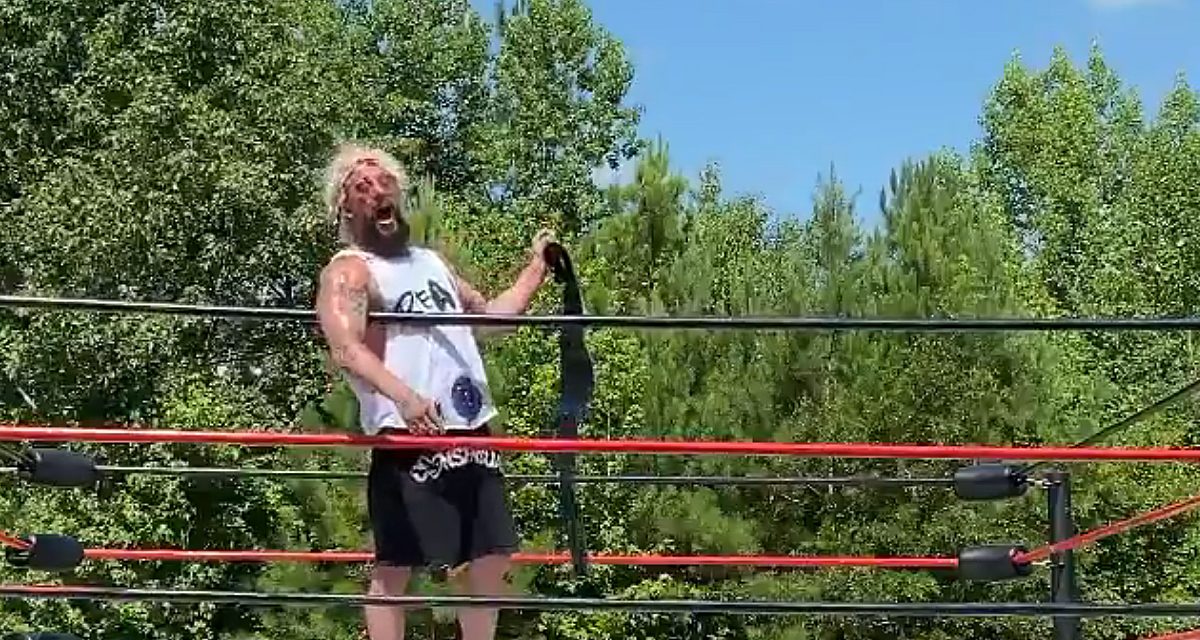 Enzo Amore (now known as NZO) may be gone from the WWE but it seems he has taken their Cruiserweight Championship with him.

“Realist champ in the room. How you doing?” says NZO in a Twitter video promoting his Pro Wrestling Tees store and his Real1MixtapeTour2020.

In the video he reaches around his waist, unbuckles and shows off the WWE Cruiserweight Championship belt.

“I am taking THIS thing everywhere I go on the Real 1 Mix Tape Tour 2020 when I hit the independent wrestling scene for the first time in my life,” he continues.

NZO announced that his first match is this Friday against Ricky Morton and his son with Brian Pillman, Jr as his partner.

In January of 2018, police began an investigation into claims of sexual assault against NZO. The WWE fired him for not informing them of the investigation and possibly due to backstage heat he was getting from the other wrestlers who didn’t appreciate his behaviour.

In May, the Phoenix Police Department ended their investigation citing insufficient evidence against NZO.

On Ryback’s Conversation With The Big Guy podcast, NZO stated: “When I got sent home on the 25th anniversary I had a title around my waist. I was maintaining my job at the highest level in the world. Coming out in the main event of matches and somehow through getting falsely accused, getting my livelihood ripped out of my hands? People think that I’m a bad guy.”

NZO expressed his anger towards the WWE by appearing at Survivor Series in 2018 and having to be removed by security at the Staples Center in Los Angeles. NZO insisted he bought a ticket to the show and didn’t break any laws by attending the pay-per-view.

Later that year, he told TMZ he would never wrestle again.

“There ain’t nobody who’s got enough money to put me back in the ring, kid,” NZO said. “Not unless it’s ‘Creed 3’ dog and I’m fighting [Adonis Creed].”

Since leaving wrestling, NZO has focused on his rap, music career with some of the lyrics in his songs taking shots at the WWE.

A new belt was also created at the time.

When it was determined that NXT Cruiserweight Champion Jordan Devlin couldn’t defend the title due to COVID-19 travel restrictions, the WWE held a tournament to decide an interim champion. El Hijo Del Fantasma won the tournament and is the current champion.