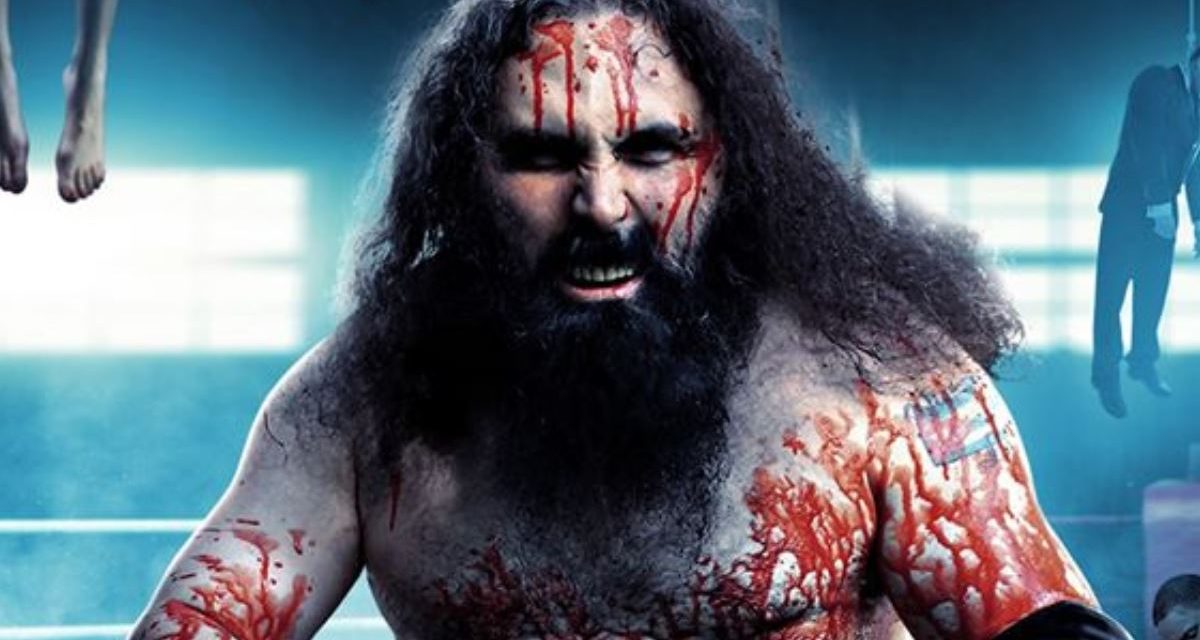 Today marks the culmination of a long journey for a horror movie project by actor Richie Acevedo, known in the wrestling ring as the younger Cuban Assassin, and director Brad Twigg. WrestleMassacre, debuting on digital disc and On Demand on June 16, 2020 from Fuzzy Monkey Films and Wild Eye Releasing, began in 2016 as a small slice of a story in a horror compilation film series called Frames of Fear.  Acevedo and Twigg worked in tandem to develop it into a feature-length film by 2018, and this year they secured national distribution from Wild Eye. In advance of the release, Acevedo spoke with Slam Wrestling about the film and his acting aspirations.

In the film, Acevedo plays the part of Randy, a wrestling-obsessed groundskeeper who dreams of making a go of it in the ring. After he is summarily ridiculed and beaten down, Randy takes out his pent-up frustration on everyone that he deems his enemy. It promises to be violent and gory, and unapologetically so. To chart Acevedo’s path to his first starring role in a feature-length film, however, we have to take a quick trip back in time to Eastern Canada. 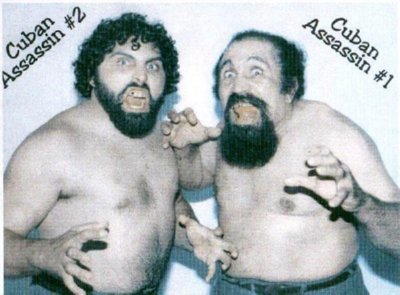 In wrestling, Acevedo followed in his father’s Ángel’s footsteps by taking on The Cuban Assassin moniker after earning his stripes for Atlantic Grand Prix Wrestling, where his father had become a mainstay working for Emile Duprée. At this time, around 1989, Richie met René Duprée, the 5-year-old son of Emile. Their connection became of vital importance to Richie in both wrestling and acting.

When Richie returned to work in the Maritimes ten years later, he was struck by the change in the younger Duprée. “René was a hulk, biggest 15-year-old I’d ever seen,” he laughs. At the time, René happened to be working on a wrestling scene for a French TV series, and his opponent had, for some reason, refused to work. The rest is history, or as Acevedo labels it: “Synchronicity. The producer was a fan of the original Cuban Assassin, and René brought me in the next day. It was my first time doing anything like that, before that it had always been wrestling. I went to the arena [where they were shooting], the producer took me over to sign papers and paid me right away in cash. Canadian!”

Acevedo learned immediately that the film business loses its glamour somewhat when you’re behind the scenes. “I was there from 5:00 a.m. to 5:00 p.m., a 12-hour day. Then I had just enough time to get a shower and go back to the arena for a 30-minute match that night against René,” Acevedo recalls, still incredulous. “René wanted to wrestle lazy because we were so tired but I wouldn’t let him!”

In terms of acting, however, that one day might well have been all she wrote as far as Acevedo was concerned. He wasn’t looking for a change in career and didn’t pursue it any further. As he struggled through hard times in his home in West Virginia, however, with a big financial commitment put into attempting to create his own successful wrestling company, he found himself calling on another part of the synchronicity from his time in Eastern Canada.

He received a phone call from Robert Maillet (Kurrgan in the ring), who he had worked with in Atlantic Grand Prix and remained friends. “In 2013 he called me up out of the blue to check on me and see how I was doing.” After coming clean and letting Maillet know that times were tough, he remembers getting this advice: “He tells me, ‘Remember when you did that acting in ’99? Well, once I started I never stopped.’ I wasn’t making plans to get into acting.  I was still trying to wrestle but I was out of the loop, and felt like yesterday’s news.”

Another call from a wrestling connection, again seemingly out of the blue, took Acevedo one step closer to a new profession. “Brian Logan calls me and tells me he’s in the indie film business and his first movie will be out about himself,” Acevedo recalls. The movie was called Worker: Last of a Dying Breed, and Acevedo remembers Logan saying, “I want you to be in it, you were instrumental in my career.” This had a big impact on Acevedo, being at a crossroads as he was. “You don’t realize how many people you influence.”

The final step for Acevedo came as he went to the cinema to watch Hunger Games: Catching Fire with his daughter, who was a huge fan of the series. Now, take this next part as either apocryphal or spiritual, but Acevedo made up his mind during the film’s screening to pursue acting – or it was made up for him. “I’m still thinking about maybe taking acting lessons. When the movie comes on, I hear a whisper saying: ‘Rich, you should be doing this.’ I hear it again, and I think I’m losing my mind.”

After that experience, he goes all-in and starts taking online acting lessons. “I realize this is like wrestling, but without the bumps!” 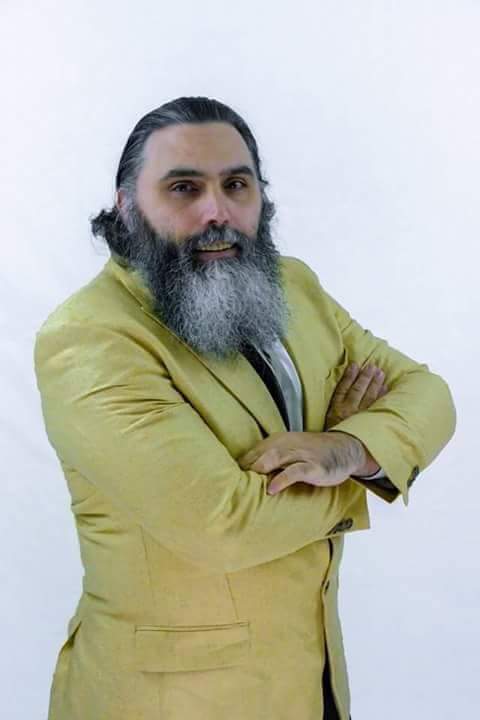 Acevedo cleans up well, too!

From there, Acevedo worked with Twigg on the short version of WrestleMassacre and other horror stories, but it’s not long before he’s picking up little jobs here and there, such as The Making of the Mob for AMC, and finding himself in demand as an extra on big productions such as Concussion starring Will Smith and Creed II with Michael B. Jordan. In WrestleMassacre, however, Acevedo takes on a producing role as well as acting, and he had some strong ideas of how to elevate the simple structure of a slasher film.

“Twigg kept talking about doing a feature-length film,” he explains. “I said I won’t have a problem investing, but it needs a story. You should tell a story with an old school wrestling mentality – a wrestling match shouldn’t really be interesting until the end. We did the premieres, and when I saw the finished product I was quite pleased.”

There’s a strong roster of wrestlers making appearances in the film, including Sandman, Tony Atlas, Jimmy Valiant, ODB, Manny Fernandez, and, naturally, René Duprée. A bittersweet addition is Nikolai Volkoff, who passed away a year after completing his scenes for the film.

With Acevedo talking with Twigg about a sequel to WrestleMassacre, working on two of his own feature-length film concepts (one called The Mountaineer, and the other a comedic revenge story about a shoot wrestler getting mixed up in a fixed match against a boxer), it’s easy to see how synchronicity has paid off the nearly 50-year-old semi-retired wrestler.

“I gave myself ten years to try acting,” he explains, looking back upon what he has accomplished in less than that. “I love it. I fell in with love it. Wrestling is a sacrifice and you have to love it. It feels like what I did in wrestling, I’m getting paid back another way. In 2013, 2014 I was in bad shape and acting pulled me out. Like Kurrgan, I haven’t regretted it. Now with WrestleMassacre in national release, you’re gonna see my ugly mug everywhere.”

One lesson that all of his adventures and exploits have taught Acevedo is to keep focused and on your game at all times. He relates a story about working beside David Morse on The Outsiders. He recalls being put into position for a scene and striking up a conversation with another actor beside him. “He shuts us down and gets us to stay in character,” he remembers. “He says that even when they say cut, there’s always a camera rolling somewhere. They may use something.”

It’s good advice. You never know who’s watching, who can help you achieve your goals, and where synchronicity make take you.

Watch for the Slam Wrestling review of WrestleMassacre in the coming weeks.