London vs Richards: Working through a concussion 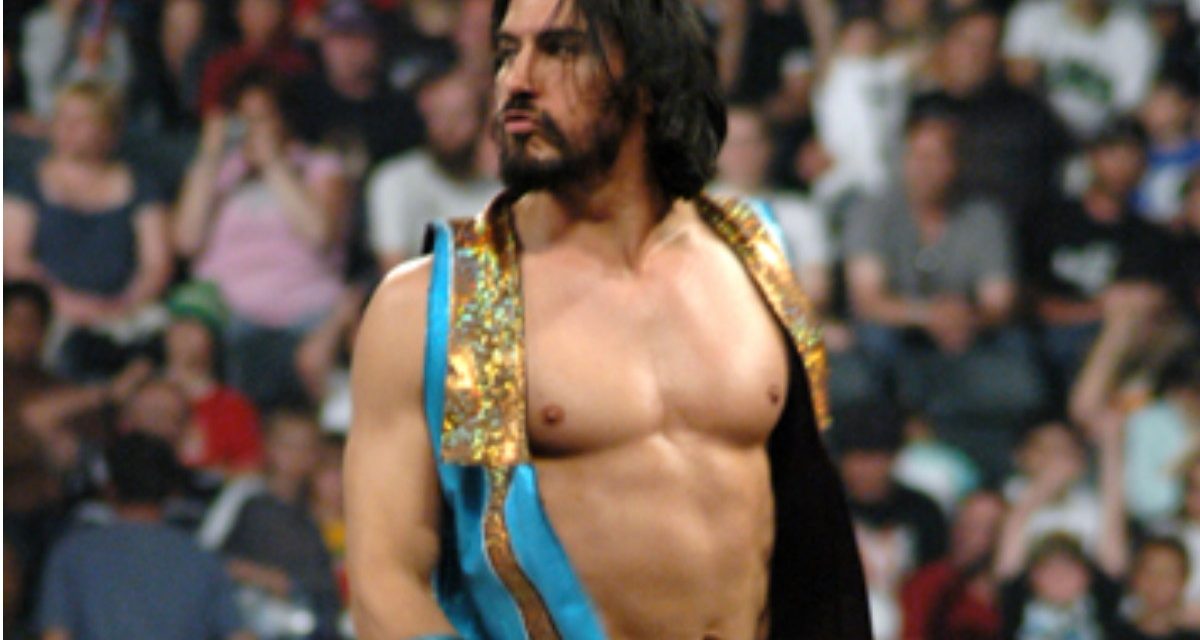 On Saturday night, during the Ring of Honor Border Wars iPPV, Davey Richards faced Paul London for the very first time. While Richards prevailed, the untold part of the match was the concussion that London suffered partway through, and how they carried on. Before the ROH TV taping in Toronto on Sunday afternoon, both addressed what happened.

But first a little background. 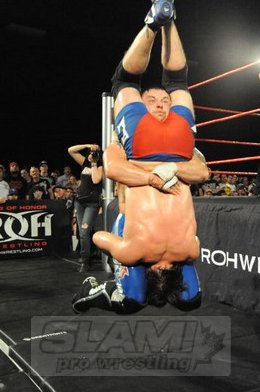 Davey Richards hits a spike piledriver outside the ring on Paul London on Saturday night. Photo by Mike Mastrandrea

Originally from Texas, Paul London, age 33, was involved in the very early days of Ring of Honor, and went on to a pretty well-respected career, including a long run in the WWE, usually alongside Brian Kendrick in a championship tag team.

Davey Richards, 29, from Washington State, has been a World champion in ROH and Pro Wrestling Guerilla, and is a regular in Japan. He also looked up to London.

The bout Saturday night at the Ted Reeve Arena in Toronto’s east end was pretty intense. Our reviewer, Nolan Howell, gave it 3 3/4 stars out of 5.

Towards the end of the match, the combatants took the battle outside the ring. Richards hit a spike piledriver on London on the mat that surrounded the ring.

That was the start of the problems.

Somehow, despite being out on his feet, London finished the bout, and even delivered a Shooting Star Press.

Richards won the match and saluted London’s efforts in the ring afterwards.

“It is what it is. What we do is dangerous, especially the way that we do it here,” said Richards. “This is a very hard, physical style. It’s to expected, really. You get through it as best you can. You deal with the bumps and bruises and you keep fighting on.”

Like his opponent, London said it was part of the business.

“I’m thankful that it was not a lot worse than it could have been,” said London. “I know that Davey was not intentionally trying to murder me, but it was just one of those things. Pro wrestling is pro wrestling, there’s nothing else like it. It’s definitely not ballet — nothing against ballet, they’re phenomenal athletes; it’s a hybrid of athletics and physicality that is unmatched. Every time we step in there, it’s a risk.” 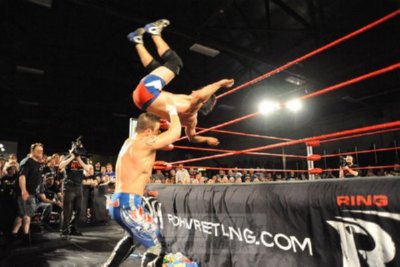 London admitted he had some butterflies in his stomach returning to a Ring of Honor card.

“I’m not going to lie, I had some nerves, because it had been near a decade since I’ve been back here, and this is the company that really helped establish me as somebody that promise or a possible future,” he said. “I was a bit nervous because, regardless of the expectations the audience might have for myself, it will never exceed the expectations I place on my own self. I think, personally, I might have been in my own head a little too much, but overall I enjoyed the experience. I think Davey’s a phenomenal, phenomenal wrestler and athlete. I think he has an amazing future. He’s currently amazing as it is, but he’s a guy I hope goes and makes lots and lots of money. I’d like to give him another match one day, when I can get back to 110%.”

The possibility of a rematch is open, it appears. London was scheduled to work the ROH TV taping on Sunday, but did not see any in-ring action. He did, however, sign more autographs and spend more time with the fans than anyone who was on the show.

He hopes to be back in a ROH ring.

“I still have a few more kinks to work out, but I’m extremely excited at the possibility of coming back,” he said. “The reception has been extremely wonderful. It makes me really proud to be a professional wrestler, being a part of Ring of Honor.”