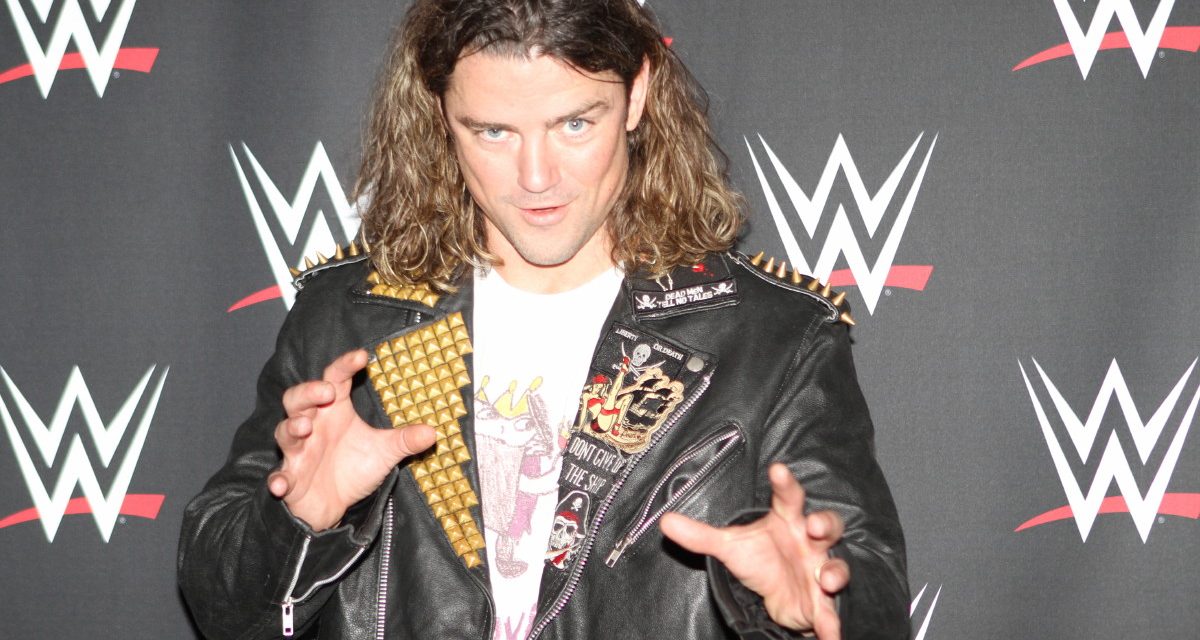 Brian Kendrick’s WWE career was marked with many ups-and-downs.

His 2003-04 stint is mostly forgotten. But his 331-day reign as WWE Tag Team Champion with Paul London was the fourth longest tag team title reign in WWE history. He was the interim WWE Champion during a championship scramble match at Unforgiven 2008. And as The Brian Kendrick on Smackdown in 2008, he gained quite a following for his eclectic style.

But things quickly went south and less than a year after his interim WWE Championship win, Kendrick was out of World Wrestling Entertainment following a forgettable stint on Raw. 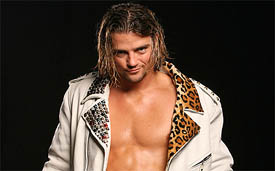 Kendrick told SLAM! Wrestling that his time on Raw brought out the worst in him.

“A lot of that time did,” he said via email. “I wasn’t satisfied, I felt that my work was good. My work was to wrestle, I am a good wrestler, I did a good job. I also know that certain behavior was encouraged, some actions were frowned upon, and I didn’t care.”

In fact, Kendrick said he had fun doing house shows and enjoyed the traveling and the actual wrestling, but television tapings were completely different animals.

“TV sucked because you saw a circus, backstabbers, power hungry people, suck ups, weak people,” Kendrick said. “Also lots of really great, nice, funny people. But I felt like a tool sitting in the bleachers waiting in case they need my skills for something.”

Kendrick even said he was smoking cigarettes during that time and if he had one now, he’d puke.

“The boss, I heard, not from his mouth, hates cigarettes, so I would smoke a half a pack a day at work,” he said. “It was also an excuse to get the f— out of the building for 10 minutes at a stretch.”

But despite being holding the WWE Tag Team Championship for a little under a year after winning the titles at Judgment Day 2006, Kendrick was unceremoniously released from WWE on July 30, 2009. He was released by WWE Executive Vice President for Talent Relations John Laurinaitis over the phone because of the economy, Kendrick said. Kendrick called the move to release him over the phone “cowardly.”

“He then tells me … I wasn’t really getting the job done like they expected, at which point I said, “Bulls— Johnny, I made a 60-year-old man look like he still belongs in the ring; don’t give me that.’ Johnny had always been very supportive of my work to my face, always. I know that was garbage. He then says, ‘Look do you want help getting to Japan or what?’ I was insulted. I don’t want his help. I told him I don’t need his help. I asked for the real reason, ‘Is it the pot fines?’ I had a script for it, I had heated discussions with Dr. Black, I had to refuse a test to get him to call me at one point. He wouldn’t admit to that.

“I wanted honesty, maybe I got it, but I think more likely I am dealing with a coward. He did fire me over the phone after all.”

Now, Kendrick is touring the U.S. independent scene. Following his WWE release, he went to work for Dragon Gate USA, something he said he’s enjoying a great deal. He’s always worked for Pro Wrestling Guerilla and competed in the big Battle of Los Angeles tournament. He defeated Austin Aries in the first round before falling to Joey Ryan in the second round. The tournament was won by Kenny Omega, who beat Roderick Strong in the finals.

“Battle of Los Angeles was fun for me,” Kendrick said. “It’s right down the road. The (Motor City Machine) Guns (Alex Shelley and Chris Sabin) crashed at our place which my wife Taylor and I always love, they crack us up, so it was worth it just for them to come over.”

Kendrick said for both Pro Wrestling Guerilla fans and indy fans in southern California, it’s the two biggest nights of the year. 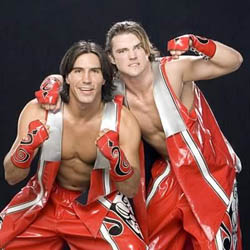 “For the local California indy wrestlers, it’s the show to be on, and it’s really fun for me to see the first-time guys who, for them, this exposure is the biggest they have had so far so they want to impress, but also you see nerves. I remember doing my first Super 8 tournament and the King of the Indies, I was pumped back then. I am 30, I have been wrestling for a little over 10 years now, those kinds of things help kill the cynic in me, and help me get excited. I still love the wrestling part of it, when everybody has a goal that concerns their art, not how much money they will make or it, or when jealousy gets involved, but when they just are excited about the moment they are going to be creating there art, that’s just the best to me.”

One of the long-time standouts of the independent scene, Bryan Danielson, recently signed with WWE and made his debut in a dark match Jan. 4. Kendrick made his pro debut against Danielson in 1999 — both were trained at Shawn Michaels’ school — and the two have a long history. Kendrick called Danielson “awesome.”

“I could have molded my attitude to be what they wanted. I prefer to be rebellious, or not be a slave, or what ever you want to call it. His lifestyle is clean, he should be fine,” Kendrick said. “He doesn’t have a problem with authority the same way I do.”

In fact, if Kendrick would’ve had his way, the two would’ve been back on the same track prior to his WWE release.

Kendrick says he has no intention of ever going back to WWE, saying he will not trade his happiness away to them again. But recently, rumours have circulated that he will soon be making his TNA debut to compete in the X Division.

But for now, he’ll continue to compete on the independent scene. He’s currently scheduled for a match against Jimmy Jacobs for Dragon Gate USA on Jan. 23 in Chicago. He’s appreciative of Gabe Sapolsky and Dragon Gate USA and isn’t limited by what WWE does/doesn’t allow.