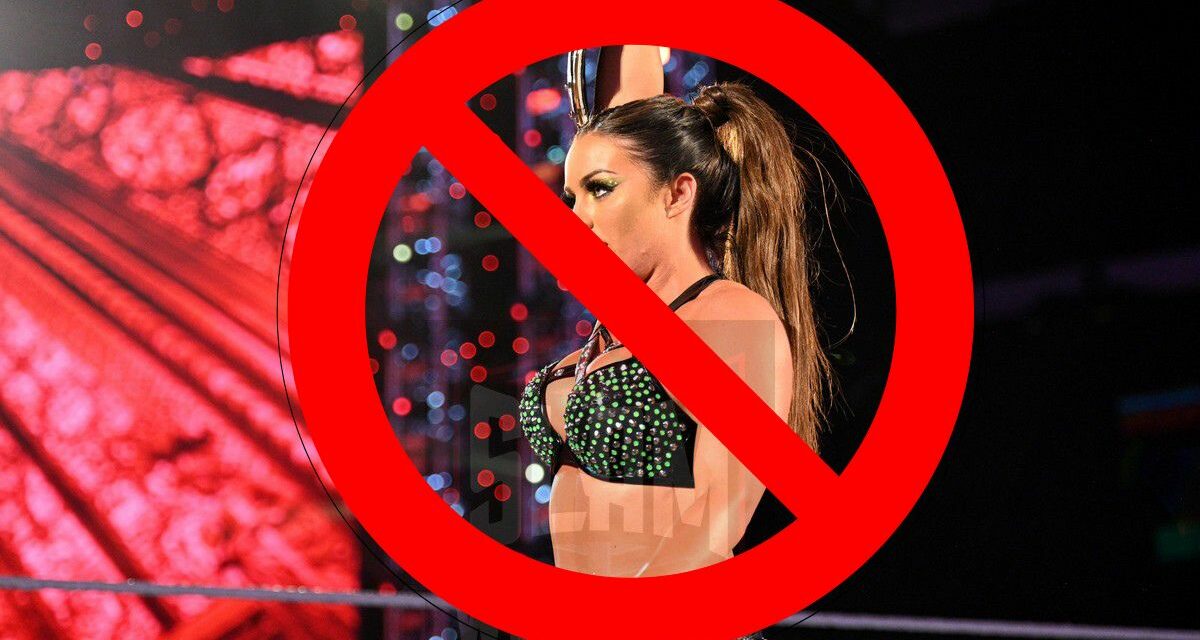 Disgruntled fans have taken to social media to express their frustration and disappointment with the WWE’s firing of Mandy Rose.

Fightful Select reported early Wednesday that Mandy Rose had been fired from the WWE for posting racy, adult photos on her FanTime account which members pay $25 to subscribe to.

In 2021, WWE enacted a new social media policy which bans talent from monetizing any of their social media accounts.

The company stated: “Much like Disney and Warner Bros., WWE creates, promotes and invests in its intellectual property, i.e. the stage names of performers like The Fiend Bray Wyatt, Roman Reigns, Big E and Braun Strowman. It is the control and exploitation of these characters that allows WWE to drive revenue, which in turn enables the company to compensate performers at the highest levels in the sports entertainment industry. Notwithstanding the contractual language, it is imperative for the success of our company to protect our greatest assets and establish partnerships with third parties on a companywide basis, rather than at the individual level, which as a result will provide more value for all involved.”

At the time of the announcement several stars across the industry slammed WWE’s policy. One was Zelina Vega who was fired for violating the company’s policy but is now back working for them on Smackdown.

Saraya (Paige at the time) wrote:

With it being a hot topic at the time AEW’s CEO Tony Khan explained their approach to social media.

“For our people, I don’t want people to be concerned that I’m going to stop them from trying to monetize their Twitch or even appearance money and things of that nature. I think there are gray areas. All of these different mediums, all these platforms are different and I probably have different answers on different platforms. I think some sponsorship stuff is a gray area. You know, if one of your big star wrestlers was to go try and get a Pepsi sponsorship under their Twitch and not as a wrestler, you’d be like, well, that seems like you’re trying to circumvent the company. For the most part, I support people going out and trying to go out on Twitter and monetizing that platform. I’m okay with people monetizing their YouTube, which I think is very clear here because a lot of people have YouTube shows and famously, Being The Elite, The Young Bucks’ show is not on the AEW channel, but we support it and our wrestlers are all over it but it’s not AEW’s show and I think a lot of our wrestlers have their own vlogs, and shows, and social media properties…I definitely think I wouldn’t tell people they can’t do anything outside the company though that seems too unfair and a pretty strong policy.”

413 days as our champion, give this woman the respect she deserves.

Here is what some fans are saying about the WWE’s decision:

I remember the interview Athena did. after her release. The WWE pushed her to wear more sexy outfits like Mandy Rose did.
Now they fired Mandy for being sexy. Can’t make the shit up.

Adding on to this, the double standard is insane. Wrestlers have been implicated in actual murder, failed multiple drug tests, gotten multiple OUIs, and other trouble and were given more of a second chance than Mandy Rose. https://t.co/uY6mqq2I9l

@WWE_MandyRose I'm so heartbroken about Mandy, I love Toxic Attraction as a whole group you ladies were just amazing and very entertaining

Considering WWE’s image I’m surprised they let Mandy Rose stay that long since she’s been posting revealing pictures for a while now. Maybe they told her to stop and she didn’t or they didn’t know it was like that until recently. Weird.

WWE has a long history of exploiting women’s bodies.

WWE once supported its talents posing for Playboy.

Mandy Rose wasn’t fired for sexy photos. She was fired because WWE couldn’t monetize them.

Reminder that the WWE used to promote their "divas" posing for Playboy.

But, when Mandy Rose chose to pose and make the money herself, without allowing a man/men to profit off of her body and empowerment, she's fired.

It's gross how sanitized #WWE is trying to keep itself as if the whole Attitude era never happened. Firing Mandy Rose was a straight-up bonehead business move.

@TripleH I hope with this Mandy Rose release u guys decide to do to the same thing to others who have done worse. The Usos had multiple DUIs and they never got fired or suspended. Same with Randy Orton. Also others got leaked Explicit stuff that still work for you

After everything she accomplished as @WWENXT women's champion the way it all ended just seems ridiculous, especially getting fired the next day. @WWE has no problem exploiting a woman's sexuality but she can't profit from it herself. @WWE_MandyRose deserved better.