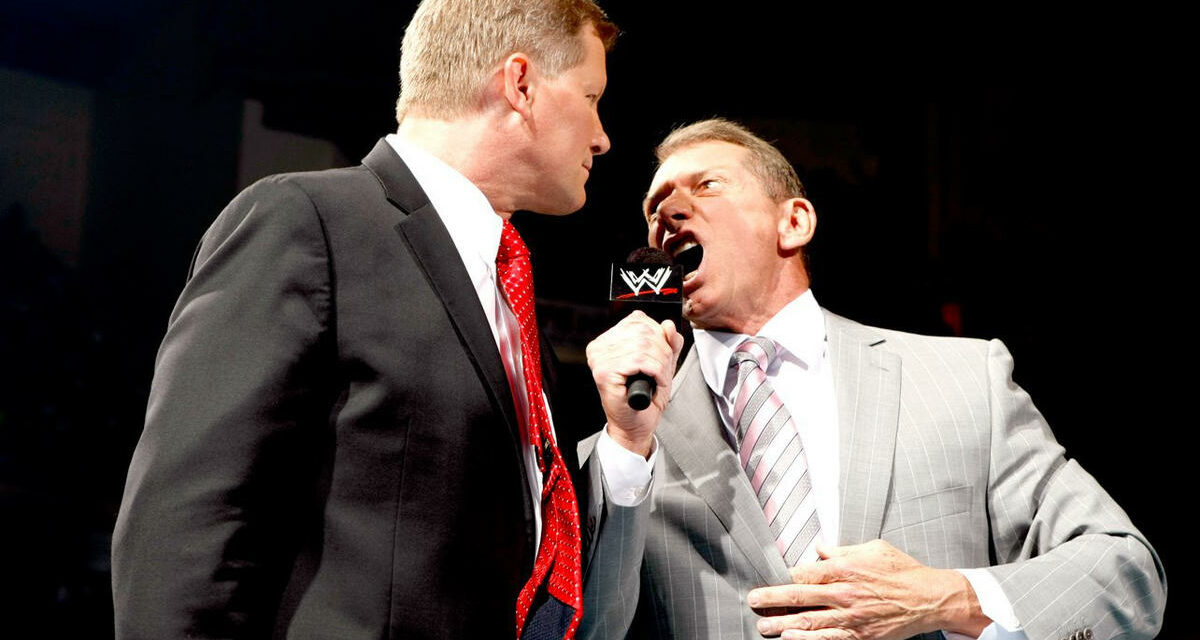 WWE’s Head of Talent Relations, John Laurinaitis, has been placed on a leave of absence by the company.

The Executive Director of Raw and Smackdown, Bruce Prichard, will be serving as the Interim Head of Talent Relations.

Laurinaitis will remain on leave until the findings of the Board of Directors’ are released.

Laurinaitis and WWE CEO Vince McMahon are currently the subjects of an internal probe by the company.

McMahon is accused of having an affair with a paralegal who worked for the WWE and then paying her $3 million to sign a non-disclosure agreement. Laurinaitis and McMahon are also under investigation for misconduct. McMahon has stepped down as WWE Chairman and CEO and his daughter, Stephanie McMahon, has taken over the position until the probe is completed.

“The first email, sent to board members on March 30, alleged that Mr. McMahon, 76 years old, initially hired the woman at a salary of $100,000 but increased it to $200,000 after beginning a sexual relationship with her. The email to the board also alleged that Mr. McMahon ‘gave her like a toy’ to Mr. Laurinaitis,” stated a report by The Wall Street Journal. The emails sent to the board were anonymous in nature.

McMahon has made appearances on last week’s Smackdown and last night’s Raw. On Smackdown, he thanked the fans in a brief appearance. On Raw, he informed fans that John Cena would be returning next week. The WWE has been promoting Cena’s return for weeks.