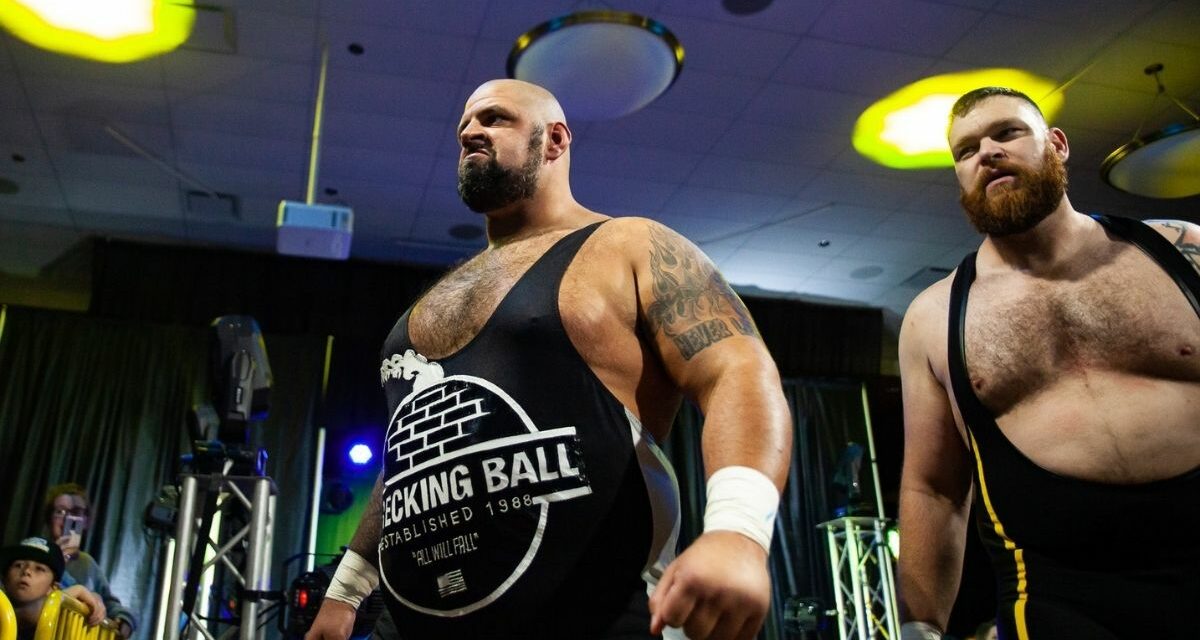 There’s nothing subtle about Wrecking Ball Legursky. From his massive size, to his booming voice, to his intense personality, in many ways, he feels like a throwback to wrestlers like Mad Dog Vachon and the One Man Gang. That kind of old-school persona makes him a perfect fit for the NWA, a company that’s steeped in tradition and in preserving the spirit of wrestling from days gone by.

Part of that tradition includes an emphasis on tag team wrestling – and as one half of The Fixers, along with “The Boss” Jay Bradley, Legursky is currently well-entrenched in that division. It’s a partnership that came about completely organically, he told SlamWrestling.net at last month’s Crockett Cup show.

“(Jay and I) just ended up randomly talking online,” he explained. “During the lockdown, we were in a wrestling training group, and we talked a little bit. We talked throughout the pandemic, and when there was an (opportunity), he suggested me being his tag team partner, and it’s been magic ever since.”

The two have gone on to earn some profile in the company, including being the special hosts of  the April 23rd episode of NWA Powerrr.

Legursky gives a lot of credit to Bradley for the team’s success, and considers him to be a real mentor, personally and professionally.

“As soon as I met him, he’s been like a big brother to me,” Legursky said. “(Jay)’s done a lot – he’s been in WWE, NOAH, Japan, he was a trainer at OVW. He’s very knowledgeable, been around the block. He’s definitely been very helpful to me.” 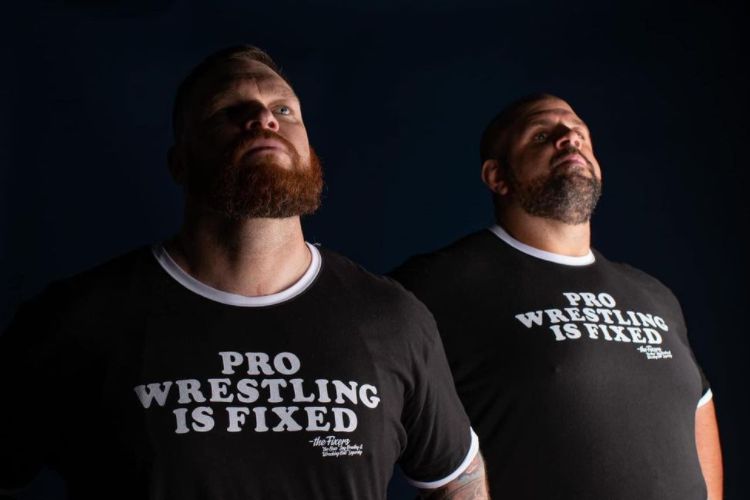 Being taken under Bradley’s wing is almost like being in a finishing school for Legursky, who has been wrestling for about ten years now.

“I played Division 2 college football in Connecticut, but didn’t have the career I wanted,” he said, describing his path to pro wrestling. “I had a few injuries – some knee surgeries, a couple of screws in my feet – nothing that affects me now, but it ruined my football career.”

“Growing up, I always wanted to be a wrestler,” he continued. “I grew up watching the Attitude Era – Shawn Michaels, The Rock, Stone Cold. But then when I got into wrestling, I started watching people that I was built like, guys like Bam Bam Bigelow, Vader, and Mark Henry. So as soon as football was done, I started training for wrestling.”

Originally trained at PWA in Connecticut, Legursky also attended a school run by Matt Taven and Mike Bennett, and continues training even today, now under the tutelage of Bubba Ray Dudley.

Given Dudley’s experience in tag team wrestling, it’s no wonder that Legursky has been absorbing some of that knowledge to help the Fixers’ progression. And he hopes that this will play out in the form of winning the NWA Tag Team Championship with Bradley at some point, which he notes is the most immediate of his list of career goals.

“Eventually, I’d love to be the NWA World’s Heavyweight Champion, but I want to win the tag team titles first,” he confirmed. “I’d definitely like to go to Japan – they like big gaijin over there. After that, I just want to keep growing and expanding. I want to keep (wrestling) as long as I can. And when I can’t, I’d like to give back in the form of a trainer or mentor to someone else.”

One of the things Legursky could easily teach people even today is in character building. His over-the-top promos and big personality are highlights on any show.

“I think what we’re doing is definitely working right now,” he acknowledged. “I think it stands out from where everyone else is, whether it’s here or anywhere else. Even though some of the promos might get a little goofy, people know we can still kick anyone’s ass.”

Unlike the saying on his team’s T-shirt, “Pro Wrestling is Fixed,” Legursky says there’s nothing really fake about the intensity of his character – indeed, he says that’s all him and it’s entirely legitimate.

“I drink a lot of caffeine, and listen to a lot of heavy metal music,” he said, revealing his secret. “I’m at that level when I’m in the weight room, when I played football, when I wrestle. It’s game day every day. That’s just me.”