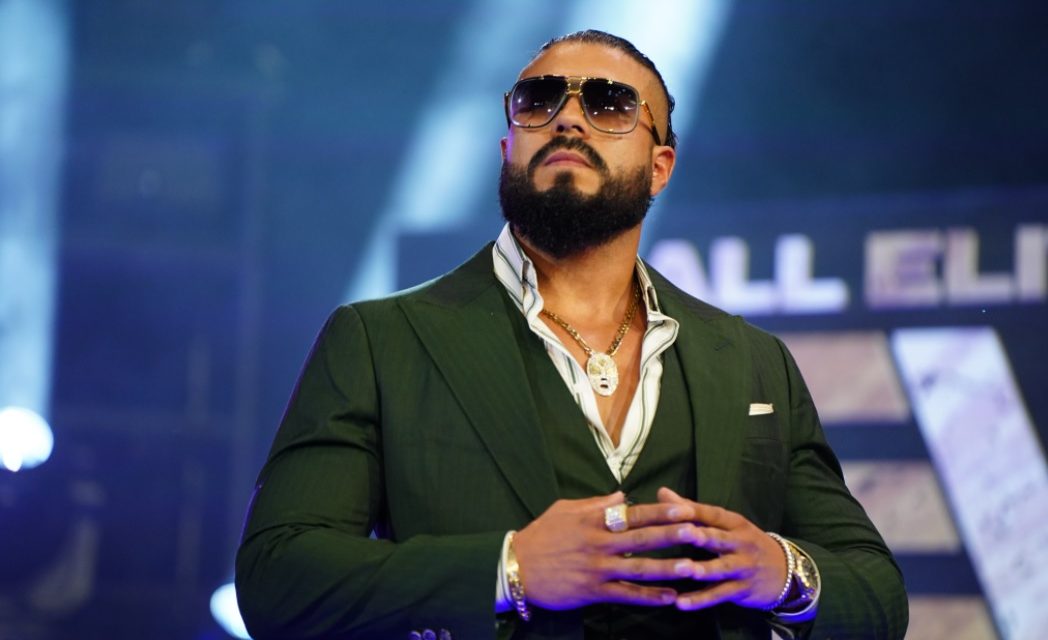 Summer is officially here, or at least the rising temperatures and my kids finishing school for the year sure hint that it is. Can AEW Dynamite heat up as well? It may have to since it’s been kicked to a late Friday time slot for the second straight week, where less people are going to watch by default. We’re still soldiering on, however, so let’s go live to TNT for two hours of action.

Oh, those dastardly heel Bucks. Not only did they put Jon Moxley on the shelf (allegedly), but they executed a backstage attack on Rey Fenix that the announcers say they won’t show on TV. To avoid giving them the satisfaction, one presumes. Michael Nakazawa gets ambushed by the self-appointed Elite Hunter, Frankie Kazarian, who smartly takes off before the Good Brothers can get their hands on him. Don Callis joins the announcers to do his dual gloating/commentating deal. A ref bump sets off quite a bit of shenanigans, with Nick Jackson trying to unmask Penta only to discover a second mask underneath, and Penta using a kick to the groin to set up the Red Arrow by Pac. Alas, Matt Jackson makes the save, and some interference by Brandon Cutlet allows the Bucks to steal a victory. The Elite tries to set up the Death Triangle duo for some post-match punishment, but Eddie Kingston arrives to drive them off.

Tony Schiavone heads to the ring to interview one of AEW’s latest additions, Mark Henry. He’s joining the broadcast team for AEW Rampage on Fridays in August, and he’s not here to fix anything because AEW isn’t broken. But will he get back in the ring again? He says he won’t say yes right now but also notes he has a lot left in the tank. Can the same be said for Vickie Guerrero, who climbs between the ropes and asks both men to leave. They do, and she’s here to introduce a third-generation wrestler who’s won championships around the world: Andrade El Idolo. Hey, I know that guy. AEW is already allowing him to cut more promos than Stamford ever did, even if it’s just to say that he’s here to be the new face of All Elite Wrestling.

It’s kind of damage control for Ogogo losing at Double or Nothing, with the announcers noting that it was only his second match and that Rhodes had to wrestle the “perfect match” to beat him. AEW really didn’t do him many favors by putting him in that spot so early, but let’s see what happens here. And is that a “let’s go Shotty” chant from the fans? Respect. Ogogo launches into a frog splash to break up the Figure Four that Cody has on QT, so that’s something. And there’s more to come, as some ref distraction by another member of The Factory allows Ogogo to knock Rhodes out with a right hand and give Marshall an easy three count. I see the plan here now.

Marshall gets on the mic and gloats about how he shocked the world, and specifically how Schiavone never believed in him. Maybe so, but them’s the breaks.

Miss the second Stadium Stampede? Then hopefully you’re watching this show and not just reading my recap, because highlights are rolling now. Urban Meyer saying a bad word? Yes, that’s in this package.

Chris Jericho drinks it in as the fans sing along with “Judas,” and he’s also psyched to introduce the Inner Circle as the winners of Stadium Stampede. He tells the fans to look under their chairs, because there are free t-shirts there. Nice. He calls Sammy Guevara the hero of the match and the reason the group is still together. The Spanish God gets his props, but as Santana reminds us, FTR tried to end he and Ortiz’s careers with piledrivers through tables, so they still have some beef. So does Jake Hager, who challenges Wardlow to an MMA match in two weeks on Dynamite. But Jericho may want revenge more than anyone else, as he’s still haunted by MJF pushing him off the cage at Double or Nothing. Though he’s not sure if he’s really the GOAT, Jericho figures that if he’s as good as people think he is, he will beat MJF. And if you haven’t got the message by now, the Inner Circle-Pinnacle feud isn’t over.

Speaking of something that’s not over, Orange Cassidy and Best Friends aren’t letting go of what happened during Cassidy’s world title match. On the other hand, Callis and Kenny Omega claim there was a conspiracy theory to take the belt off Kenny and they are going to blow the lid off it. Omega scoffs at the notion of Jungle Boy as top contender, though they do love his entrance music. We all do, guys, we all do.

For true hilarity, I submit Schiavone and Jim Ross discussing the clothes Private Party wears to the club and Tony saying “they got them Gucci belts on.” I swear I’m not making this up, and Schiavone makes fun of himself for uttering that line a few seconds later. Private Party is apparently undefeated in tag team competition this year, but we’ve rarely seen them on Dynamite as of late. Wasn’t signing with Matt Hardy supposed to elevate their profile? They were always on TV in the first year of AEW. Hardy is out here cheating his butt off for his guys, at least. Not sure that’s going to matter as hot at Jungle Boy is right now, and sure enough, he makes Marq Quen tap out to the Snare Trap — after kind of a botched move out of the corner, but hey.

Hardy sneaks up and lays out Cage with a DDT on the stage, so perhaps there’s a feud that’s going to happen. They do have plenty of history together.

Taz has some bad news for Hangman Adam Page, because he’s sending Brian Cage and Powerhouse Hobbs after him in a tag team match. He’ll get to pick anyone from the Dark Order as a partner, and I think I know who will volunteer the loudest.

Fresh off his first match in more than a half-decade, Sting tells the crowd that competing at Double or Nothing is right up there with any of the highlights from his distinguished career. Will Darby Allin get to talk? Not right now, because Scorpio Sky and Ethan Page interrupt from the big screen. Here’s an interesting tactic from the heels: They now claim Sting is carrying Darby, and to prove them wrong, he should pock anyone but Sting as a partner to face them. That’s certainly a fun twist.

Appropriately, Schiavone introduces new women’s champion Dr. Britt Baker. She teases that there are free burger coupons for all under the seats, but it’s just a setup for her to brag about how she did it all herself. Then she also mentions all the cheers she’s been getting, which is mixed messaging. Nyla Rose must really hate burgers, as she prevents Baker, Rebel and Schiavone from eating any, then starts popping Britt’s balloons, and then the segment just kind of ends.

Backstage, Pac and Penta aren’t very grateful for Kingston’s assistance. He simply says “the enemy of my enemy is my friend” before departing.

These women get more ring time than you might figure, even though some of it is during the “picture-in-picture to full commercial” combo that I’ll never understand. Where does Red Velvet rank among contenders in the women’s division? She helps herself with another win here.

Johnny Hungee is hungry for some gold, and Tony Khan has granted him a title shot. Unfortunately, he’s still not cleared to compete, so he gives the opportunity to Evil Uno, who promises to make everyone in the Dark Order proud. In a related note, Miro thanks God for his power and his wife for being hot. He’s less impressed by Evil Uno coming after his TNT Championship.

Unlike a Texas Bullrope Match, which is an old school gimmick that requires a competitor to touch all four corners to win, this regular variety is simply a no disqualification brawl with the rope keeping the two wrestlers connected and the bell usable as a weapon. The fight spills into the crowd, where some of the lower card athletes get involved. Fuego Del Sol, you got on Dynamite! Comoroto is busted open, and one expects that Rhodes may be too before this is over. Picture-in-picture with less than 10 minutes left in the show? Seems rude. Also rude is how Comoroto powerbombs Rhodes through a table, and while I’ve been somewhat snarky about this bout so far, this is the biggest showcase Comoroto has received to date. He even kicks out at one after the Final Reckoning on the cowbell. That doesn’t mean he’s winning, though, and Rhodes prevails in the end.

When is the next episode of AEW Dynamite?

Hey, guess what? The NBA Playoffs are still going. That means games next Wednesday, moving Dynamite away from its usual night and time yet again. The next episode of AEW Dynamite will air on Friday, June 11 at 10 p.m. ET. On the plus side, I get to use my catchphrase: See you in seven!

This was a show that felt inverted, with the best match first and an overall flow that petered out in the last half-hour. The night and time change certainly does Dynamite no favors, but so far none of the Friday night episodes have been able to capture the same energy Wednesdays have had the past few months. Maybe next week will be better, but there’s also a Saturday edition later this month, so … yeah.