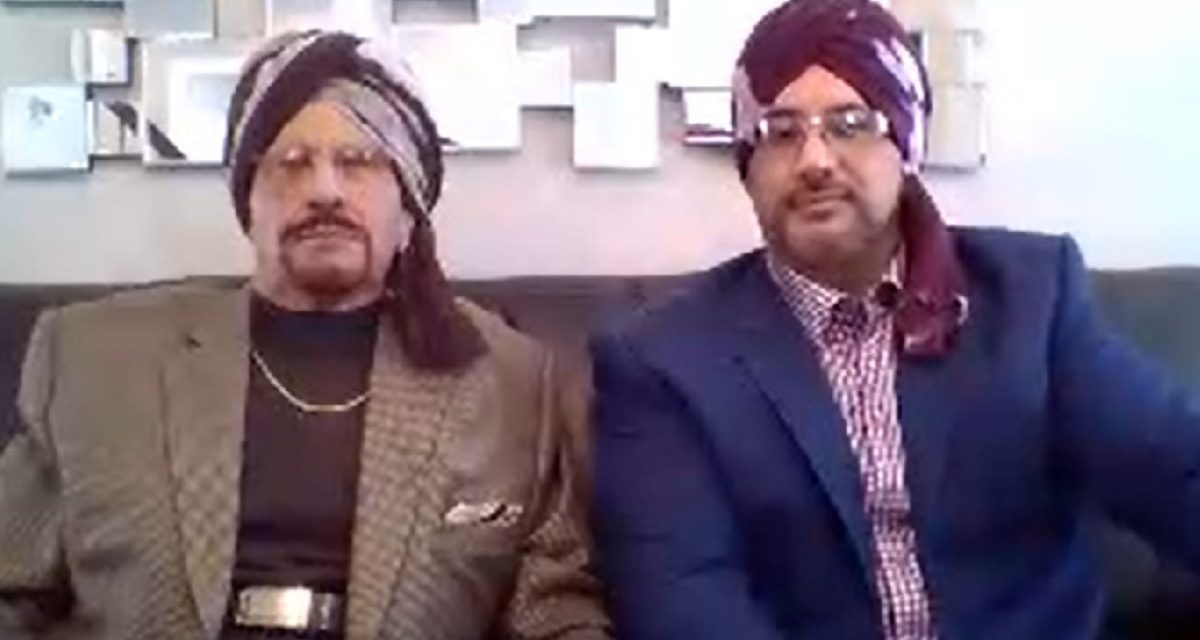 During his years wrestling in Japan, Tiger Jeet Singh was one of the biggest villains the country had ever seen. On Thursday, the country presented the Tiger Jeet Singh Foundation – the charity founded by Singh and his son, former WWE superstar Tiger Ali Singh – with the Consul-General’s Commendation in recognition of its contributions toward strengthening friendship with Japan, including its support of relief efforts following the 2011 earthquake. Talk about a babyface turn.

The award was presented to Tiger Jeet and Tiger Jr. by the Consulate General for Japan in Toronto, Sasayama Takuya, in a virtual ceremony with select media in attendance, including publications from Japan and India – and SlamWrestling.net.

The Singhs expressed their gratitude for the award and the kind words, noting the importance of giving back to their community, whether at home in Canada (the Singhs reside in Milton, Ontario), or internationally.

“I was always taught by my parents to do service for humanity,” Tiger Jr. said. “I was taught to never expect anything in return. But when you do get an honour like this, recognition like this, it comes as a great shock, but it also comes with great pride. We hope and pray for the return of normalcy as soon as possible for the wonderful people in Japan, and especially in the Fukushima area.”

The elder Tiger was equally grateful for the honour, particularly as it came from the country that he refers to as his second home.

“I spent 49 years in Japan, and I have so much love for Japan. When we heard about the tsunami, it was a big shock for our whole family. I knew we had to do what we could to help the people there, and especially the children.”

In that light, Tiger Jr. announced that the Foundation were making another donation of $20,000 for the cause, requesting that the funds go towards children’s hospitals and similar organizations. 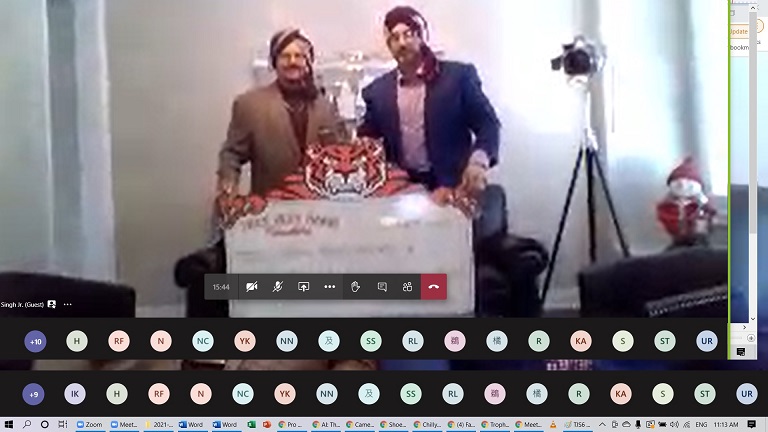 The generosity and good feelings expressed towards the country are a far cry from Singh’s exploits during his wrestling days, as was noted by some of the Japanese media. During the Q&A portion that followed the commendation ceremony, Singh explained that when he was wrestling in the country, being mean was key for his own safety.

“In a fight, anything goes,” he explained, regaling the press with some ‘old-school’ tales. “The people there – as much as some of them loved me, some of them hated me. I remember sometimes trying to cross the street to get to the building (where we were wrestling) from the hotel. The streets were jam-packed. I had to have bodyguards, because I didn’t know if I was going to be attacked, to be stabbed.”

He also described one of his most infamous moments, his shopping mall brawl with Antonio Inoki that helped make him a household name.

“I was in the shopping centre, and I ran into Inoki’s wife, who was a very popular actress at the time. She looked at my shoes and admired my shoes. Then she looked at my shirt, and touched the material and said she liked that. But then she reached up and touched my turban. My turban is very sacred to me, and I don’t let anybody touch it. So, I reacted and I slapped her. Her bodyguards were around me, and then Inoki saw me, and saw his wife on the ground. He attacked me, and we fought all around. We smashed up the entire place, breaking things, and going through the windows. When the police came, I ran to get a taxi cab, but none of them would stop because I was bleeding and my clothes were all torn. I finally had to jump in front of a taxi and they had to stop, so I told my manager to get in.”

“I had to stay in my hotel room for two weeks, because the police wanted to arrest me, and the laws didn’t let them come into my room. Finally, the New Japan office cleared things up, and I went to the police station. They accepted that it was self-defense, because Inoki had attacked me, so I was allowed to go.”

As despicable as he was in the ring, though, he always said that his true nature was much more giving, and it’s that nature that drove him to help others through the foundation.

“And that family includes my friends, my community, and my country. That includes all of my friends and family, everyone who suffered from the tsunami. I pray that God gives them peace and happiness.”