ROH raising the bar at Best in the World

Ring of Honor is having its best year to date with ticket sales increasing and more eyes on its streaming service. ROH is attempting to raise the bar higher this Friday night at the Best in the World pay-per-view. The main event will feature Dalton Castle defending his ROH championship in a three-way match against Cody and Marty Scurll.

Castle is under pressure to perform at Best in the World, which starts at 9 p.m. ET, from the UMBC Event Center in Baltimore.

“It’s definitely going to be a very, very exciting evening. I feel like for the first time in a long time I’ve got my back against the wall defending this World title so if there was a time ever to pull out some tricks and to do something big, this Friday at Best in the World, this is that moment for me,” said Castle Tuesday afternoon on ROH’s conference call to promote the event. 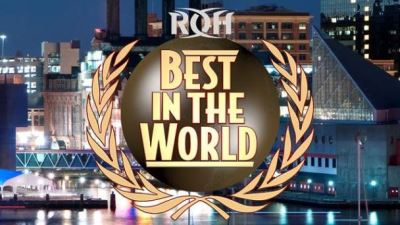 There has been some concern about the health of Castle due to his inability to wrestle lately. “I think it was a matter of injuries creeping up on me and ignoring stuff for a long time,” he said. “Here’s what happened, years ago I had a stress fracture in my back. I ignored it and let it go. When it healed the disk between my L4 and L5 had shifted out in some way that it caused several nerve impingements, which left me in excruciating pain.”

“This injury didn’t happen when I became champion. It happened before and I’ve just found ways to work around it, ignore it or rehab it in such a way that I could get out there. I would think that I was 100 percent, then a few weeks later it would creep up on me again. Suddenly, it intensified to a point where I would deal with it every moment of the day. So, I feel the effects of it. I don’t think it put me on the bench just yet.”

Dashwood distanced herself from the comedy roles that she has performed in the past (as Emma in WWE) to be more impactful in the ring. “I wanted to wrestle. I definitely wanted to be taken seriously to show myself that I could do it still and to give that back to the fans,” said Dashwood.

The reason Dashwood was able to change her in ring persona is from ROH giving her freedom in her work. “I found this newfound energy. I, all of a sudden, had all these new ideas in my head again. I wanted to try these things and ideas that I’ve done in the past and I’ve watch people and their styles and how to integrate that into our matches and all of a sudden I had a new passion and energy.”