Chase Owens recalls the past as he looks to the future

It has been his biggest show to date. At Wrestle Kingdom 12, Bullet Club’s Chase Owens competed in the New Japan Rumble and is proud to have eliminated Delirious, Yuji Nagata and Katsuya Kitamura.

“It’s unreal. I never would’ve imagined getting to do all this,” said Owens speaking to SLAM! Wrestling less than a day after his career-defining match. 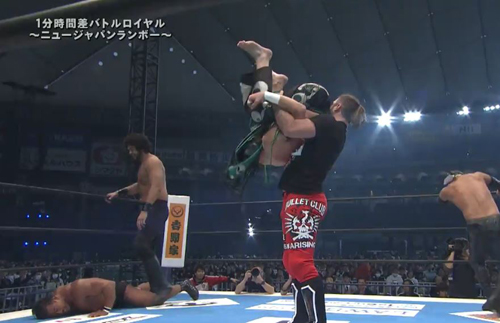 Eliminating the New Japan legend Yuji Nagata and one of the company’s young top prospects Katsuya Kitamura were feathers in Owens’ cap. Taka Michinoku and Yoshinobu Kanemar eliminated Owens later in the Rumble.

Originally from Virginia, the 27-year-old Owens is an 11-year veteran of the ring. He started his journey by training with Ricky Morton from the famed Rock ‘n’ Roll Express.

“Not many people can say they were trained by one of the best babyfaces in the world. Most people don’t know, not only did I train with Ricky but Bobby Eaton at the time was living about 20 minutes from us. So, a lot of times it was me, Ricky and Bobby all together. That was something else!” said Owens as we sat down to lunch at the Pepper Lunch in Tokyo. 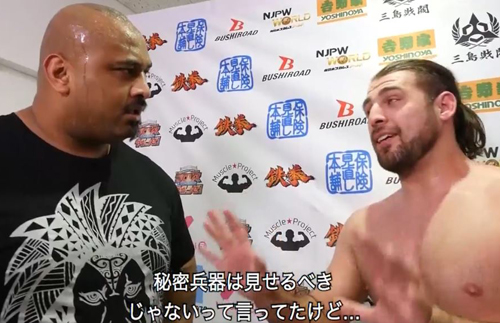 One of the biggest skills a babyface can have is selling the moves of heels and mounting that unforgettable comeback. Ricky Morton’s main focus was teaching those skills during the long car rides to and from wrestling events.

Those conversations paid off as Owens worked his way up the independent wrestling ladder. In 2014, Owens debuted in the CWE (Canadian Wrestling Elite) promotion, which is based in Winnipeg, Manitoba.

“Two of my buddies, Jason Kincaid and Matt Sigmon went up (to CWE) and started doing these tours and at the time these tours were five days to a week. They did a couple then I went up with them,” Owens recalled.

“I enjoy independent wrestling. Wrestling is in a state that is hasn’t been in for a few years. Everybody is getting more freedom,” said Owens. 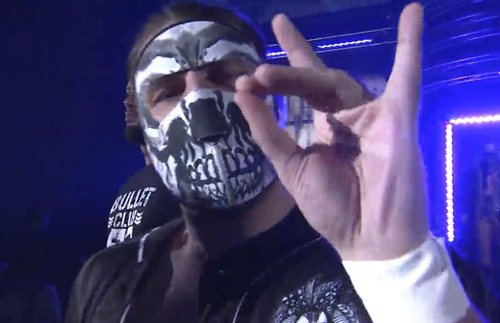 Things are just too sweet for Chase Owens. Photo Courtesy of: NJPW.

Would Owens ever be interested in going to the WWE since they are more regimented as compared to independent wrestling? In 2012, Owens got a taste of the WWE when he wrestled as Kevin Bendl teaming with Brian Edwards in a handicap match against Ryback.

“Eventually I would like to go there (WWE) but right now I wouldn’t. Ricky has been doing guest trainer spots for the WWE and he keeps saying for me to be ready but I’ve told him it’s not what I want right now. I’m having too much fun over here (in Japan) and enjoying New Japan Pro Wrestling.”

New Japan became interested in Owens during the joint NWA and New Japan shows. Owens did a couple of tryout matches in Houston, Texas.

“Even after the New Japan and NWA fallout, I was lucky enough to be the only survivor of the NWA group,” he said. 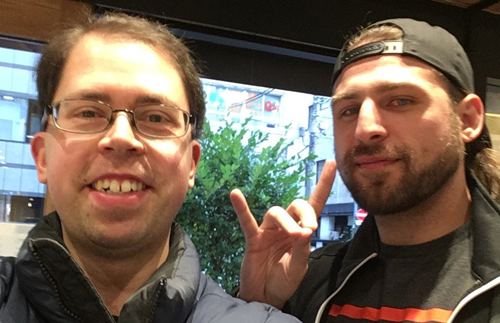 “I was extremely nervous (first coming to Japan). My second match here I was nervous because I was one-on-one with Jushin Liger. So, the second trip over and you’re facing the god here. I was definitely a nervous wreck. I still get nervous every match but not to that degree,” he admitted.

Shortly after arriving at New Japan, Owens joined Bullet Club and the very next day he was teaming with Kenny Omega in the 2015 Super Jr. Tag Tournament.

“Kenny (Omega) needed someone to tag with in the Junior Tag Tournament and I was friends with (Luke) Gallows from before. I think that helped. I wrestled AJ (Styles) just months before that. I had my visa, passport and all that stuff so I think everything kind of fell into place,” said Owens of his entry into the Bullet Club.

As for what the future hold for Owens and Bullet Club, Owens says his goal is to “keep improving and moving up the ranks at the best wrestling company in the world.”