Jimmy Havoc’s return to action was about as dramatic as you can get. The date was September 25, 2016, and the location was the Brixton Academy in London, England, for Progress Wrestling.

Havoc got a raucous ovation — once the crowd got over the shock — laying waste to Marty Scurll following his bout and saving long-time nemesis Progress co-owner Jim Smallman in the process. 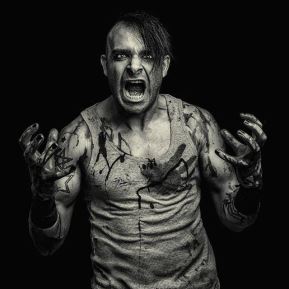 Jimmy Havoc and his unique look. Photos by James Musselwhite

“It was just another day at work, I don’t know why people were making such a big deal of it, it wasn’t that big a deal, there were only around 2,500 people there,” Havoc jests as he describes his return to in-ring competition following an eight-month layout. “Of course I was scared, I’d been away from Progress for a year at that point, there’s always the worry that people forget who you are, the crowd at Progress might have changed or would anyone care?

“I also kept thinking, will I be able to get in the ring without breaking my leg? It was a very good feeling coming back and I thought about quitting wrestling after that because I thought it couldn’t get better than that.”

It was during a tour of Australia in February that Havoc suffered the injury, a dislocation of his right knee as it buckled out from underneath him meant the Kent-born star tore both his ACL, MCL and meniscus. A successful surgery meant a long road to recovery.

“It’s one of those things. My physio says that a lot of it is more mental now than physical. The worries are all going to be in my head.

“The first three months of my rehab were incredibly difficult, everyday stretching and trying to get my leg back to full movement, since then I’ve been going to the gym, the same as before really, and working out. I’ve been doing a bit more wrestling training than I had done previously just to try and get myself back into ring shape but the thing I’ve noticed after my first match back is it’s going to take a lot of time to get that ring cardio back, it’s very difficult to get that on a treadmill or rowing machine, it’s a lot different.”

At 5-foot-9 and weighing around 175 pounds, it’s fair to say Havoc isn’t the biggest. However, he oozes star quality and determination. Originally seen across the UK by many promoters as just a hardcore type brawler, Havoc came to Progress with the mentality to change all that with a will and determination to succeed. He joined Progress in May 2012, debuting at the company’s second-ever event, losing in his debut and went on a six-match losing streak in the company, before becoming a very popular ‘underdog’ with the audience.

At Chapter Nine in November 2013, Havoc attacked promoter Jim Smallman and turned heel, while at the next event, Havoc would pick up his first victory and become Progress champion, using an open contract given to him by Smallman to defeat Mark Andrews, who had just wrestled both Paul Robinson and Rampage Brown in consecutive matches, to become champion minutes earlier.

It was the heel turn and change in character that completely flipped Havoc’s career. With ensuing chants of “Die, Havoc, Die” directed at him by the crowd and it’s fair to say he craved their hatred, and was never shy to create controversy or stir up the crowd to a fever pitch. Havoc became a character for which held no love or respect for anybody but himself, a man who strived to cause anarchy and destruction wherever he went and to anyone he stepped in the ring with.

In his first match back on October 30, Havoc was inserted straight away into a Progress championship opportunity against foe Scurll and Progress champion Mark Haskins. Being slotted into such a high-profile contest shows just how much faith Progress have in Havoc and how crucial he is to Progress, a company which Havoc believes put him on the map.

“I always saw myself as more of a hardcore wrestler but at the start of my career that’s all anyone else saw of me. The whole Progress storyline (in which Havoc entered into a feud with co-owner Jim Smallman during his 609-day title reign) helped to show a different side of me, not only in a wrestling sense but also in a character sense and being able to create story lines and be able to do promos.

“The run in Progress has allowed me to go to other places, I was in Australia for Melbourne City Wrestling and I’m going to SMASH in Canada, which I’m looking forward to. It should be a lot of fun.” 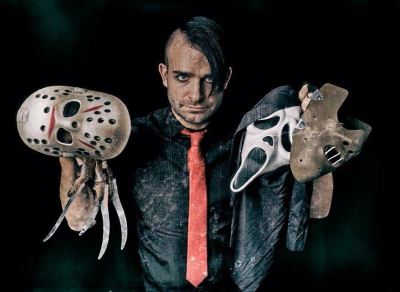 Havoc will appear for the Ontario-based SMASH Wrestling on November 11-13, working shows in St. Catharines, London and Toronto. He will also conduct a seminar during his time there. Havoc’s looking forward to plying his craft in front of a new audience.

“I’ve never been to Canada, so that’s an experience, plus to get to do what I do in front of a different crowd is always exciting and challenging as well. At least in Progress everyone knows who you are and you have that few years of goodwill with you, whereas those fans might not know who I am so I’ll have to start from the bottom.

“For me now at any show I do it’s gonna be different. After eight months off, not wrestling, I’m still gonna be finding my feet again. Eight months of not doing something you used to do almost every day you forget a little bit I think.

“I’m still a bit unsure of myself whereas before everything came naturally now I’m over analyzing everything, thinking ‘What did I do?’ ‘How did I get those reactions?’

“I think it’s a case of me finding my feet, finding out what works for me and how to compensate for my injury.

“Just going to places like Canada and Australia to wrestle means I’ve surpassed any dream I’ve ever had. For me as long as I can still carry on doing this job for as long as I can, earning money, getting to see the world, that is living a dream.”