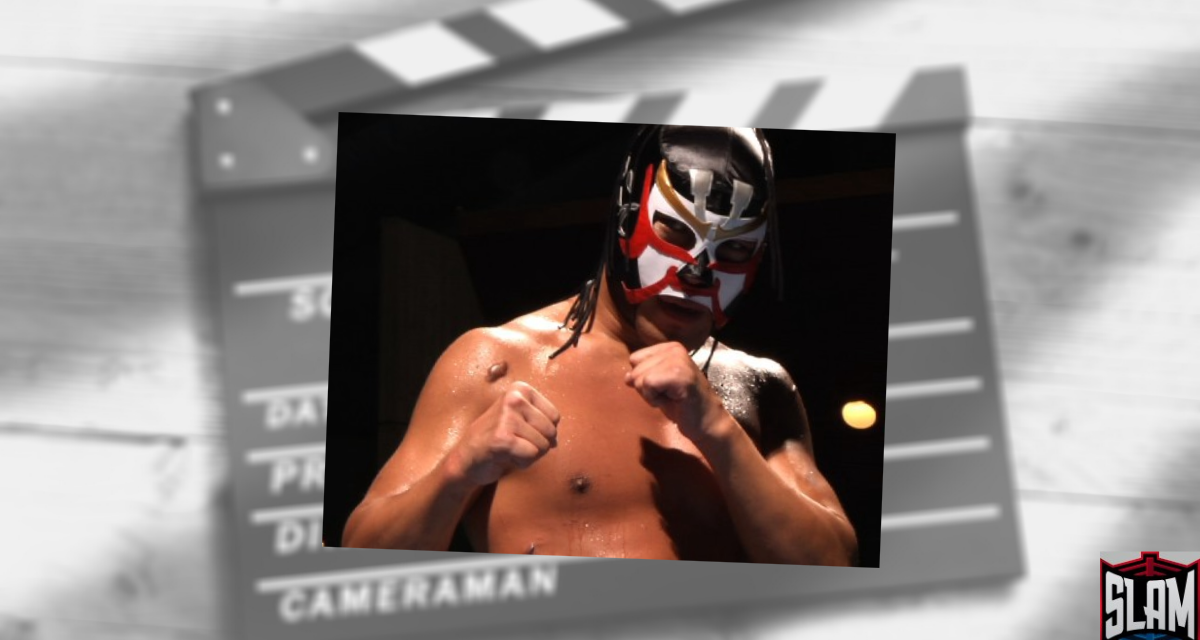 The thing about documentary films is that where they start off is not always where they are expected to end up. In the case of the recent film, The Great Sasuke, about the wrestler of the same name, if you go in thinking it’ll be a movie just about his wrestling you will miss out on an interesting journey into the world of Japanese politics where politeness rules the day, especially poignant compared to the mudslinging currently going on in the U.S. Presidential election.

For those who aren’t familiar with The Great Sasuke, the film does a decent enough job setting it up. He’s actually Masanori Murakawa (though that is never mentioned, and he’s never seen without his mask), from Morioka, Iwate, in the northern part of Japan, and got into pro wrestling in 1990 as Masa Michinoku. A trip to Mexico to further his skills results in the addition of a mask and a new name. Back in Japan, he begins to climb the ladder, to the point where he was, for a time, one of the biggest wrestlers in the country. Later, in April 2003, he makes a successful entry into politics, as a part of the Iwate Prefectural Assembly, becoming the first masked politician. A secondary, unsuccessful attempt to return into politics, dominates the second half of the film. 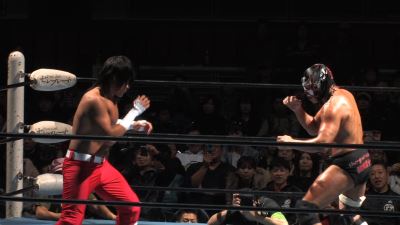 At a question and answer session after the Canadian debut of the film at the Toronto’s Revue cinema, presented by the Japan Foundation Toronto, the filmmaker Mikiko Sasaki said that the genesis of the documentary was because she was originally from the same hometown as Sasuke, but it was the upcoming 20th anniversary of his career in the ring as The Great Sasuke that was to be the original centrepiece.

“It initially just started out as this portrait of this character who I basically grew up watching,” Sasaki said, recalling friends in junior high wearing Great Sasuke masks at the height of his popularity. “Then all these things happened, including [the] earthquake and tsunami and then the election plan, the campaign to run for office again — he told me about it early on. So all these things did happen one after another, and we just kept on filming, and I realized that I had a much bigger story, or there’s an arc that really presented itself.”

The Great Sasuke talks in the film about how “wrestling is my calling” and that it was a message he’d gotten from God that led to “my awakening.” But at this point, he’s well past his prime, and admits to giving up the main event slots to younger, more active wrestlers. Like most wrestlers, he takes great joy in his craft and in interacting with people. This is certainly one spot where The Great Sasuke shines — Sasaki turns the camera often on the fans at the show, the joy on their faces, young and old, clearly evident. For the most part, North American wrestling fans are familiar mainly with the big shows in Japan, Korakuen Hall, the Tokyo Dome, presented by the major players, like New Japan Pro Wrestling and, once upon a time, the equally powerful All Japan Pro Wrestling. But Sasuke’s shows, promoted under the Michinoku Pro Wrestling name, are more like independent shows, presented in smaller venues, and the camera loves to follow him through winding corridors and to dressing rooms where he can collapse. Similarly, we see him out around town in a van hyping his shows, and then fretting over lower than expected ticket sales. 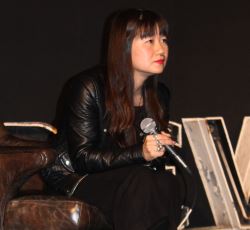 Mikiko Sasaki listens to a question after a screening of The Great Sasuke in Toronto on Sunday. Photo by Greg Oliver

Sasaki and her team take ordinary moments, like vacuuming or family dinner, and present Sasuke in his mask, like it’s completely normal. Instead of the nooks and crannies of his aged face, the camera delights in spotlighting the dozens of scars and welts on his body — especially his back, where someone says “it hurts just to look at it” — and the audience squirms as some of the more hardcore moments are described, like when he was stabbed during a match with a broken fluorescent tube. Yet there is very little actual footage of those days, his gory glory days, which may be a disappointment to fans of the extreme style that dominated Japan in the 1990s.

During both the Q&A and her interview with SlamWrestling.net, Sasaki addressed how tough it was to get Sasuke to agree to let his family be interviewed on camera. He met his wife in Mexico when he was wrestling (though she is originally from Colombia), and she speaks in Spanish in this Japanese language film, presented with subtitles. Their son and daughter do add to the movie, but we don’t get a lot of depth out of them, or understand who they are as people and whether they themselves have caught the wrestling bug.

The unexpected turn for the film came with the 2011 tsunami and earthquakes that devastated the coast of Tohoku, very near to Sasuke’s hometown. We travel with him through the devastation, and can comprehend how his overwhelming desire to help his fellow human beings leads to some wrestling shows to take their minds off the chaos. Another filmmaker might have gone astray here, focusing on the disaster and not the humanity, but Sasaki keeps it rolling in the right direction.

The Great Sasuke’s return to politics, though, tied into a renewed sense of wanting to help the community, is ultimately unsuccessful, but through his failure, we get a glimpse into community politics in Japan, like we get a look into independent wrestling. Though filmed long before Hillary Clinton and Donald Trump became such polarizing figures in American politics, seeing the way candidates deal with each other and the public — Sasuke apologizes every time he gets on the megaphone for the upcoming noisy message — gives a little hope for the world.

In the end, it’s about Sasuke’s love of wrestling. The documentary ties it all up neatly as the masked man works his 20th anniversary show, and confirms that “the ring is where I belong.”

EDITOR’S NOTE: For more on the film The Great Sasuke see its website where hopefully there will be details soon on wider distribution.