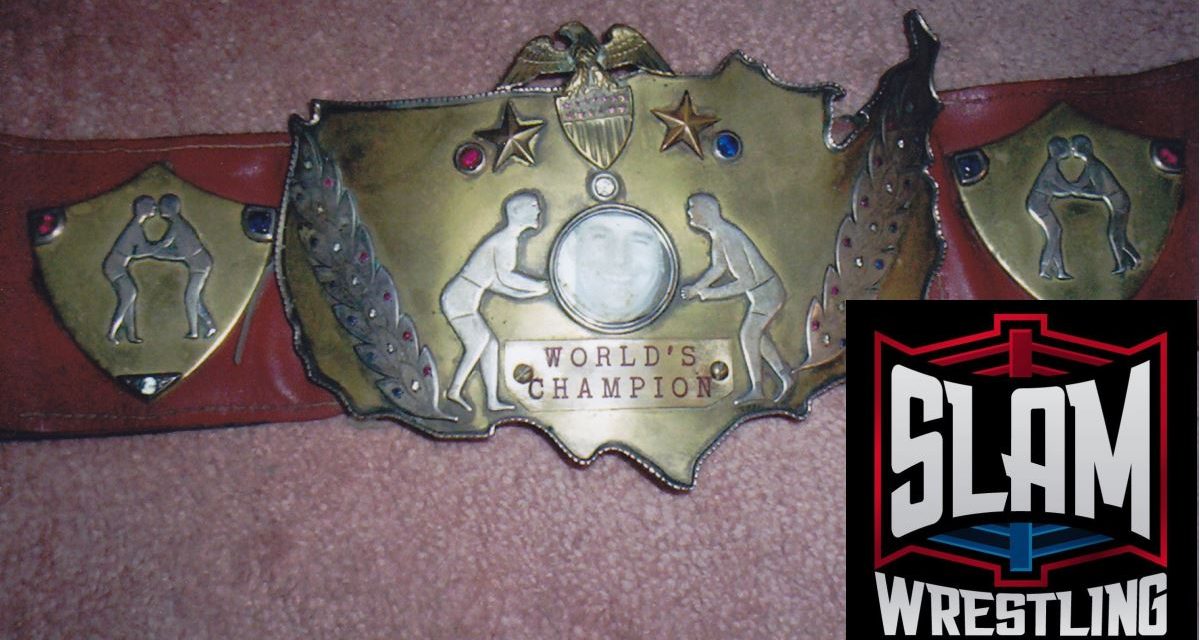 A major piece of wrestling history was recently discovered: The title belt that Buddy Rogers dropped to Bruno Sammartino to start off the World Wide Wrestling Federation in May 1963.

It was in Johnny Barend’s attic.

After Barend died in September 2011, it fell to his widow, Annie, to start going through their accumulated assets in their home in Avon, New York. She has plans to eventually move back to her native Hawaii. 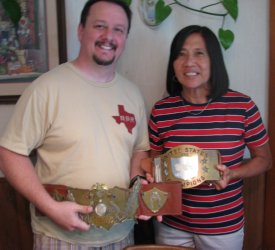 She was as surprised as anyone to come across two title belts in the couple’s attic, unglamorously wrapped in a bath towel. Johnny had never mentioned them to her, though she was more than familiar with his career.

Intrigued, Annie contacted me and got me a photo of the “World’s Champion” title belt, that had a small, circular photo of Johnny Barend in the centre.

After consulting a few historians and beltmakers, it was quickly established that it had to be the United States title that “Nature Boy” Buddy Rogers brought from Ohio to New York, the belt that was used when Vince McMahon Sr. decided to created a new world title.

“I’m not always that great with the older belts, but I recognized that one immediately,” said beltmaker extraordinaire Dave Millican, who makes the belts for the WWE, among other contracts.

Millican decided that he wanted to own the piece of history, with the added bonus of the second belt, a United States tag team title belt, with “1962” burned into the leather.

A deal was struck, and he flew up from Memphis on Friday to get the titles. “It’s been an anxious couple of weeks to get to see this thing, both of them, especially the U.S. one, in person,” said Millican.

As the matchmaker, I was invited along, and got to (briefly) wear the same title belt as Buddy Rogers and Bruno Sammartino.

Bruno Sammartino with the title.

In a phone interview, Sammartino admitted that he never knew what happened to the belt itself.

“That belt that Buddy had, they thought, I don’t know what they thought, they felt it wasn’t a good belt. I don’t know who had it, who gave it to them, whatever, but they didn’t think anything of it. They went and made the one that I wore all those years,” said Sammartino, who does have the original title belt that was created for his first title reign that lasted just short of eight years. It turns out that title, which was retired after a new belt was made for Pedro Morales, was languishing in an office. “Phil Zacko and [Gorilla] Monsoon gave it to me. That one I have. I had it polished up, because it was kind of worn.”

Worn would describe both of the belts found at the Barend home. But nowhere near worn out. Someone along the way had the foresight to use plastic ratchet straps to hold the leather in tight with the belt. The plates all need a good polishing, but are not significantly dented or worn in other ways.

It was fascinating listening to Millican explain things to Annie and I, just having gotten to see the belt in person. He made note of the 1962 plate on the tag belt, and how it had to have been used for more years than that, since there was evidence that another plate had been on the leather. Though we were all reluctant to do so, Millican swore that if the plate at the bottom of the “World’s champion” belt was screwed off, it would say “United States champion” underneath.

Given that Rogers and Barend were very good friends, Millican said that it made sense that the title belt ended up where it did.

Beyond that, there are still many unanswered questions, some of which will never be answered.

– Why is Johnny Barend’s photo on the belt? When and why was it put there? He was never a recognized world champion, but he did defend the title as a U.S. belt apparently.

– Did Barend get the title belt before or after Rogers died in 1992?

– What jeweler made the belt? When and where? It probably came out of Columbus, Ohio, where Rogers was established for so long and was the U.S. champion.

– Where is the other tag team title?

For the immediate future, Millican is going to put the belts in his safe, and plans to “dig up what I can find in way of old film or old photos.”

“This was from an era when even Buddy probably didn’t think the belt was worth very much,” said Millican.

Fortunately, it is now in the hands of someone who thinks otherwise.

Greg Oliver is the Producer of SLAM! Wrestling and this was easily the closest he’s ever been to being a World champion. For the record, he never let his five-year-old son, Quinn, be the World champ, just the tag champ.