Mat Matters: When a giant came for dinner 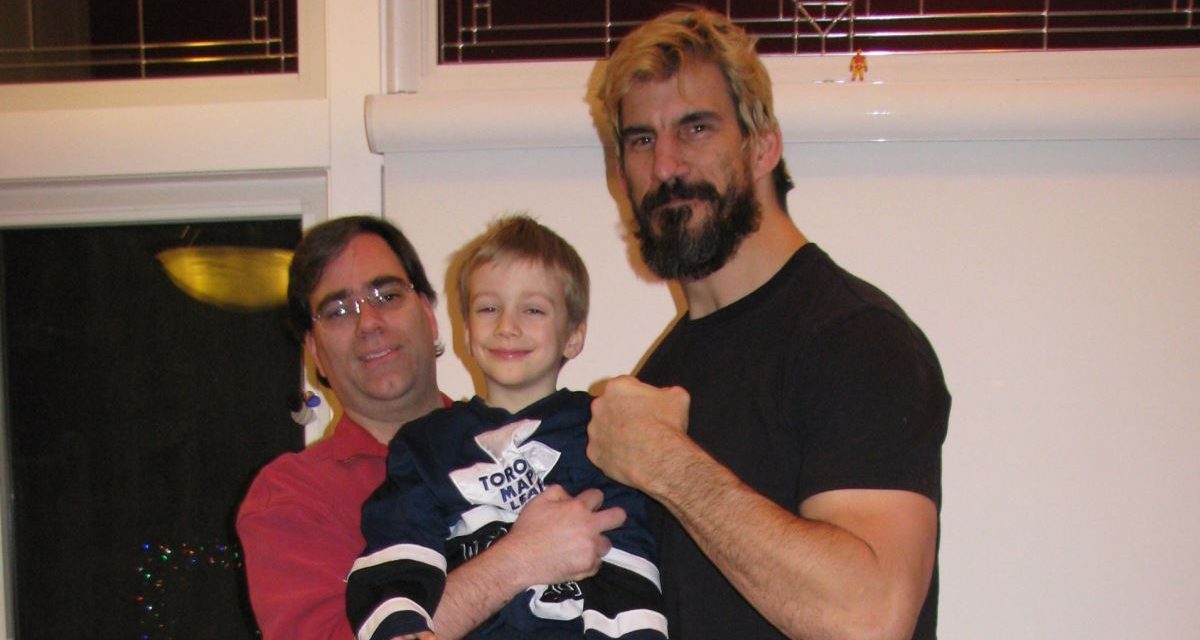 TORONTO — For the record, when Robert Maillet, a.k.a. Kurrgan, came to dinner, he did not eat us out of house and home.

In fact, he ate a normal portion of beer-can chicken, fries, and veggies.

That’s good, because we didn’t plan on entertaining a giant for supper.

Here I was thinking that the highlight of my day would be meeting “The Entertainer” Eddie Shack at a hockey card show, dragging my five-year-old son along to kickstart his interest in collecting.

Yet, on our way home, I was stunned to see Maillet at the Runnymede subway station in Toronto’s west end.

I’d met him a few times over the years, and he certainly knows SLAM! Wrestling and our regular Montreal writer Yves Leroux.

But what was a 6-foot-10, 300-pound wrestler-turned-actor doing at my subway station?

Turns out he was going to Wal-Mart on his day off from shooting the new Guillermo Del Toro movie, Pacific Rim, here in Toronto. Maillet had been instructed by his wife back in Buctouche, New Brunswick, to hunt down some unique scrapbooking goodies.

Catching up on the TTC bus ride, I invited Robert over for a beer, since we live within easy walking distance of the Wal-Mart.

So 30 minutes later, there he is, filling up our hallway. (I felt a little like Dagwood Bumstead telling his wife at the last minute that his boss was coming for dinner.) 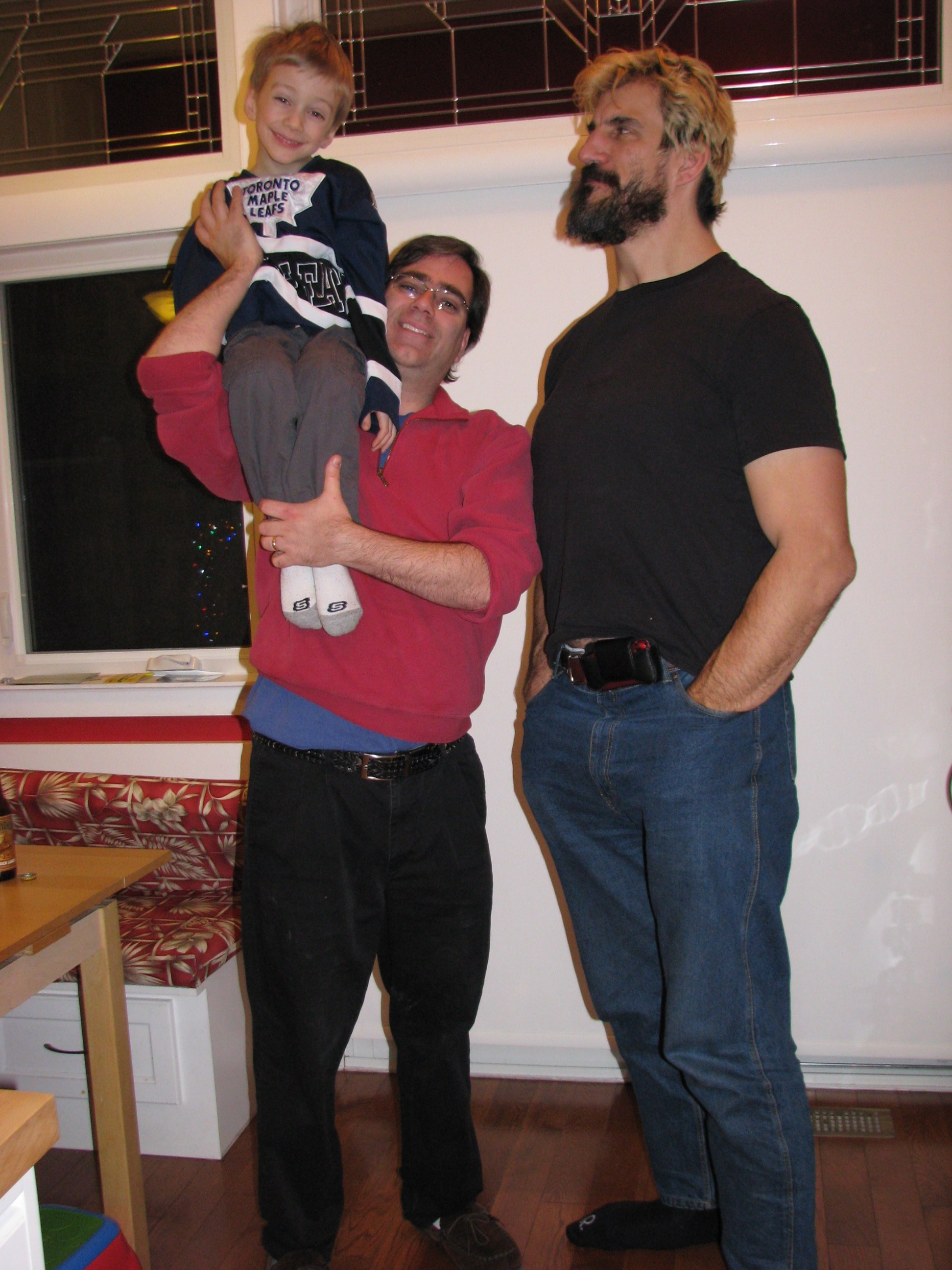 Quinn Oliver, on his dad’s shoulders, only slightly rises above Robert Maillet. Photo by Meredith Renwick

Maillet ended up staying for dinner, and we chatted about everything from his daughter, adopted from Ethiopia, his wife and step-daughters, right through to working with Robert Downey Jr. on Sherlock Holmes — for the record, once again, he did not break Downey’s nose during a fight scene; Downey did give him a nice bottle of champagne the next day to demonstrate that all was forgiven. He also talked a little French with my son, who has just started French Immersion.

Of course, we talked wrestling too, about the people we know in common, his travels around the world, some of the experiences, good and bad.

He knows he was fortunate to have been in the WWE during its Austin/Rock heyday, and still gets recognized more today as Kurrgan than any of his prominent roles, like in 300, Sherlock Holmes, and Immortals.

Coming out on DVD in March is Monster’s Brawl, which he talked very fondly of, especially the premiere at Montreal’s annual Fantasia Film Festival. In that one, Maillet is Frankenstein in a fest of fantasy fights.

Monster’s Brawl, with its small budget, is the polar opposite of Pacific Rim, a multi-million dollar extravaganza scheduled for release in May 2013.

In November, Del Toro described the movie to Wired magazine.

“It’s really, it’s a very, very beautiful poem to giant monsters. Giant monsters versus giant robots. Twenty-five-story-high robots beating the crap out of 25-story-high monsters. We’re trying to create a world in which the characters are real and how it would affect our world politically, how it would affect the landscape if creatures like this really came out of the sea, etc.,” the award-winning director said.

Written by Travis Beacham, Pacific Rim stars Charlie Hunnam, Ron Perlman and Idris Elba. Maillet is a Russian pilot sent to stop the aliens, and to play the part he has dyed his hair blond.

Having fed a giant, and perhaps offered a little of that seldom-talked-about Toronto hospitality, I got him back to the subway for a trip back to his downtown Toronto hotel. He wanted to hit the gym before an early wake-up call today to get back to work on Pacific Rim.

I look forward to crossing paths with him again, though who knows where!

Greg Oliver can now say that “Hot Shot” Johnny Devine is no longer the most famous (living) person to have been in his house, though having the Grey Cup stay over for a night probably outshines both. Greg can be emailed at [email protected].