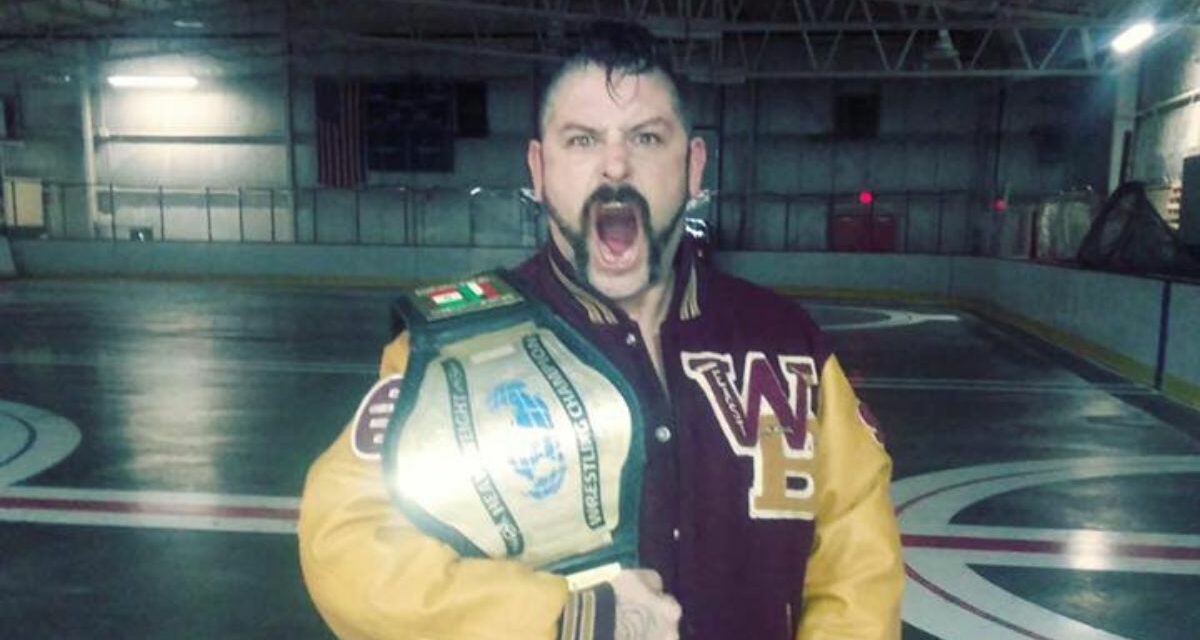 Damon Knight, a veteran of US Midwest wrestling rings, has died. He was 43.

One of his regular promotions, UPW Pro Wrestling, posted the news:

Its with a heavy heart we have to announce the passing of Andrew Smith, you would know him better as Damon Knight, one half of Knight Court. He loved entertaining the fans of UPW, and loved to be hated. Well most of you only saw the brash loud mouth Damon Knight, those of us that know Drew, know him as a humble funny caring guy. He will be missed by the entire locker room and by the fans of UPW. Andrew Smith, we salute you. And too “Damon Knight”. you still suck … He wouldn’t want it any other way.

Knight was born Andrew Smith on October 16, 1979, in West Bend, Wisconsin, and attended West Bend East High School. He then studied at Carroll University. He has been wrestling over 15 years.

Knight was on countless shows throughout the Midwest, and shared the ring with plenty of big names, like PCO, Rhino and the Rock ‘n’ Roll Express.

One of his top moments was winning the Minnesota Extreme Wrestling (MEW) Heavyweight title in 2015. After his win, he posted to Facebook: “Update alert… this past Saturday I beat Superstar Steve Stardom to become the new reigning MEW heavyweight champion! Its a goal I set for myself 2 years ago. Despite what anyone will say I busted my ass off for this title and will continue to do so to defend it. Thank you to ALL who believed in me. And for those who didn’t a bigger thank you for fueling my drive.”

The Minnesota Wrestling Hall of Fame wrote about him in 2015, reporting: “Minnesota Independent wrestler, Damon Knight, is a fan favorite. With his spiked hair and winning smile, kids flock to him at wrestling events.” Knight had gone out of his way to visit a young fan who had been in a car accident and unable to attend a card. 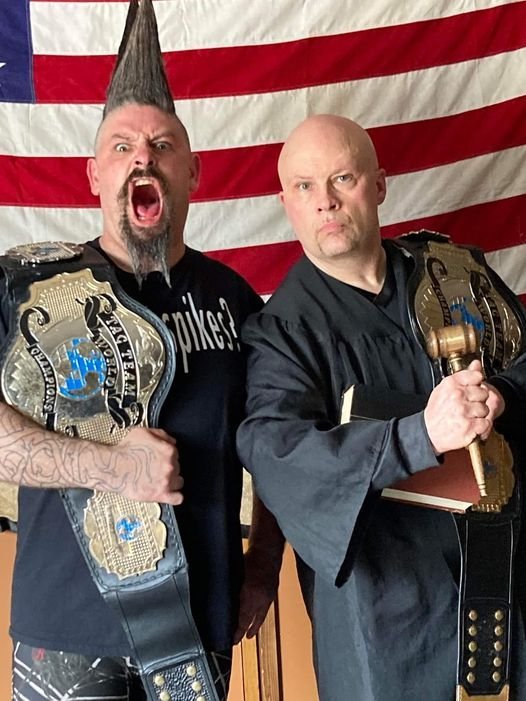 There were plenty of people who shared their memories of Knight in and out of the ring:

Zac McGuire: “Hard for me to post this but although we meet thru wrestling the bond and love we formed as brothers was much more .The shows and road trips to shows , bucks games and WWE as well as countless get togethers and talks your memories and you will always be with me so keep a cold one waiting for me we will see each other one day Rest in Heaven Damon Knight”

Benjamin Evenson: “Thankful to have known such a vibrant character in this life of chaos with the loving father and partner he was in it… RIP…Andrew Damon Knight until we meet again in the big arena brother we will all do everything we can to help you by loving and supporting your family in this time and remember the legacy of Damon Knight …. this is good bye for now! And we will love and miss everything you were…thank you my brother!”

Rod Attakullakulla, wrestler: “Another Wrestling Brother gone too soon. I shared the ring with this man many times over the last decade. Most were Main Event matches. You will be missed Damon Knight. Rest in peace Brother.”

Luther Berge, referee: “This is is hard. It rocked me more than I thought. I was able to ref quite a few of your matches and was able to build a friendship outside the ring. It was awesome because it could have been months since we saw each other in person but you were always happy to see me and met me with a strong handshake and a big bro hug. I loved talking either wrestling or brewers with you and even music. I remember meeting you for the first time in Winona at the east end rec center for a NAW show and you had the huge spike Mohawk going and i was like, who the hell is this guy and i gotta meet him. You were so cool and welcoming. This one stings brother, I hope you’re at peace brother. The bell tolls for thee.”

David Herro, promoter: “Damon Knight above all was an amazing father and good man. You will be hard pressed to find someone better. May your memory be eternal, Drew. You are adored and appreciated more than you will ever know. Thank you for your friendship and kindness. Chentel, you and the Zaiden have so many people for you to lean on. You extended family is here for you all.”

Frozen Tundra Wrestling, promotion: “We are heart broken and at a loss for words. We have lost one of our own. We will miss you Damon Knight. An original member of FTW from the start. We will never forget the memories. You will always be one of the Frozen Few.”

Justin Nett, wrestler: “It’s hard to imagine not hearing your loud voice, your contagious laugh, or share a blunt with you. The wars we waged on each other kept getting us in new places. Your dream was to just be able to say you did it once, I made you do it for life. There’s not a part of my teen to adult life where you weren’t there, messaging before my shows telling me to kill it. You were the first to always congratulate me on my victories, and the first to message after my defeats. I never knew what a true friend was until you. Thick and thin, you had my back, even if it got you in trouble. I don’t know how ill ever thank you for all those times I needed someone. I love you bro. Watch over us. My world is darker now, but you are that darkness, and I will embrace it.”

Further details on Knight’s passing on December 10, 2022, are not known at this time. He is survived by his long-time partner Chentel Huf and their son, Zaiden.

There is a GoFundMe page set up, the Damon Knight Drew Smith Memorial Fund, organized by David Herro, to help with expenses.