Battle of the Bulls at World Tag League 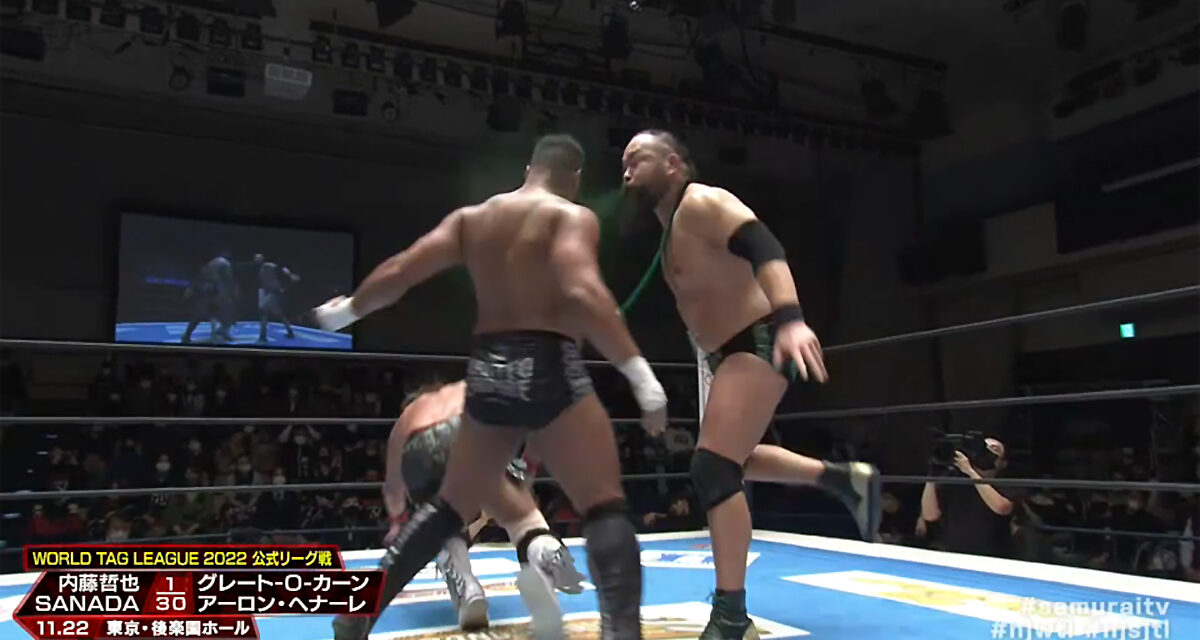 Alex Zayne, who is competing in the Super Jr. Tag Team Tournament with his partner EL LINDAMAN, was the guest commentator. All I know is NJPW should not only sign Zayne as he is an incredible personality and wrestler but he isn’t too shabby on commentary either.

Lance Archer gets a big ovation from the crowd. Dude, go back to NJPW. AEW is doing nothing for you at all. They are wasting you and your career like so many others.

Archer and Fale begin the match nose to nose. Neither bull will back down from the other. They exchange charges off the ropes. Nobody budges. When Suzuki and Owens tag in, Owens claims to be the “Number One Shooter”. Suzuki ends that peacocking by bending Owens’ hand back to his elbow. The fight spills onto the floor where Archer rams Fale into the steel barricade. Suzuki does the same to Owens. Archer slams Fale’s head into a Young Lion.

Fale and Archer have each other by the throat. Archer breaks Fale’s hold on him, clotheslines him out of the ring over the top rope.

The big mistake from Bullet Club is they allow Owens to take on Archer. Owens unleashes a vicious barrage but he can only keep Archer down for a one count.

Suzuki puts Owens in a sleeper on the top rope. Archer picks up Owens and delivers the Blackout. Suzuki holds one of the Young Lions so Archer can haymaker him into next Tuesday just for fun.

In the main event of night one it was Los Ingobernables de Japón  (SANADA and Tetsuya Naito) versus The United Empire (Aaron Henare and The Great-O-Khan).

Natio pulls out Khan’s book and a pen before the bell rang. He would like Khan to autograph his book for him. Khan says if Naito bows down to him, he will. Naito does. Khan signs the book. Naito shakes and quivers waiting for it to be handed back to him. Naito is pleased but as soon as the bell rings he attempts a sneaky pin on Khan.

Naito fights out of Henare’s Ultima. As Henare holds Naito, Khan spits his green mist. Naito ducks and it hits Henare instead. Sanada takes out Khan by splashing him on the floor. Naito pins Henare with Destino.

Oiwa wins with a Boston Crab on Yuto. Oiwa smacks Yuto around after the match.

Makabe drops the King Kong Knee Drop on Leube for the win.

They all brawl on the floor resulting in a double countout like last night. Taichi and Shingo end up throwing chairs at each other. Desperado and Hiromu chop each other into oblivion. The brawl goes on and on long after the bell has rung.

Gabriel Kidd is wearing a Japan football jersey. TMDK cut Kidd off from Coughlin for most of the match. Coughlin, the Android, slams both TMDK to the mat in massive feat of strength. Kidd tries to fight off both men but cannot. TMDK pins him with Thunder Valley.

Yoh rushes down to stop Dick Togo from choking out Goto. He gets clobbered by The House of Torture. Lio Rush intervenes and makes all the difference in the world. Hashi and Goto pin Yujiro with Shoto.

Yano and The Ace roll up United Empire in a set of school boys but they kick out. Yano and Tanahashi are furious with the official. The pitch him over the top rope. He lands on the apron. Aussie Open slams Yano and The Ace into one another. They pin Yano with Corealis. 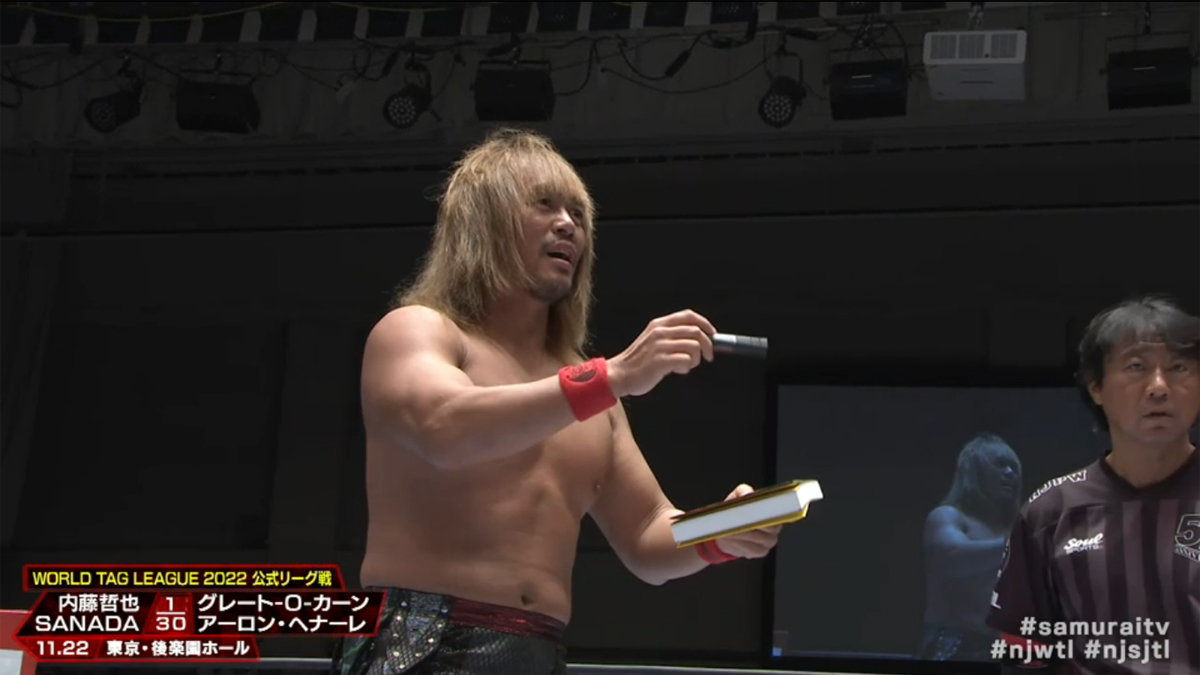