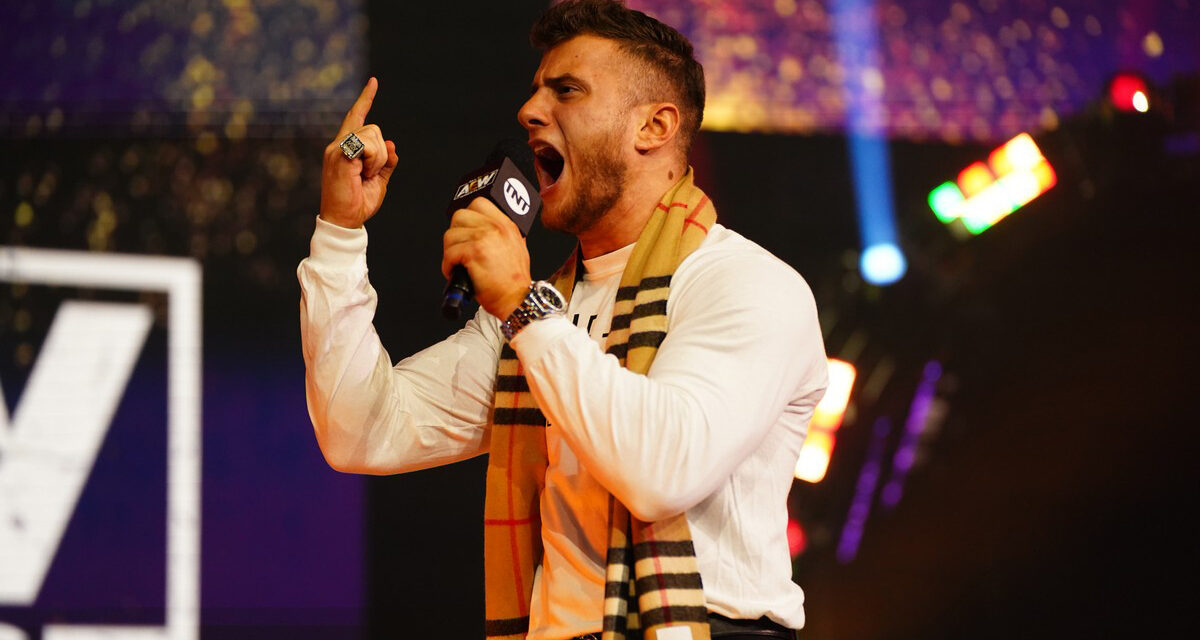 Tonight on AEW Dynamite Grand Slam there will be five championship matches. Tony Khan is hinting at a sixth.

A guest today on Barstool Rasslin’ on YouTube, Khan reminded viewers that MJF can cash in his chip for a AEW World Championship match at any time.

“MJF is going to be in attendance in New York City. He is looming over the championship picture since he returned at All Out and won the Casino Ladder Match which means he is going to have a shot at the AEW World Championship any time he wants. I will sanction that match,” said Khan confirming that MJF will be at tonight’s show.

When asked to clarify how the chip cash in works and how it affects the title picture Khan replied: “Any time, any sanctioned event, we can certainly make it happen. In this day and age with live television and pay-per-view events, all these opportunities, it is exciting to have a contender out there looming. To have this big championship match tonight on Dynamite it is that more interesting to have two of the best wrestlers in the world Bryan Danielson and Jon Moxley one-on-one for the AEW World’s Championship and to have a great wrestler like MJF looming in the background as a top contender with the right to challenge for the title any time. It is a very interesting championship picture right now in AEW.”

Khan’s on-screen and off-screen issues with MJF have made headlines. Khan claims he would support an MJF reign despite their rocky past.

The rest of tonight’s AEW Dynamite Grand Slam card is as follows: