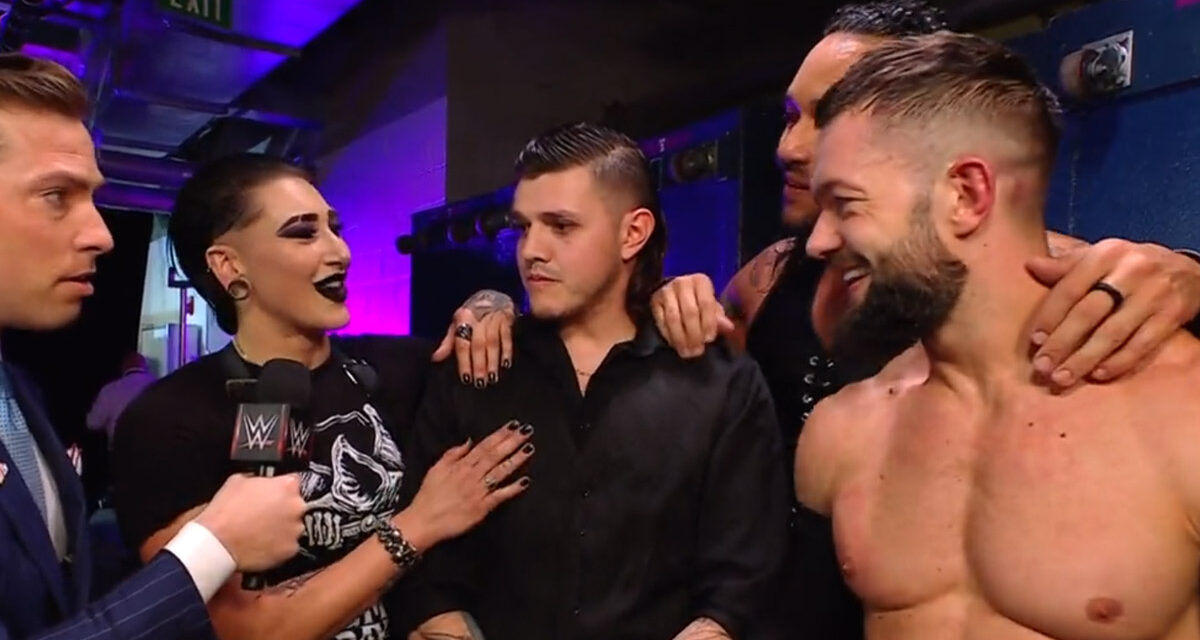 We’re live once again for Raw, and there’s no time to waste – we’re headed right into action.

To his credit, Lashley has been very strong in his position with the gold, but the problem is with the big belt tied up in part-time limbo, this is the only championship to go around and rightfully, Rollins deserves a marquee run.

Early, Rollins goes for a stomp, but Lashley’s neck is just too strong to fall to the foot. That was definitely unique. Heading into the first break, soon after, Lashley has the advantage outside the ring.

Coming out of the break, Lashley was largely in control until Rollins took to the skies. The two then began mixing it up in a submission display, which really was more advantageous for the MMA veteran Lashley. Rollins again took the advantage with high-risk offence but Lashley quickly regained control as we head into a second break.

Into the third segment, Rollins was in a much better position to get the W, but he couldn’t keep the big man down. Rollins attempted the submission win with a Crossface but Lashley broke free. Bobby looked like he was starting to gas a couple times, but he found a little more in the tank to keep what was quickly becoming a standout match going. Later, Rollins missed a Phoenix Splash and Lashley was able to get the Hurt Lock on, which Rollins escaped with a ref bump / Mule Kick combo. This led to Riddle coming out for a distraction and handing Lashley victory via Spear.

Tremendous action, one of Lashley’s better matches in his career. Rollins deserves something better than for the peaked battle with Matt Riddle to continue.

Bayley plays up to her hometown fans for a bit, before turning on her fans. Dakota takes the lead on the mic and shows that she is the future of the Women’s Division before Bianca Belair, Alexa Bliss and Asuka come out. Bliss challenges Bayley to a match, which leads to a confrontation between the six women. Bliss needs gold, then a match with Dakota Kai.

Elsewhere, Austin Theory is readying himself for action.

Theory attacks before the bell and Owens comes up limping. The match goes forward with Owens gaining control and starts to go into a formulaic pattern, something that is all too familiar for Theory bouts.

Owens, on the other hand, mixes up his offence and timing and starts to lead the match forward into a good flow. Owens hits an impressive Swanton for the deux. The “Who’s Your Daddy?” changes are getting annoying. Theory amps up soon after and is now finding his own groove and the two now have my undivided attention.

Theory eyes his briefcase and looks to introduce it into the match until Johnny Gargano steals it away. The distraction is enough to giver Owens the advantage and the duke after a Pop-up Powerbomb.

The match took a while to get going, but once it did these two showed incredible chemistry once again.

After the match Gargano returns the briefcase by dropping it on Austin’s theories.

Backstage, Matt Riddle is interviewed. We find out that Riddle is going to team with Rey Mysterio against Judgement Day.

We then get a summary of Logan Paul vs. Roman Reigns’ announcement.

Back to live action, the Brawling Brutes (or at least Ridge Holland and Butch) are in the ring and cutting a promo on The Usos until the Street Profits interrupt. It’s match time.

The Brawling Brutes vs. The Street Profits

The premise of two supposed face teams squaring off seems confusing. It’s hard to really get into this match as a result.

The action continues on, for what feels like an eternity, but it’s really hard to get into the match. The crowd chants “This is Awesome” but I’ll respectfully disagree with San Josers.

The Brutes mercifully put this one to close with a very weird tandem finisher. I can’t even describe it well.

Winners via pinfall: The Brawling Brutes

Very strong match, and if Paul Levesque is serious about getting Owens to the promised land, seeing Theory cash in on KO could lead to one hell of a feud.

After the match, we get a look back at Edge, Rey and the Judgement Day entangelement from last week. This leads to an interview between Mysterio and Sarah Schreiber.

Back from a break, Alpha Academy challenges Kevin Owens and Johnny Gargano to a match next week

Back to the ring we go as Judgement Day enters the arena. and get some mic time before their match begins. The group gloats about their destruction of Edge (again). Dom has nuclear heat from the homestate crowd.

The face tandem feels like Rey / RVD v.2, complete with a couple of their tandem moves. The match slows down a bit until Finn Balor goes for the Three Amigos. The spot is really, REALLY getting tired.

The pace quickens with Riddle in the ring, but the match, like every other bout tonight, crosses commercial breaks and just drags again. I said this a few weeks back – pacing is key in a good TV product, not just long match after long match. The exchange of advantage keeps running with the faces eventually getting more solid control with Rey hitting the 619 on Balor. Mysterio then heads to the top but Rollins returns to attack Riddle at an opportune time behind the ref’s back. Dominik then dares his dad to hit him with a chair and Rey refuses. This leads to the inevitable win thanks to Balor and the Coup de Gras.

We then flash back to last week’s interaction between Miz and Dexter Lumis, which brings us to Miz TV after the break, where Mizanin will have Lumis as his guest.

Miz talks about the harassment at the hands of Lumis and challenges him to come out. At first he doesn’t, but then we see a machete cutting a hole in the ring mat. Lumis eventually pops out and tries to drag Miz, then Ciampa down, but the Bleackheart pops Lumis with a microphone. He pops up later like a groundhog before disappearing again. Okay…

Just on an unreleated note, that Bob Ross sendup commercial is terrible.

Backstage, Judgement Day funs around until they spot AJ Styles. Former Bullet Club members Styles and Balor talk a bit and have a bit of a weird interaction. Seeds…

Before we return to live action, we get a refresher on Alexa Bliss.

It’s good to see that these two have their chemistry still, even if the roles have been reversed. There isn’t a clear advantage throughout the match, but damage to Little Miss Bliss’s knee puts favour, overall, on the side of the heels. The antics outside affect the ending as Bayley gets the duke.

Post match, Damage Control gang up on Bliss, then take Asuka apart. Bianca Belair comes in and fairs better for a while, but ultimately Damage Control’s numbers are just too much. Bayley steals one of Belair’s signature earrings and says the anticipated match between the two will take place at Extreme Rules.

The night ends on this note.