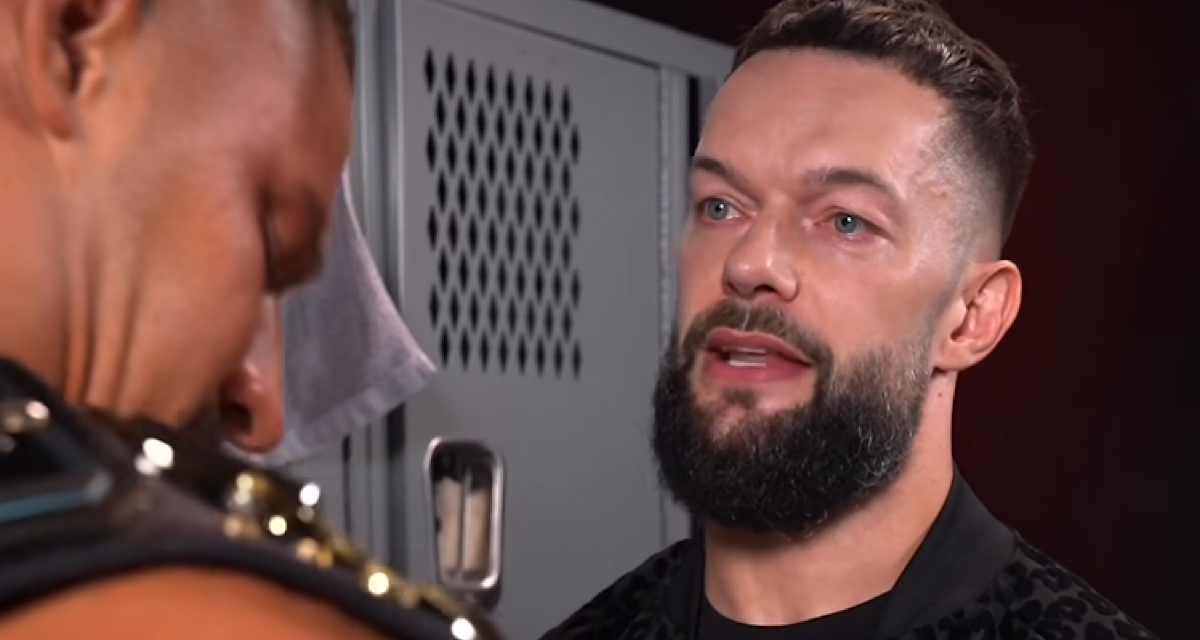 September 4 is NXT Worlds Collide, where the champions of NXT 2.0 and NXT UK will fight to unify their sets of championships. In tonight’s go-home show, numerous NXT alumni like Finn Balor, GUNTHER, and Rhea Ripley made cameo appearances for their respective brands while others like Ricochet, Doudrop, and Nikki A.S.H added to an already stacked card.

Waller comes through with energy and looks to talk smack before Crews makes his entrance, where B-roll shows the latter calling his opponent a “low-budget version of The Miz”; except out the gate, Waller displays more athleticism than his predecessor ever could. Crews takes control looking like Frozone in his icy tights until Waller inadvertently jams his eyes – which connects to the former’s “superpowers” and is an innovative way to head into picture-in-picture. Crews makes the short-lived comeback that is eventually stifled by Waller’s rolling stunner, combined with another eye poke, that puts the match away. Tough luck continues for Crews in what is supposed to be his redemption arc, but there’s just so much more stock in Waller.

Footage from World Championship Wrestling to NXT UK highlights the career of Meiko Satomura in a vignette. She has the opportunity to unify the NXT and NXT UK Women’s Championships at Worlds Collide against both Mandy Rose and Blair Davenport.

Roderick Strong tries defending himself to an untrusting Diamond Mine, who are instead focused on Gallus. Ivy Nile and Tatum Paxley walk in – the latter of which is wearing a face mask due to tough training in the Diamond Dojo presumably.

“I made that title the industry standard for who’s the best. Now it’s your responsibility to uphold that image,” says a returning Finn Balor to NXT Champion Bron Breakker – a welcomed cameo for sure.

New NXT Women’s Tag Team Champions Carter and Chance have done zilch since winning the gold, which probably should’ve gone to their opponents anyhow. Meanwhile, Toxic Attraction watches on in the Toxic Lounge, and Gigi Dolin and Jacy Jayne attack Nile ringside. The champions capitalize with a 450 splash for victory and announce that no challengers are left for them until Monday Night Raw’s Doudrop and Nikki A.S.H step up; the former NXT UK competitors issue a challenge for the NXT Women’s Tag Team Championships at Worlds Collide.

In her skyscraper accounting office, Kiana James talks down to opponent Zoey Stark while arguing with clients over the phone.

Schism is in-ring for a recognition ceremony, attempting to bring Cameron Grimes into their ranks. Leader Joe Gacy first gives Rip Fowler and Jagger Reed smiley face pins as a “you deserve it” chant echoes in the background. Grimes makes his entrance but announces, “I don’t need you.” He deflects Gacy’s criticisms until his deceased father is brought up, and Grimes starts throwing hands.

A sappy promo package extends the rivalry between Roxanne Perez and Cora Jade. Continuing to be the least threatening wrestler on the roster, Perez is seen texting Jade and blocking her number right after. That’s a cowardly move.

NXT Champion Mandy Rose is approached by Shayna Baszler, the one who should retain the record for longest reign, not the former. “If you don’t win on Sunday, everything you’ve said for the past year is garbage,” says Baszler.

“He called me creepy,” states JD McDonagh about Wes Lee. “I’d rather be me and be a little ‘creepy’ than be like Wes Lee and be emotionally fragile,” says McDonagh, who is like the overcompensating weird kid at school.

Speaking of school, this match spawned from Dempsey stretching out Chase’s students a little too hard last week. Dempsey is “an old-school throwback submission specialist” in the words of Wade Barrett, but Chase holds his own. The C-H-A-S-E U stomps go uninterrupted, but Dempsey recuperates with an STF. He takes out an innocent Bodhi Hayward ringside, but the side quest allows Chase to capitalize with a roll-up victory.

NXT UK Women’s Champion Meiko Satomura and Alba Fyre exchange respect in the back: “I won this from a great champion.”

Intercontinental Champion GUNTHER reminds Tyler Bate of the NXT UK Championship’s legacy: “You must beat Bron Breakker and unify those titles. European wrestling depends on it.”

Almost immediately Stark pulls off a crisp springboard and reminds everyone that before her injury, she was the most intense wrestler on the women’s roster. The accountant tries wearing her down, but the numbers don’t lie, and Stark’s finishing knee strike spells disaster for James’ win-loss record. The loser attempts a post-match attack, but partner Nikkita Lyons makes the save.

Blair Davenport is interviewed backstage before being interrupted by Rhea Ripley. “You look confident. Don’t screw it up,” advises the Judgement Day heavy.

Nathan Frazer and Axiom read Seth Rollins and the New Day’s comic books while having a tongue-in-cheek conversation about a British Rounds match at Worlds Collide. Axiom hasn’t been to NXT UK, they agree, but A-Kid sure has.

Gallus vs Diamond Mine

Faction warfare is even in the opening goings until Diamond Mine gains the upper hand to comical “USA” chants preceding picture-in-picture. Powerhouse Julius Creed is stifled by Gallus’ ring apron tactics, but Damon Kemp eventually receives the hot tag. Out comes Diamond Mine leader Roderick Strong with a phone of evidence that Kemp stomps away, but Joe Coffey capitalizes with a lariat for victory. Pretty Deadly, Josh Briggs and Brooks Jensen enter the mix for a massive pull-apart brawl in the tag team scene.

Ciampa returns to NXT to speak about the “responsibility that comes along” for Bron Breakker by holding “Goldy” the NXT Championship. “You represent this brand… (and) you add to our legacy.”

Quincy Elliot appears in a Spice Girls shirt stating that he’s “flier than a reindeer in the winter.” He is “coming to change the game.”

Great to see so many NXT alumni on tonight’s show, which made Worlds Collide on Sunday seem like a huge deal. The build to this event has been the best of any NXT 2.0 premium live event with the best card as well. Ricochet versus Hayes will steal the show, but as a side note, the North American Champion absolutely outclassed him on the microphone in tonight’s closing segment.