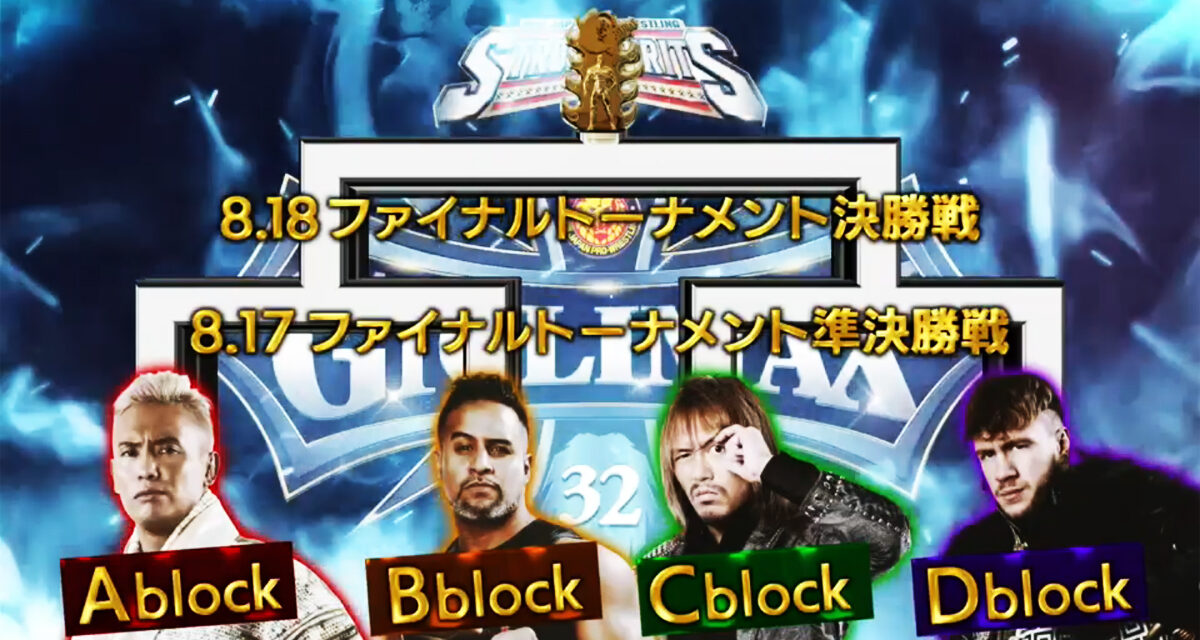 We have our G1 finalists.

Kazuchika Okada squared off against Tama Tonga and Tetsuya Naito fought Will Ospreay on night 19 to see who would move onto tomorrow night’s finals.

Tonga and Okada actually shook hands before their match. Tonga and Okada don’t hold back labeling each other with haymaker blows to the face and stomach. Okada throws Tonga to the floor where he gave him a DDT on the floor. Tonga is able to beat the count but slides in at 19. Okada dares Tonga to take his best shot. Okada absorbs those punching Tonga down to the mat with one stiff shot to the jaw.

Tonga puts together a series of moves including a Stinger Splash in a corner and a back suplex. Okada bounces off the ropes taking Tonga down with a back elbow, a running elbow in a corner and another DDT for a two count.

Both men battled on the floor where Okada threw Tonga into one of the barricades but Tonga hit a Tongan Twist on the floor. 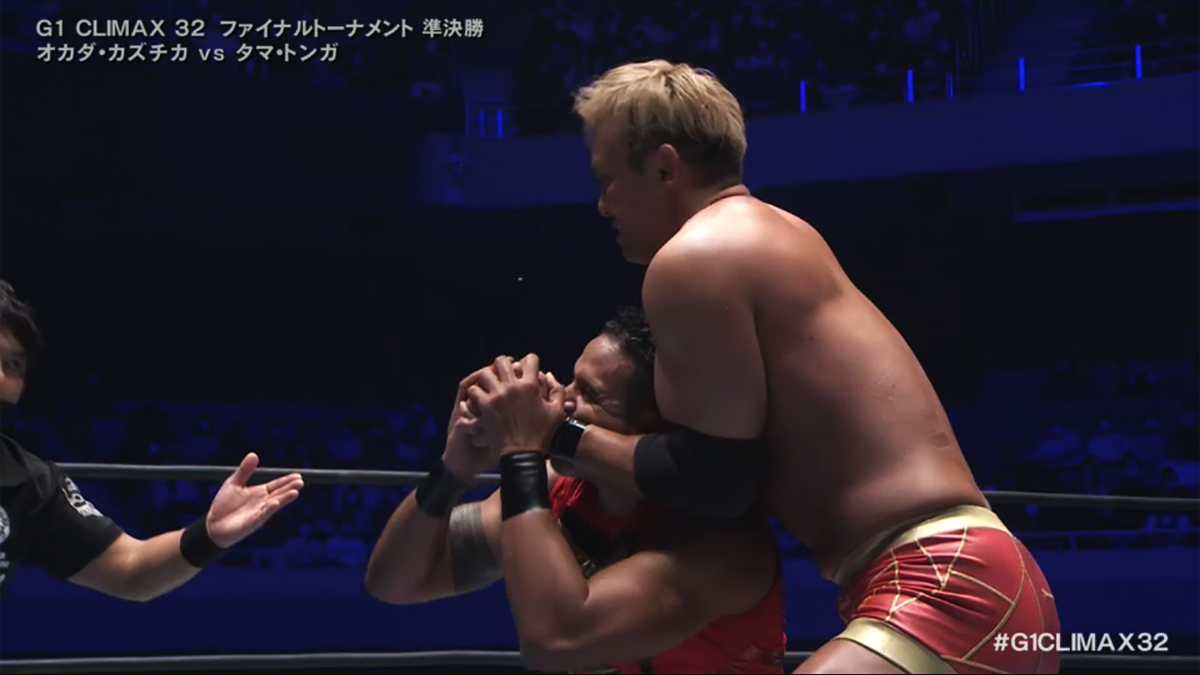 Tonga ducked a Rainmaker only to get drop kicked and driven to the mat with a Landslide. Okada sets Tonga up for another Rainmaker. Tonga hits the Gun Stun instead but cannot follow up for a pin as he is drained. When he finally does, he gets only a two count. Okada cannot get to his feet after the Gun Stun so Tonga hammers away on him. Okada blocks two more Gun Stuns locking on the Money Clip. Tonga escapes to rock Okada with a kick to the head. Okada battles back to pin Tonga with a Rainmaker clothesline.

In their semi-final match, Tetsuya Naito targeted Will Ospreay’s neck and upper back which was damaged nights ago when he was piledriven onto the floor. 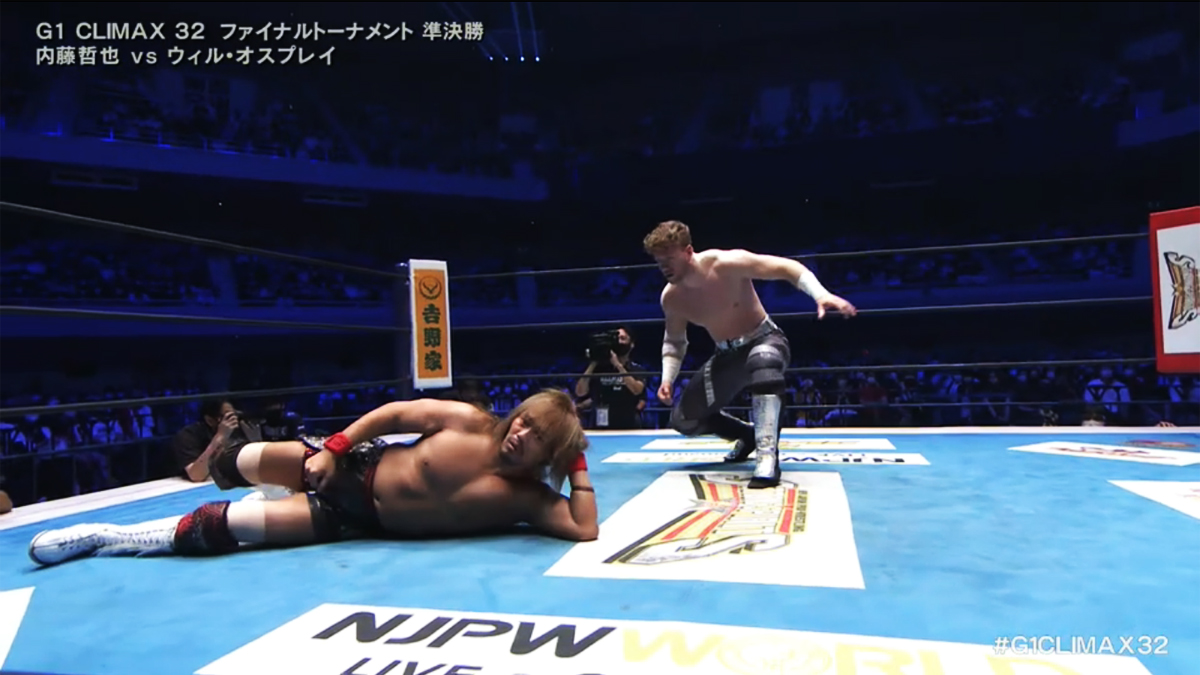 It is a stalemate. Courtesy: NJPW.

Ospreay unloads with chops until Naito does more damage to the neck with a neckbreaker and a running drop kick. A head scissors wrenches Ospreay’s neck. Ospreay has to reach for the ropes to break it.

Kevin Kelly says Ospreay’s neck is on “borrowed time” because it has been injured so many times.

A guillotine on the ropes and a kick to the face turns the bout back in Ospreay’s favour. A double leg nelson on Ospreay’s neck by Naito has Ospreay in agony in the middle of the ring. Ospreay has to bounce himself along the mat to make it to the ropes.

As they crawl towards each other Ospreay asks: Why are you smiling, you little prick? They trade forearms while on their knees.

Both men smack each other with devastating slaps that can be heard echoing throughout the arena. Ospreay reverses a DDT into a brainbuster on Naito. Naito gets his DDT though as he bounces off the ropes minutes later.

Naito dodges a OsCutter to slam Ospreay to the mat hard. Naito avoids a Hidden Blade to land Destino…for a two count?!?!?

Naito tries another Destino. Ospreay wiggles out and knocks Naito silly with a Hidden Blade to the face not the back of the head. Naito kicks out but a Storm Breaker puts him down for the 1, 2, 3.

So, the master versus student feud erupts once again as the leader of Chaos, Kazuchika Okada, and the UK sensation he recruited, Will Ospreay, will meet tomorrow to decide the winner of the G1 Climax 32 tournament.

In some levity before the massive main events Tom Lawlor has some fun at ZSJ’s expense. He has brought a copy of George Michaels’ album I Want Your Sex. 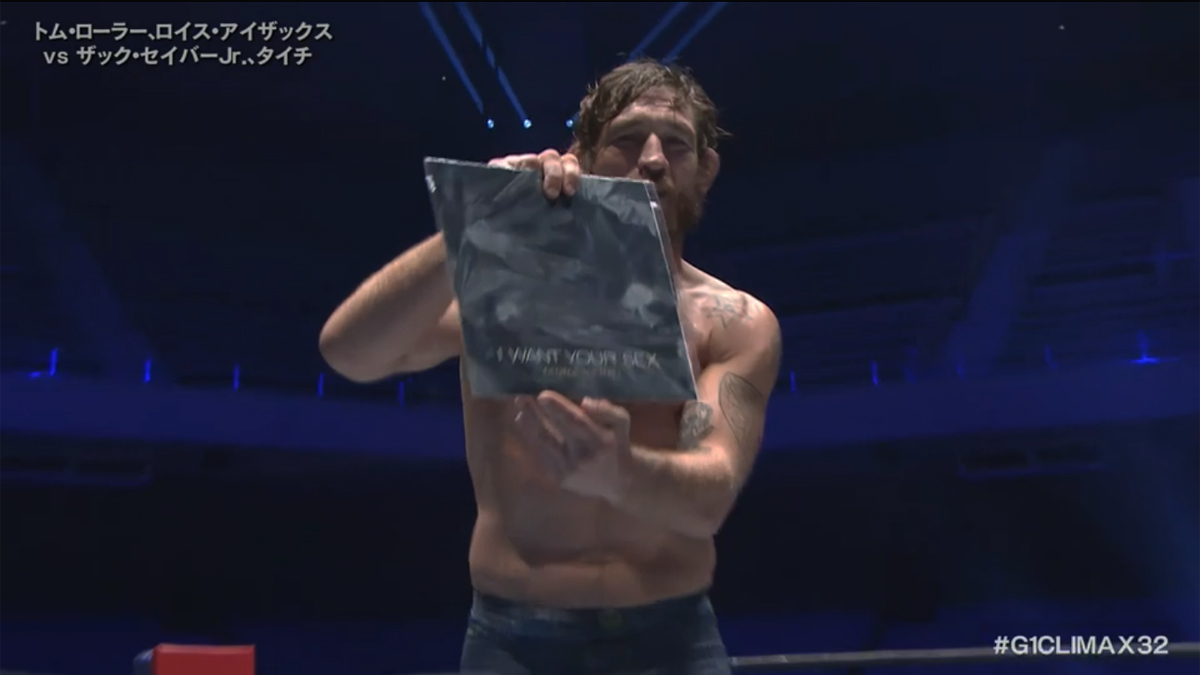 Lawlor has a gift for ZSJ. Courtesy: NJPW.

“Things didn’t go your way yesterday. I know you are in a bad mood. I brought you a gift. This is Zach’s favourite,” joked Lawlor. ZSJ accepted the gift. Lawlor then pulled out a Boy George album (Culture Club’s War) calling Boy George ‘Number one!”. 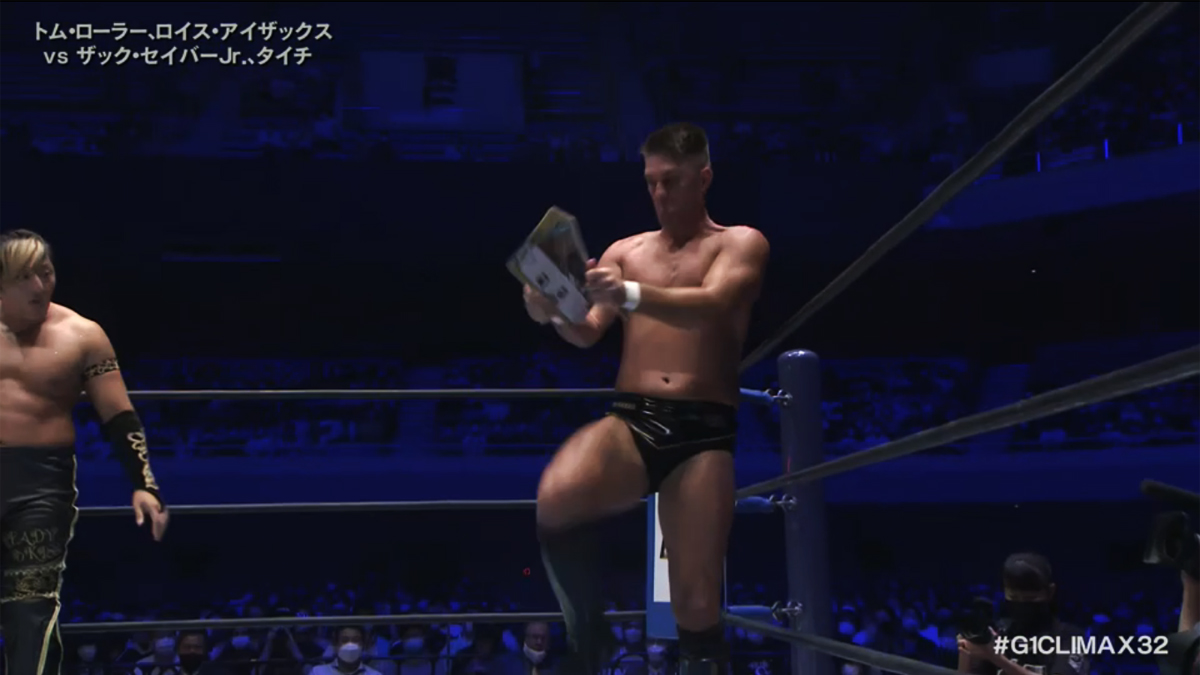 Zack is not a fan apparently. He breaks the album over his knee and smashes it.

“F–k your gift!” yells ZSJ as Lawlor spears him down to the mat. At the end of the match ZSJ took the George Michael album with him to the back tucking it into his trunks.

Poor Boy George. All we can say is…

Owens puts Henare away with the Package Piledriver.

Yano and Tanahashi shove Gallows and Anderson into each other. Yano hits the double low-blow and a roll up on Gallows to win the match.