Catching a ride with Sylvester Terkay 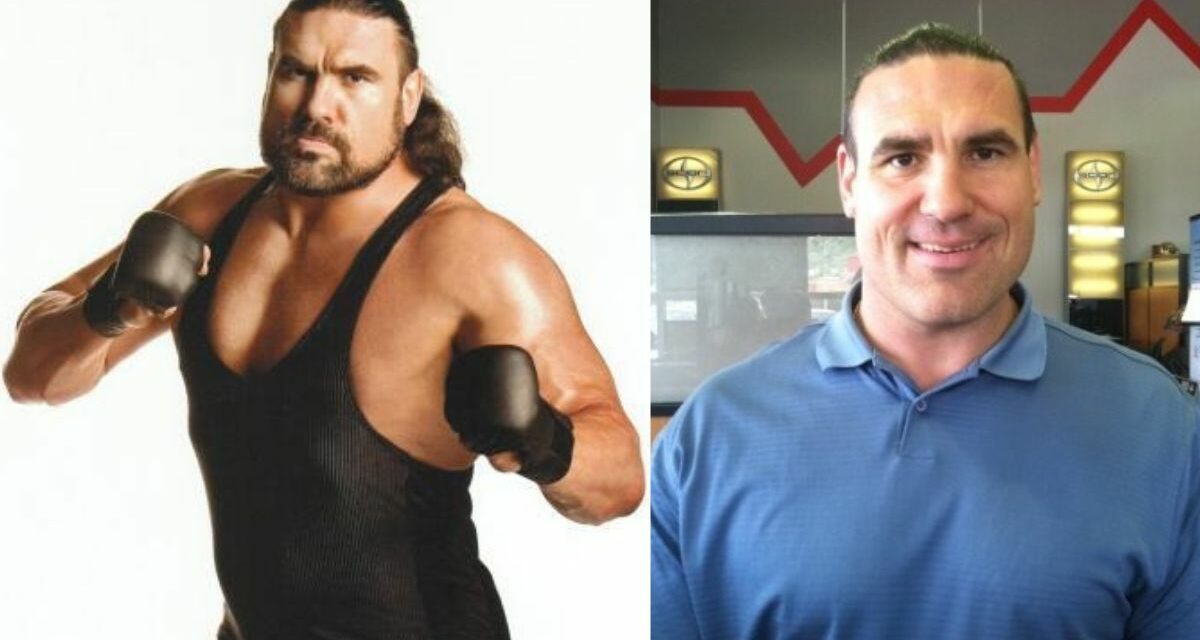 His face appeared on social media one Saturday morning as a Pittsburgh-area autograph promoter detailed a meeting with the former WWE Superstar. Still a mammoth figure, with fists the size of skillets, stood Sylvester Terkay in a polo shirt.

It was soon after discovered that Terkay was on the job selling cars about an hour outside of Pittsburgh and had been for some time.

A call was made to the dealership and the Washington, Penn., native gleefully answered the telephone and talked for about 20 minutes before his shift was coming to an end.

Terkay has been selling Toyotas for more than 14 years and has been out of the professional wrestling ring since 2012. “I enjoyed it,” he said. “It was an important part of my life.”

The 6’6”, 320-pounder doesn’t follow the squared circle anymore. In fact, he was unaware that his old Smackdown running mate, Elijah Burke, aka Da Pope, was still a player in the National Wrestling Alliance’s streaming service shows. “We got along well,” he said. “I wish him nothing but the best.”

A lot of time has passed since a nearly breathless John Bradshaw Layfield detailed Terkay’s WWE TV debut in a mauling of Matt Hardy. As Burke introduced the Big Bear, California, juggernaut, JBL talked up the striker as a grueling marvel. JBL recounted how Terkay battled Kurt Angle in an NCAA championship match in 1992, and went undefeated at North Carolina State for the National Championship the next year.

In an email, Angle commented, “[Terkay] was a beast. Pinned his way to the finals of the NCAA. I was pretty nervous wrestling him in the finals because he was pinning everybody. But I won.” (Terkay was interviewed in the recent Kurt Angle A&E Biography too.)

Minutes later in what could only be described as an Enhancement Talent match, a nearly offense-less Hardy was forced to tap out due to an arm bar. An excellent salesman in his own right, JBL was in awe.

Starting in 1999 as “The Escapee”, Terkay was a “Predator” and a “Collector”. He broke in at nearly 30, which is admittedly old for a rookie in pro wrestling. After training on the West Coast and appearing in several one-shot television programs, usually as a “heavy,” he defeated “Bad Boy Basil” in Santa Ana, California. Throughout the new millennium’s first year, he would make his way to Ohio Valley Wrestling and tangle with the likes of Nick Dinsmore throughout the Midwest. In 2001, he worked as The Collector and in some towns as Sly Skraper. He worked a WWE dark match against Steve Bradley in May 2001 and won. On the televised card, Terkay’s friend and collegiate nemesis Kurt Angle bested Spike Dudley. Terkay was sent down for more fine-tuning.

He was in the WWE program with Brock Lesnar, Randy Orton and Batista. “John Cena came in at the tail end,” Terkay added.

For the next few years, he would work as The Predator a lot in Japan. “I had more success in Japan,” he said. It was also in Japan that Terkay was able to work in Mixed Martial Arts. “Pro fighting pays.”

In June 2006, he bested Hardy at the Joe Lewis Arena in Detroit, Michigan. Technically, Hardy had defeated Terkay six days earlier, according to Wrestledata.com, but with Burke’s introduction, this was Terkay’s first big-time TV exposure. Play-by-play commentator Michael Cole would call Terkay the WWE’s first “Hybrid Superstar” with all of the MMA, Ultimate Fighting, kick boxing, and yes, even the term “amateur wrestling” used on air. (Note, in November of that same year, Matt and Jeff Hardy would defeat Terkay and Burke in a tag team match, thus ending their rivalry.) 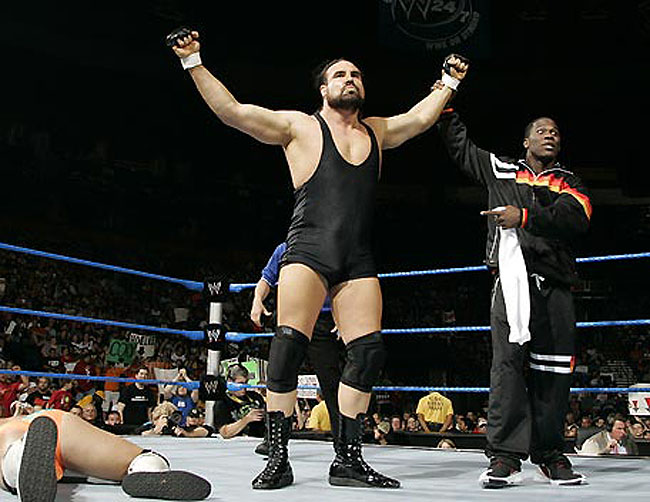 A Greco-Roman and Olympic-style grappler, Terkay came at a time in the WWE when there were several well-proportioned brutes that could clobber their way to the top. He was on cards with Trevor Murdoch, Lance Cade, Bobby Lashley, The Big Show, Kane and The Undertaker.

His longest WWE feud occurred when he had frequent preliminary matches with Tatanka. One match, just two months after his mauling of Hardy, featured a more preening and colorful Terkay. Cornerman Burke gave him a mid-match drink from a squeeze bottle, whereas Hardy didn’t receive a moment to catch a breath. Tatanka fared much better in this match against Terkay, even showing flashes of equal power. Another note: JBL showed his greatness as a color man in these matches, comparing Terkay to feeding sharks and criminals committing grand theft auto.

This was around the same time as other big men, namely Batista and The Great Khali were higher on the card. Terkay knew he was green compared to a lot of the others, but when word got out that The Dead Man wasn’t a fan, he realized his time was limited. Rumor of a program with The Undertaker quickly went away. Terkay said he could see with a glut of bigger guys like Nathan Jones and Heidenreich in the mix, there wasn’t room for any more dominating heavyweights.

“They flew me to England, and didn’t do anything,” he said. “They just stopped putting me out there.”

Terkay’s last matches for the WWE at this time were against Tommy Dreamer, including a win against the Innovator of Violence in a WWE/ECW brand affair in Laredo Texas in January 2007.

At age 36, Terkay was moved to Puerto Rico and Dutch Mantell’s tutelage for more training and experience. But Japan’s Zero-One called and The Predator answered. There he battled old foe Lashley and even the Necro Butcher.

The year 2010 was the last year in which Terkay wrestled regularly. He had a spot shot appearance from time to time, but last lost alongside Paul Lee in a tag team match in Guyana against Raven and Tom Howard.

He jokes that he was booked in an autograph session about a decade ago, “where the guy paid me $1,000 and he’s probably still trying to recoup that.”

Angle and Terkay did face off once again in the Western Pennsylvania-produced independent horror movie Pro Wrestlers vs. Zombies from 2014. “I didn’t want to be like ‘The Ram’ in The Wrestler,’’ he said, referring to Mickey Rourke’s character in the celebrated film. A family member told him about an opportunity at a nearby car dealership, so he interviewed and got the job.

Now, Terkay lives a more traditional life in Cecil, Pennsylvania, in the automotive industry and working on Saturdays, instead of in a ring somewhere. He used to teach MMA fighting but has given that up for fishing on a bass boat with his recently-engaged fiancé Valerie.

“I’m making a house a home,” he continued. “New carpentry, new master bedroom and kitchen.” He said he goes from “hoarding to hemorrhaging money.”

Selling automobiles has gotten tricky over the past few years, but Terkay says he made more money last year than any year in the business. Cars aren’t stocked inventory like years past. “You have to get your order in, set yourself up.”

“I am thankful and blessed,” he concluded. “I don’t have to beat my body or do stunt work. I’m a jack of all trades, master of none.”