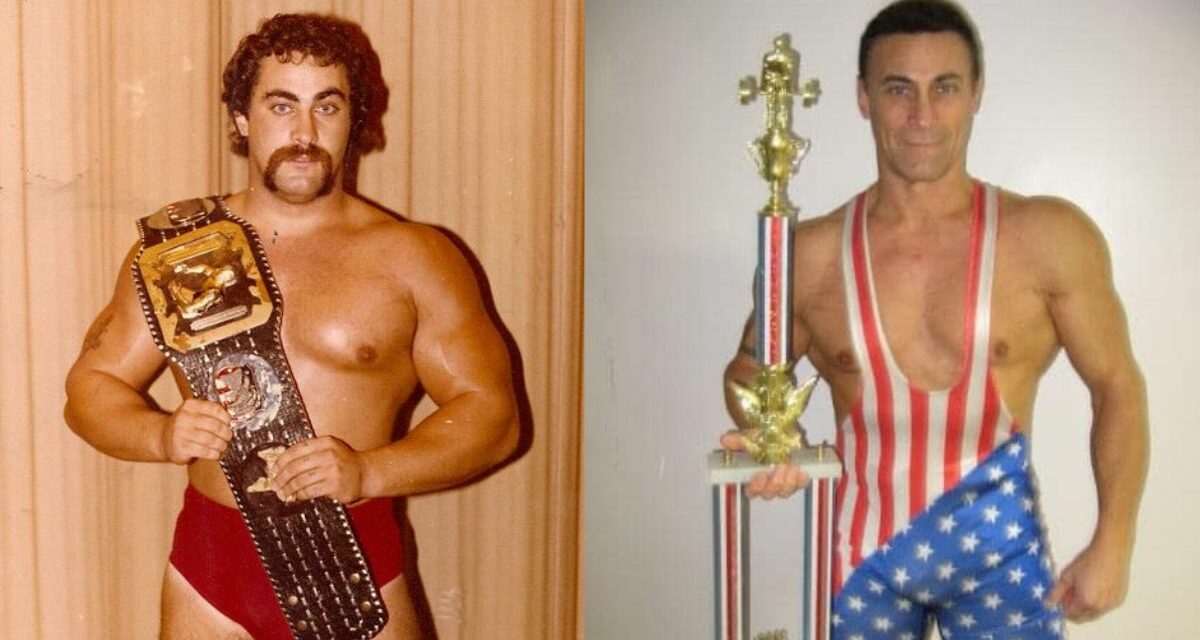 Mike Jones, who wrestled in six decades, primarily as Mike Masters and as Rocky Jones, has died. He was 68.

He was also a wrestling promoter, founding East Coast Pro Wrestling with Gino Caruso, and training wrestlers, helping start out Little Guido and Kodiak Bear among others.

Outside of wrestling, Jones was a competitive powerlifter and weightlifter. Heavily into fitness, Jones created and promoted the Stress Terminator supplement.

Jones, born in Kearny, New Jersey, was a wrestling fan growing up. “I used to go over to my great grandmother and great grandfather’s house, and they were huge wrestling fans,” Jones told the Dan and Kenny In The Ring podcast. “They were quite quite old at the time and they would be jumping out of their seats going crazy and big, big Bruno Sammartino fans. That’s where I first got bitten by the bug.” His father, Rocky Jones was a boxer, and taught his son to box from an early age.

The younger Jones was a football player, and played in college (and stayed a huge football fan). Without any pro offers — he did shop his 6-foot, 240-pound chiseled form around — Jones considered options. He earned a Bachelor’s degree in elementary education from Kean College in 1977, and taught school for a year.

Jones saw the movie, The One and Only, loosely based on Gorgeous George, and thought pro wrestling could be a career path. He had an uncle who knew Mario Savoldi. Jones told the story to In The Ring:

I went and met Mario and he took a look at me, saw I had the size and he knew I had an athletic background. So he said, “You know how to wrestle, but you have to learn how to take bumps and ring psychology and all that stuff, because I’m gonna send you to Johnny Rodz. and I’m gonna have Johnny train you.” I trained with Johnny for about a year. Basically, just learning the holds and the bumps and psychology, inside the ring, outside the ring, which is something really important.

It was close to a year before Rodz let Jones have his first match. The training was “much harder than I anticipated,” Jones told Mike Rodgers of The Ring Around The Northwest newsletter in 2011. “We would do hundreds of Hindu squats and run the ropes and take bumps for hours.” Jones was Rodz’s only student most of the time, and they fit in training when they could as Rodz was still actively wrestling, usually training at a “bombed out old school building” on the Lower East Side.

His first match, July 10, 1979, was a WWWF TV taping in Allentown, New York. Jones had been invited down but was in awe of all the names he had seen on TV, like his hero Bruno Sammartino, Gorilla Monsoon and even Ken Patera, who he had had weightlifting posters of on his wall. Monsoon was running the taping, and said they already had a Jones — SD Jones — so would come up with a name. But he didn’t tell Mike the plan.

Hussain Arab — Iron Sheik — was ranting around backstage, “Who is Mike Masters?” Monsoon ran into the dressing room and told Jones to get in the ring, as that was him. “Sheik was very good to me, he didn’t want to submit me because he was using the camel clutch and he didn’t want to do that. So we just had a match. And he let me get a little offensive in. I mean, it’s my first match and I’m green as hell. He pinned me, but he didn’t want to use a submission hold. So I thought that was pretty cool.”

The newly-named Mike Masters started on the WWWF circuit, in opening matches. It wasn’t a full-time gig initially, as he worked at the N.J. Health Spa in Lyndhurst. 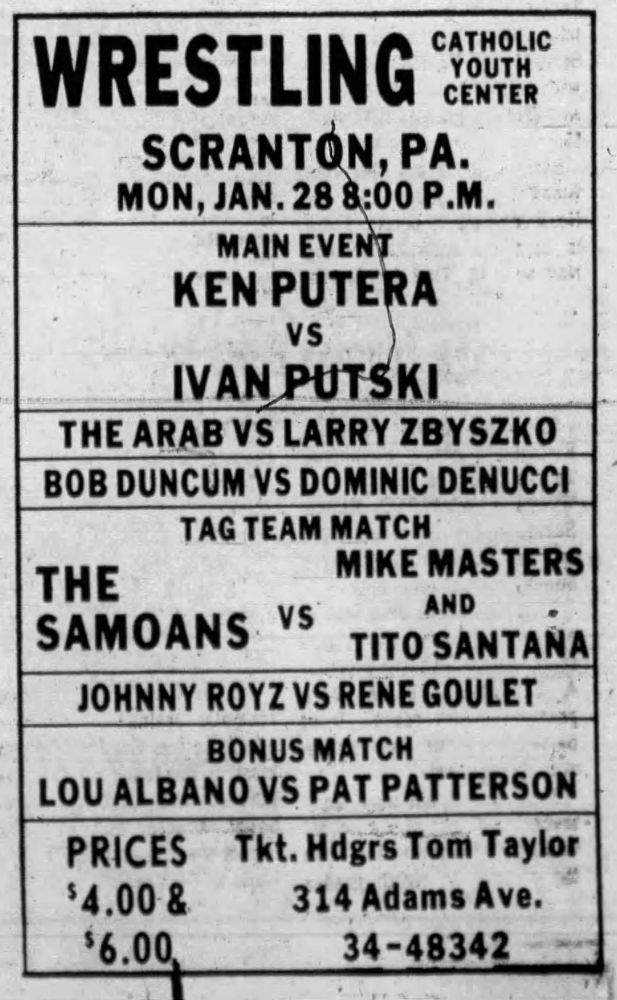 Vincent McMahon Sr. sent Masters and a young Jimmy Duggan to Hawaii to work for Peter Maivia. “The territory wasn’t doing real, real great and Peter needed wrestlers over there. Senior thought it would be a good place for myself and Jimmy to go, because we can learn a lot because we’d be working on top and learning how to do promos, and all of that stuff,” Jones told In The Ring.

“There was a lot of guys that I got an opportunity to watch and talk to and learn from in Hawaii,” he said, naming Meng, Siva Afi, Victor Rivera, and names that came in and out on their way to Japan, like Nick Bockwinkel and The Destroyer. He spent eight months in Hawaii. “We really weren’t making any money. Fortunately, I was really lucky that Vince Sr., he was kind of paying us for Peter, because there really wasn’t a whole lot going on there. And Jim Duggan and myself we were getting getting checks from WWWF while we worked in Hawaii.”

There wasn’t a spot for him in the WWWF, but he talked to a young Hulk Hogan — who he’d wrestled in WWWF — and Hogan hooked him up with the Fullers, running Southeastern Championship Wrestling out of Pensacola, Florida. 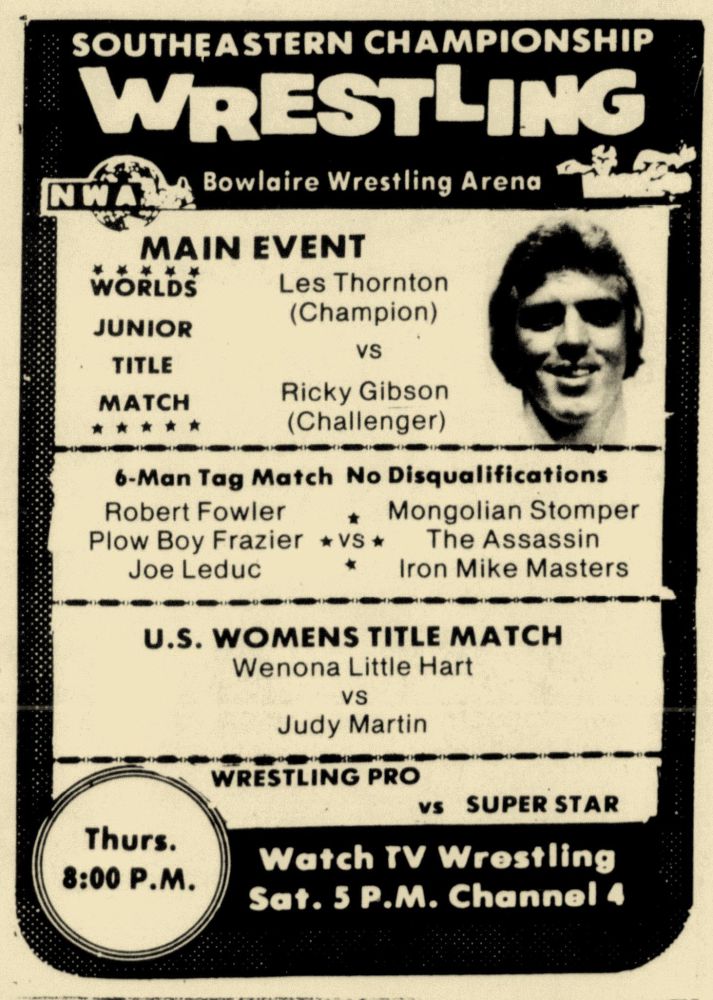 A highlight was doing a 10-minute draw — a Broadway — with Lou Thesz. “Lou was terrific. I mean, at the time, he had to be in his 60s. But I’ll tell you what, the guy just had an aura about him.”

Masters’ big break came in Los Angeles, where he started working for Mike LeBell in February 1981. He beat Victor Rivera for the NWA America’s title, at the Olympic Auditorium. “They were billing me as a strongman, and I did some strongman stuff. I would do the gorilla slam where you press the guy over your head, and then throw him down and then cover him for the pin,” Jones told In The Ring. “Right off the bat, they started using me really good and it kept on pushing and pushing. And I think the logic behind giving me the belt was that after that, I was going to work with Mil Mascaras and a hair versus mask match. I guess they wanted to give me enough credibility and that’s why they probably put the belt on me at the time. We had a really good crew out there: myself, Chris Adams, Tom Prichard, John Tolos, who was was another mentor, a phenomenal guy, John, Ox Baker was working with us, Charlie Tanaka.”

Jones told Rodgers that working the L.A. territory was a lot of fun. “We had for the most part a lot of young guys working. The trips going to Fresno and Northern California were wild to say the least.”

After L.A., Masters went up to Portland in September 1981. He was a villain, and put into Buddy Rose’s Army, alongside Rose and Stan Stasiak, and, later, Matt Borne. Masters played up the full-Nelson hold there, where he had such strong hands that he often couldn’t get the hold unlocked before really hurting his opponent. Masters left Portland after a Loser Leaves Town Match to an incoming Rocky Johnson.

During his career, Jones did three tours of Japan, two for New Japan and once for All Japan. “It is so much different than wrestling in the States,” Jones told Rodgers. “A much faster pace and you couldn’t communicate in the ring. It was definitely half shoot especially the first week or so.” 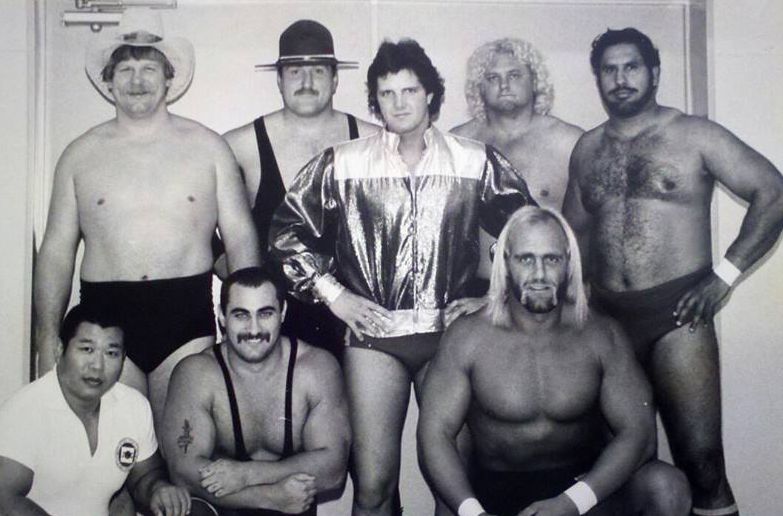 Over his career, Jones also worked in Atlanta — he started getting a push and was going to be in the Legion of Doom, but was hurt in a motorcycle accident — and a few other territories.

Back in the northeast, he changed his name to Rocky Jones and settled into less on-the-road wrestling life — though he was still listed in the PWI 500 in 1997. 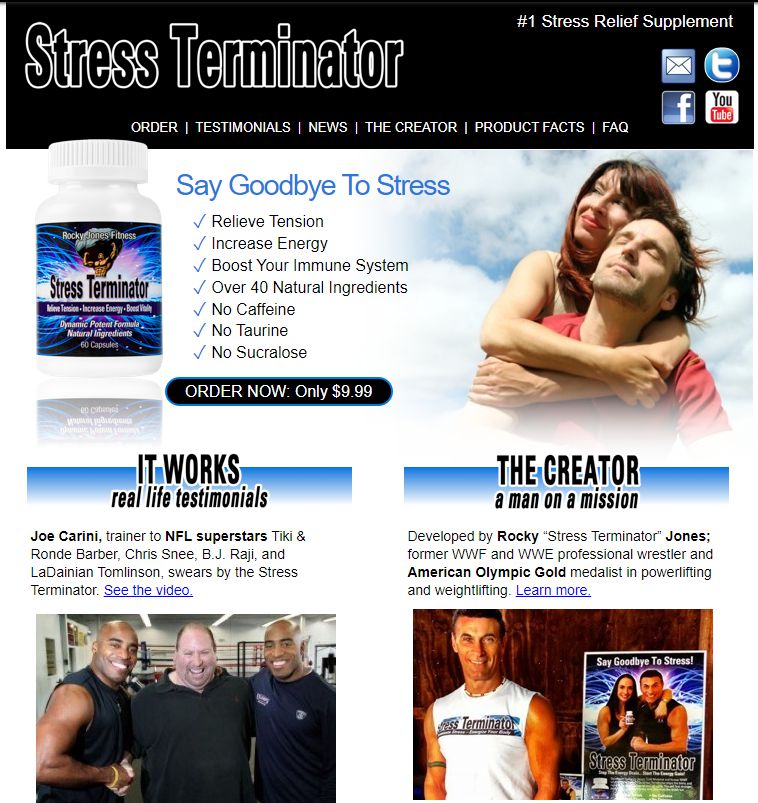 Rocky Jones Fitness was the home for the Stress Terminator supplement. Jones knew how to get out there, from radio shows to a pilot for a reality TV show about fitness. He did motivational speaking as well.

Many of Jones’ students noted their coach’s passing.

“Rest in peace Rocky Jones,” wrote Mike Bucci on Facebook. “When I first started out in the business, Rocky and James Carullo and so many other guys up in that area of NJ were already legends. I was happy just to be booked on their shows when I first broke in. Rocky was always a pleasure to be around. Gone too soon….” 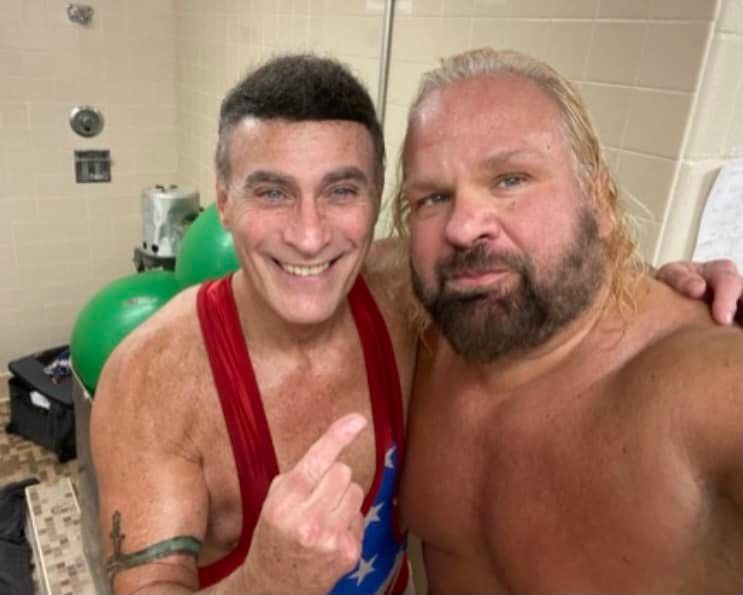 Andrew Anderson shared a photo of him and Jones and a heartfelt message to Facebook:

Rest In Peace Rocky Jones aka Michael Jones at the age of 68 ,Words alone can’t describe what this man meant to me , He helped break me in the business , I wrestled him & teamed with him countless times , we spent a lot of time together over the yrs , he was known as Mike Masters during his days in Hawaii , Portland & WWWF … I love you My big bro !!! These were pics from last November when his cancer was in remission & Got back in the ring for what may have been one of his final matches vs Jerry Fazio aka Executioner Wrestler

Wrestling blogger Kevin Hunsperger wrote about the last bout of Masters/Jones, whom he had known for a few years. “After it was announced that Saturday’s show would be Mike’s last, the fans stopped booing and started cheering. That’s the true sign of a professional. No matter how much you hate a character in the ring when you realize he or she is a real person, you can’t help but respect them,” Hunsperger wrote about the match in Stride Pro Wrestling in early 2020, marking six decades in the ring.

Details are still coming in over Jones’ passing on August 8, 2022 from throat cancer. Funeral arrangements are not known at this time.