G1 Climax: The Tokyo Pimp Tries To Buy A Win 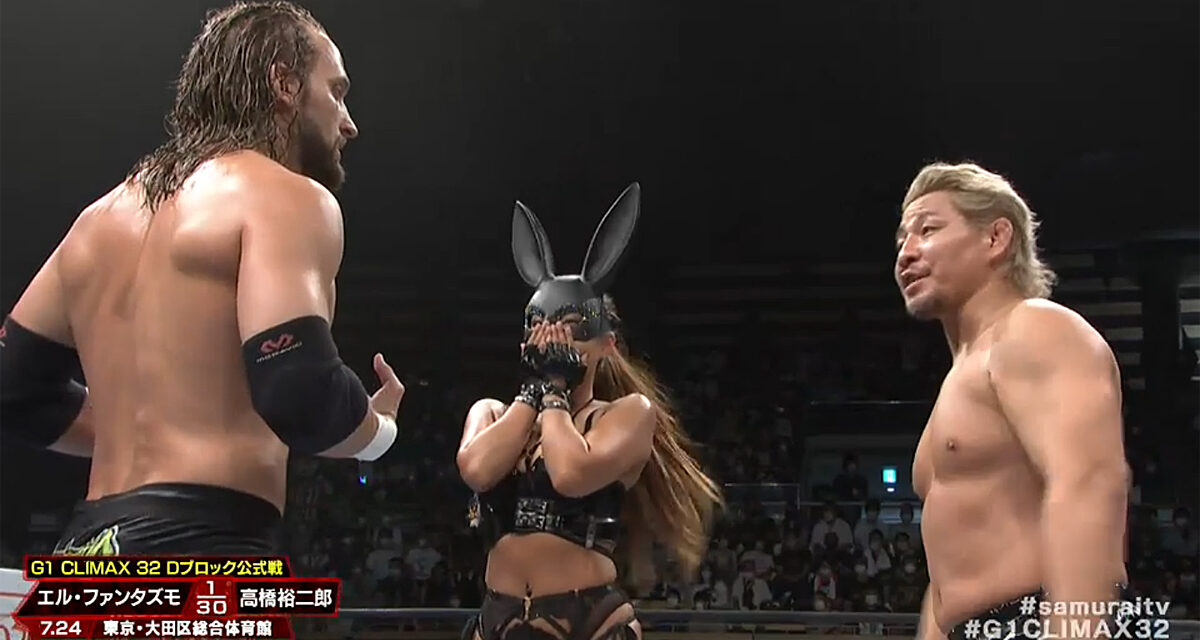 It was an episode of Let’s Make A Deal without Monty Hall as the G1 Climax entered its fifth night.

Before the two Bullet Club members clashed Yujiro Takahashi made an offer to El Phantasmo. Yujiro wanted to exchange the services of Pieter for a win, much to the lovely Pieter’s dismay.

El Phantasmo takes a moment to think about it then says…”No problem.”

Pieter comes over to Phantasmo and gives him a kiss on the cheek. As the bell rings Pieter stands in Phantasmo’s corner.

Phantasmo lies down for Yujiro but as The Tokyo Pimp covers him Phantasmo flips him over for an attempted pin. An happy Pieter returns to Yujiro’s corner. 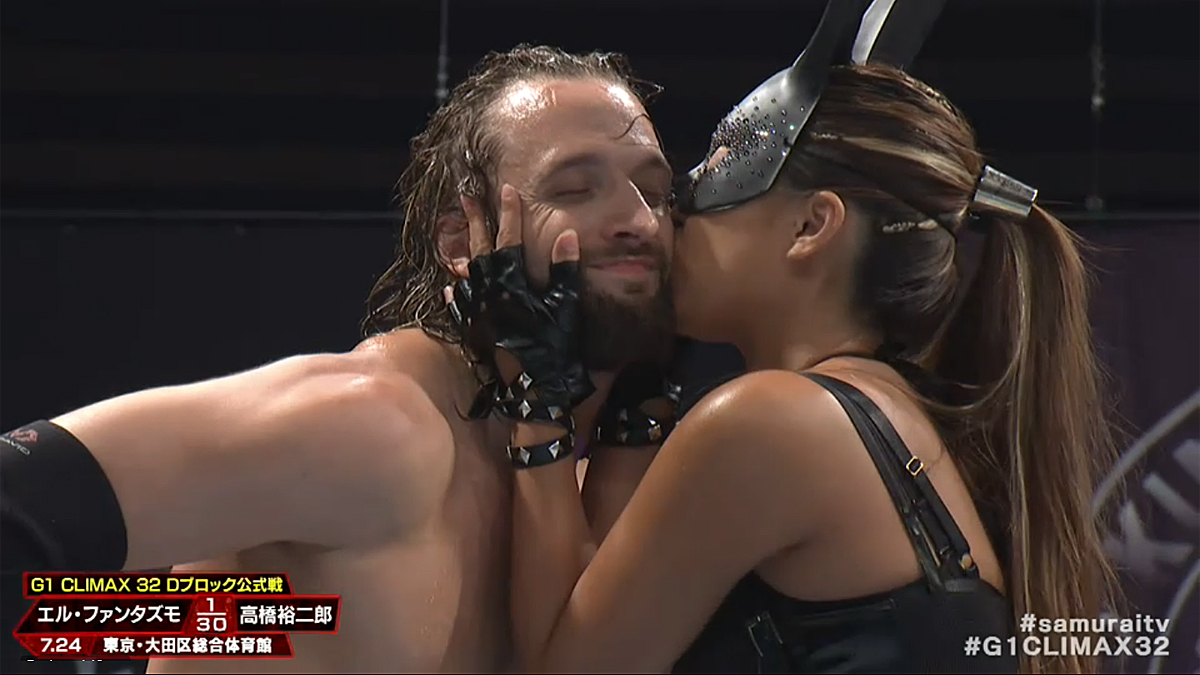 Sho interferes later in the match sliding his wrench to Yujiro. Phantasmo falls on the mat faking being clobbered by the wrench. The official confiscates it. Phantasmo punches Yujiro in the “lower abdomen” and pins him with a Thunder Kiss ’86.

In a battle of the giants, Jeff Cobb took on Bad Luck Fale. Cobb wasn’t able to just heave Fale around the ring although he did clothesline him over the top rope. Fale won a slugfest, his power giving him the edge. Cobb even backed up into a corner to seek some kind of refuge from the sledgehammer blows. Fale even dragged Cobb to the middle of the ring so he could give him a Tongan Massage to his back by standing on him and using him as a surf board. 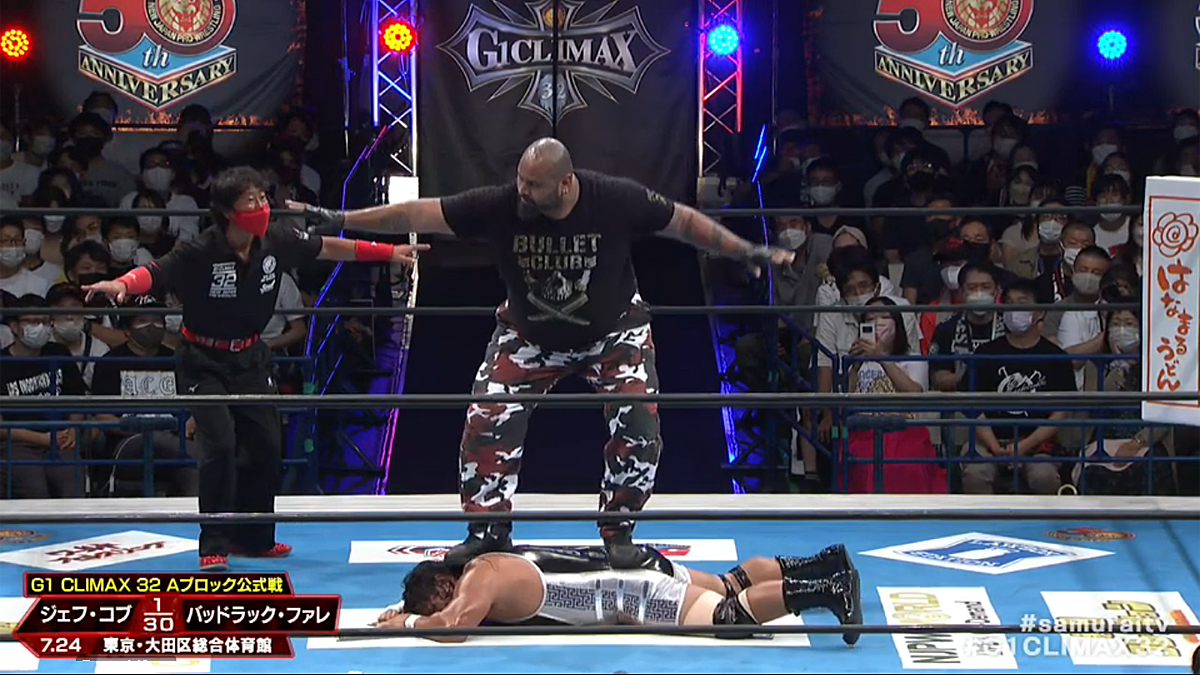 Surf’s up for Fale. Courtesy: NJPW.

Cobb connects with a drop kick that stuns Fale but he cannot pick him up for a slam. Cobb’s back gives out. Fale targets Cobb’s back with forearms, an elbow drop and a splash. Cobb breaks loose of a Grenade Attempt and a Bad Luck Fall. Cobb manages to hoist Fale up for a standing suplex and a Tour of the Islands for a win.

Yano punches Sho and Togo in the “lower abdomen”. He rolls up Togo for the win.

The Ace lands an Ace’s High but misses a High Fly Flow when Naito rolls out of the way. The Ace blocks Destino with an inside cradle.