Trish Stratus has little time in general, and no time for Becky Lynch 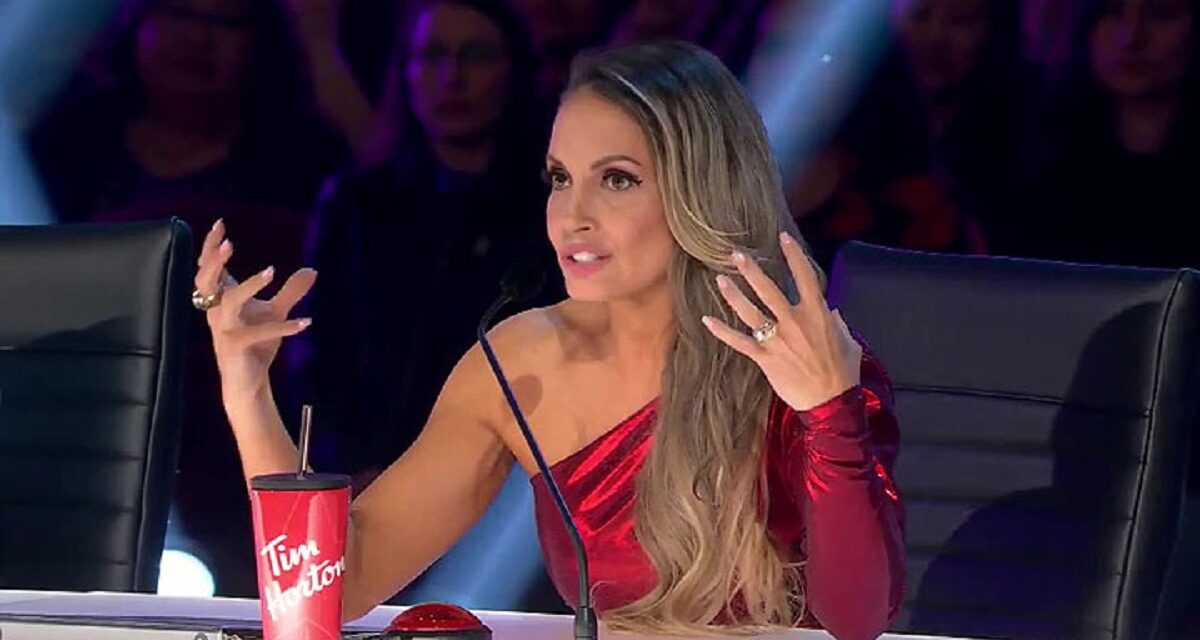 With the season finale of Canada’s Got Talent behind her, one might expect that Trish Stratus now can slow down and take things easy, right?

Absolutely, one hundred percent wrong. In fact, even the idea of Trish slowing down garnered peals of laughter from her team who were in the room when SlamWrestling.net talked with Stratus on the night of the finale. According to them, Trish has energy in spades, and is always looking at different ways to keep busy. So, what’s her secret?

“I’ll be honest, I don’t really know,” she said about how she maintains her fast pace. “I have to give credit to my meditation and my yoga. That’s my power nap for the day and that allows me to conquer whatever I have to do for the day. I just like to be moving.”

That daily recharging of her mind and spirit will help her keep busy with a number of projects she’s working on – some of which she can’t yet go into detail.

“I have a number of autograph signings and speaking engagements coming up over the summer,” she said, “and then I’ll do some vacationing with my kids – running ‘momma camp’ at home, which is super fun.”

In addition, she’s currently filming a TV Christmas movie, which she says is a “bucket list” project for her.

“In 2020, I did a little cameo on a Hallmark movie, and that was so much fun,” she said. “I enjoyed everything about that experience – the crew was amazing, the production company was so great. And they enjoyed what I brought to the table. So when they came to me and proposed that I take a lead role in my own movie, that was something I absolutely had to do.”

“I always like to take on those kind of challenges,” she explained. “I want to see if I can, you know, take an opportunity and knock it out of the park. I approach anything new the same way I did with wrestling: study it, hone my craft, and go out there and nail it.”

But while she has certainly caught the acting bug, she’s not necessarily going to pull up roots and head to Hollywood anytime soon. Indeed, part of the appeal of being a Canada’s Got Talent judge was that the show was based in Niagara Falls, fairly close to home.

“It was nice to (do the show) from a central point,” she confirmed. That said, she wouldn’t be entirely opposed if the show went on the road in season two and did auditions across the country.

“I’ll bring it up to production,” she said about the idea. “But I do love being stationary. Part of that is because of my old life. I kind of abandoned (being on the road full-time), and I’d like to keep that part of the old days back in those old days.”

Which is not to say that Trish wouldn’t travel to be part of WWE again, if the opportunity presented itself, and if the circumstances were right. Indeed, there has been a lot of speculation recently that Trish would come back for a program with Becky Lynch – and the two have sparred, both on social media and in the ring – over the past few months.

“If Becky wants to continue acting like a brat, then, absolutely I would go back and shut her mouth. We’ll see,” she teased.

The two got into it in March when Trish appeared a house show in Toronto. After Becky cheated to beat Rhea Ripley in the main event, Trish came out to confront Becky and continue their war of words. Whether or not that war escalates into something more physical remains to be seen, but Trish would be more than happy to make it happen. 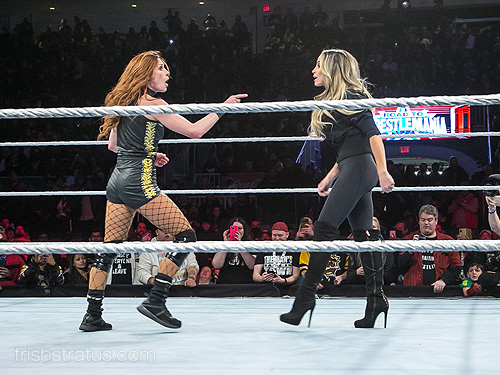 “She really is an annoying brat,” Trish said, with a hint of irritation in her voice. “So, yeah.”

While Becky is first on her list, Trish wouldn’t rule out taking on some other female superstars as well.

“There are so many great athletes,” she said, before listing off a couple of names. “Racquel (Gonzalez) who just came up from NXT. I know people are really excited about her. Rhea Ripley. I know we were on the same side in Toronto, but I really got to know her, and she’s great, and has a great personality. So I know it sounds funny to say that I’d love to fight her and beat her in the ring, but that’s what we do in wrestling, you know?”

“Since I retired, I’ve always said that I would consider going back, but it would be based on (the opportunity) to do something that’s challenging, do something new for the fans, and working with someone in hopes that I can help elevate them on the show.”

About being retired, Trish was momentarily surprised when reminded that she has been retired for nearly twice the length of her entire wrestling career – her full-time run went from 2000 to 2006. In terms of why her legacy remains so prominent, she had a simple explanation.

“Interviews with people like you that continue to push how great I am,” she joked.

“Honestly,” she thought, “I don’t know. I mean, I did some good work in the beginning of my career. And I had a nice run, a good career, including with how I went out in the end. I made some good choices of when I went back – like being part of the first women’s Royal Rumble, or being part of the first all-women’s pay-per-view. And doing other select marquee events, like the show in Toronto.”

“I think I’ve made some good choices,” she summed up. “And that has helped me in maintain that connection with the fans. And I may not have actually realized it when I was going through it – you know, you can easily get caught up in that frenetic pace. But then you meet people who say that they were inspired by my work. Or you read fan mail and they tell you that something I did changed their life. That’s a really special feeling.”