Rampage fans were pulling for Statlander, not Soho 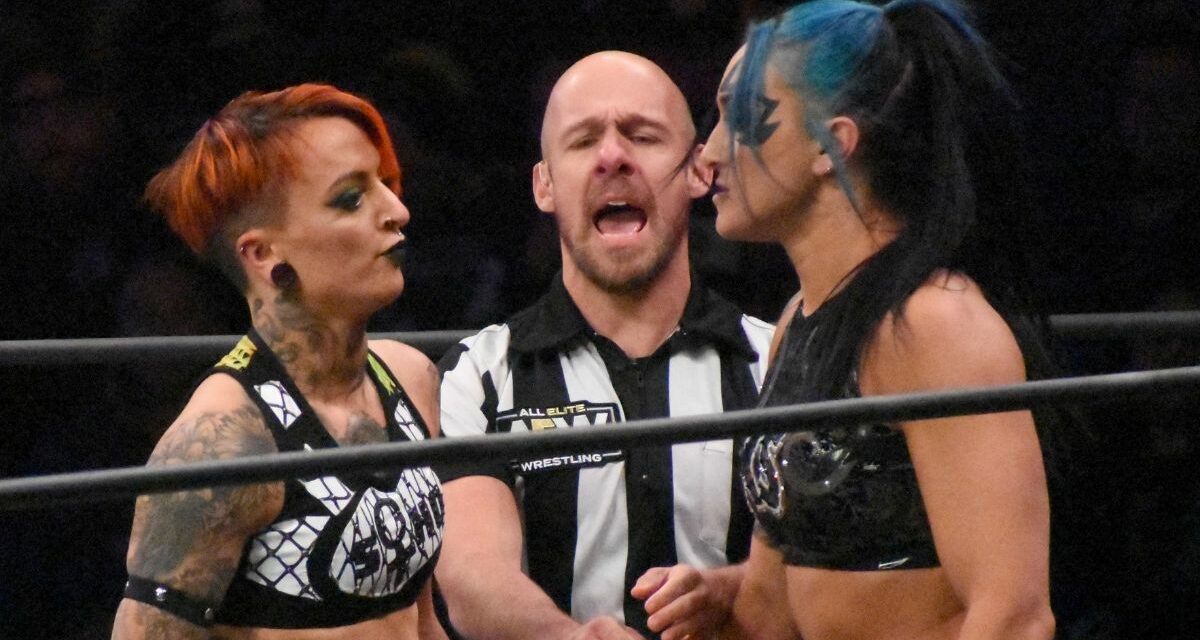 LAS VEGAS – The final of the Owen Hart Foundation women’s tournament is now set for Sunday’s Double or Nothing pay-per-view show, but for many fans in attendance at Friday’s Rampage show the wrong person will be taking on Britt Baker.

All Elite Wrestling took over the Ultra Michelob Light Arena in Las Vegas for the second time in three days and the Rampage main event saw Ruby Soho pin a popular Kris Statlander to advance to Sunday’s final.

Fans were solidly behind Statlander and bit big time when she nailed Soho with her finisher, but Soho managed to kick out. Minutes later she rolled her up for the win.

Overall a good main event, but the crowd was disappointed with the finish.

Following the win, she was confronted by Baker but again the fans seemed to be turning against Soho.

Baker vs. Soho was one of three matches added to the Double or Nothing card on Friday’s show. Darby Allin and Kyle O’Reilly, with Allin stating he wants revenge for what O’Reilly did to Sting, and a six-person inter-gender match featuring Scorpio Sky, Ethan Page and Paige Van Zant against Sammy Guevara, Frankie Kazarian and Tay Conti have been booked for DON.

Fans seemed to like Sky and Page, hate Lambert and hate anything Guevara and Conti did.

The show opened with a strong Bryan Danielson vs. Matt Sydal match.

Danielson teased having issues with his knee at times, but seemed like 100 per cent as the match went on. Sydal shined with some of his aerial skills, but Danielson’s excellent striking and grappling skills won out. He made Sydal tap in about 12 minutes. 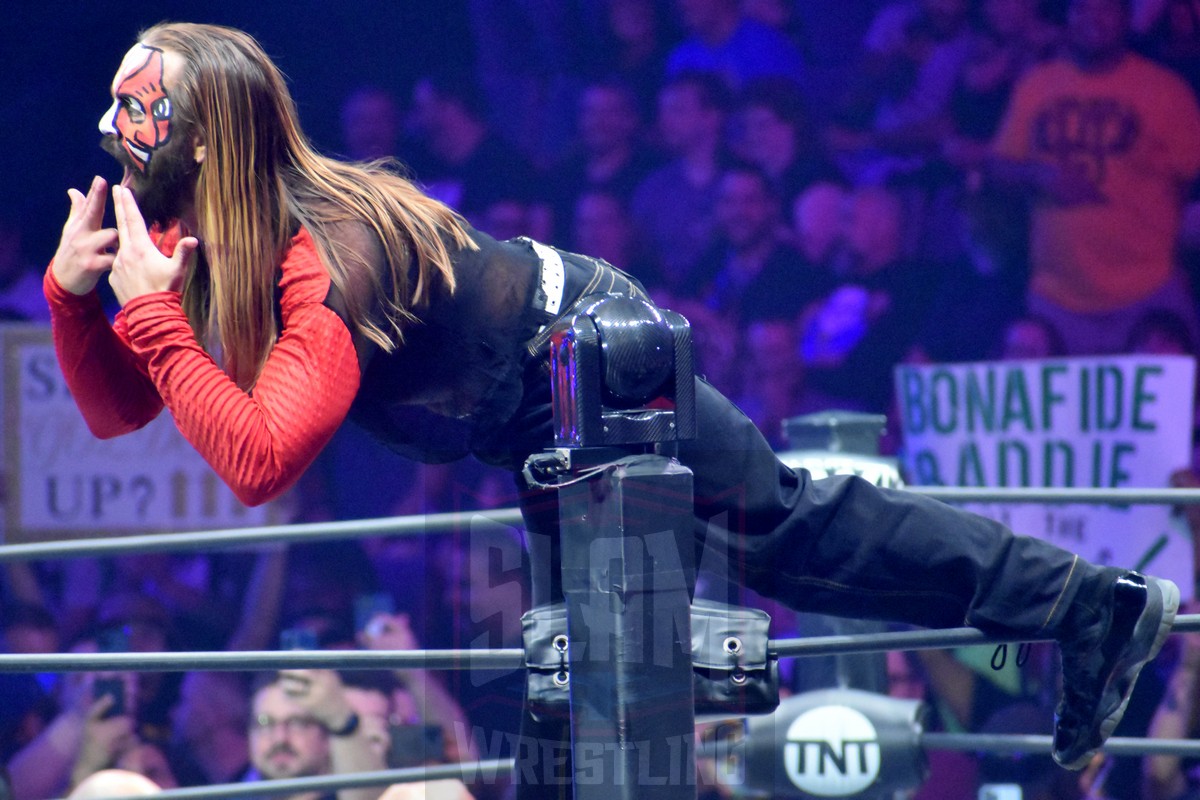 Matt Jackson as Jeff Hardy at AEW Rampage on Friday, May 27, 2022 at Michelob Ultra Arena at the Mandalay Bay casino in Las Vegas. Photo by Ben Lypka

The Young Bucks brought the entertainment, coming out to the Hardy Boys theme and with Nick Jackson dressed as Jeff and Matt Jackson dressed as Matt (Hardy). They brought along Gangrel and Brandon Cutler who took on the role of Lita.

They took on Taylor Rust and Jon Cruz, but this match was all about references and laughs. The Bucks did all of the Hardy’s trademark spots (Matt even fell over the ropes during his entrance like Matt Hardy did once on Smackdown).

Bucks won quickly, but the post-match saw them attack Gangrel. This brought out the real Hardy Boys who chased away the Bucks and then beat down Cutler.

This wasn’t much of a match, but the entire angle was a lot of fun and fans ate it up.

Max Caster took on Dante Martin in a match that had its moments, but just didn’t get enough time.

Martin won in about six minutes, which is a bit of a surprise because Caster is extremely over. Nice to see Martin get a win though because it feels like he’s been losing a lot on TV lately.

It didn’t feel like a must-see go-home show (that was Wednesday), but a solid show with some entertaining stuff.

Match of the night:

Rampage was sandwiched between sets of AEW Dark tapings — no spoilers. The show opened with Evil Uno, Preston Vance and John Silver vs. Peter Avalon, Ryan Nemeth and Serpentico. Both Silver and Vance were very over with the live crowd. 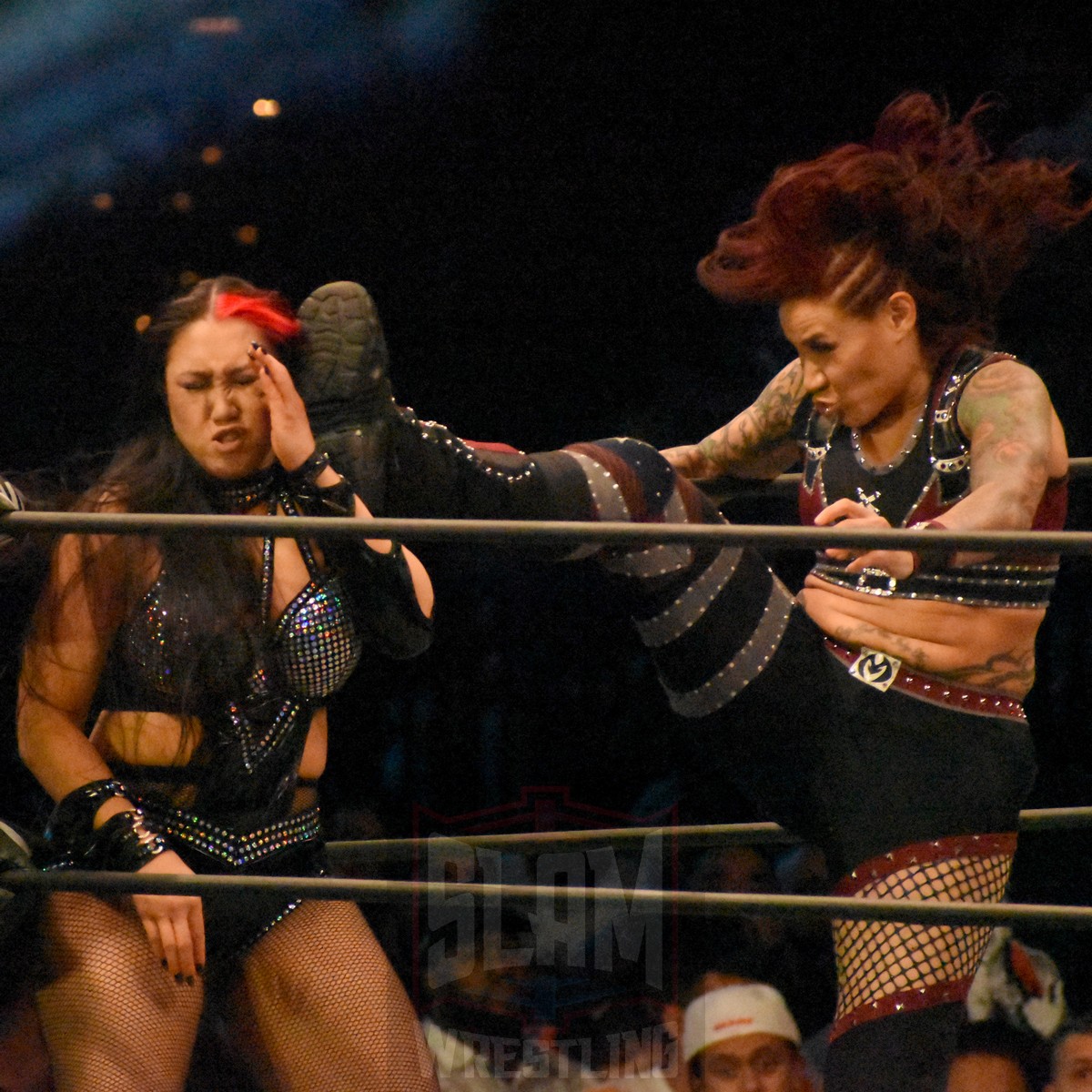 Viva Van gets a book from Mercedes Martinez at AEW Dark on Friday, May 27, 2022 at Michelob Ultra Arena at the Mandalay Bay casino in Las Vegas. Photo by Ben Lypka

Following the Soho vs. Statlander match, a number of matches were recorded.

The majority of fans stuck around for the entire tapings, which lasted for about an hour and a half after Rampage ended.

Allin was confronted by O’Reilly and Bobby Fish after his match with Cutler and Jade Cargill posed at the ramp after Anna Jay’s match.

Johnny Elite was a special open challenge appearance and did receive a nice pop. The match of the taping was Death Triangle vs. The Factory – they had a decent amount of time and everyone got a chance to shine. 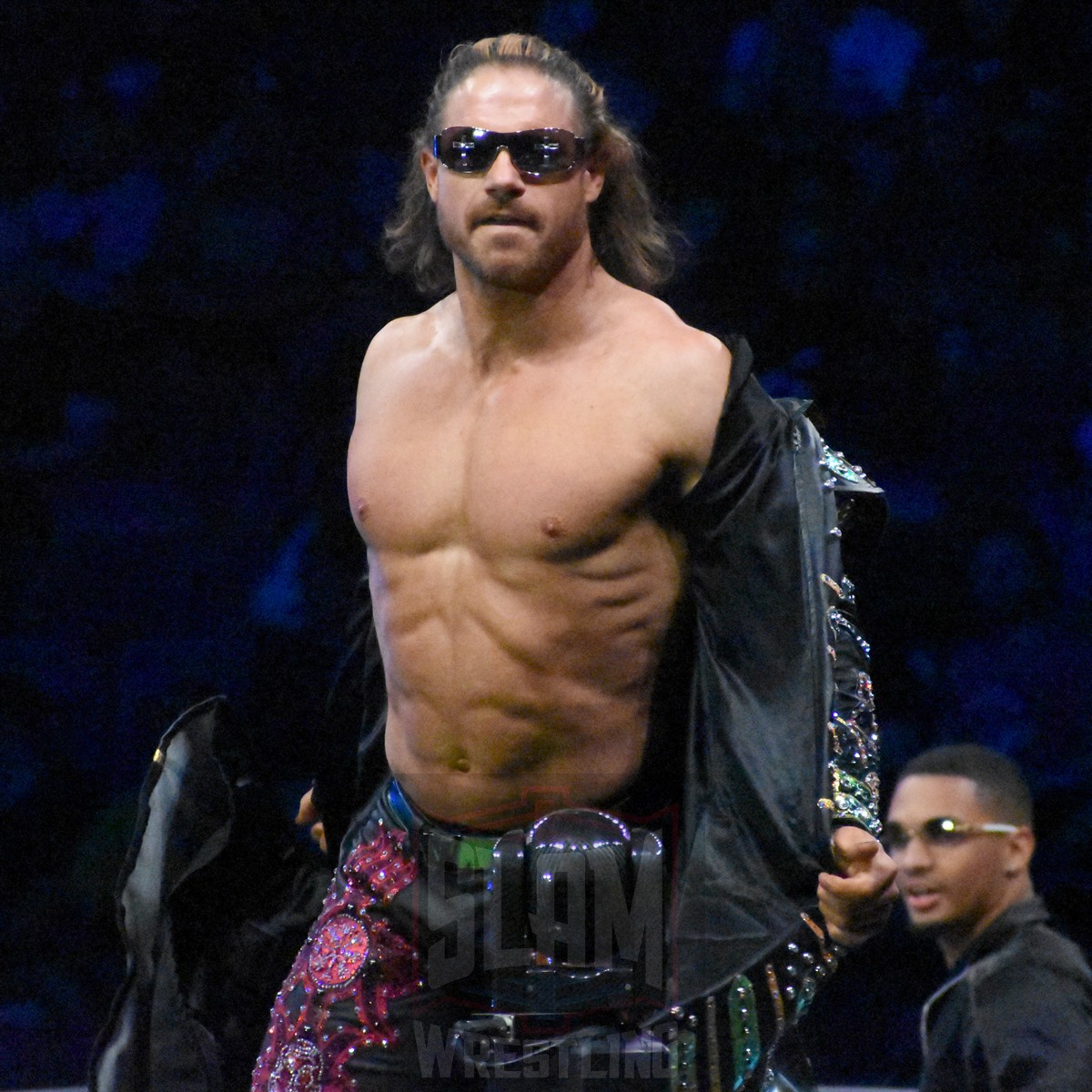 Johnny Elite at AEW Dark on Friday, May 27, 2022 at Michelob Ultra Arena at the Mandalay Bay casino in Las Vegas. Photo by Ben Lypka

AEW Rampage: Statlander and Soho battle it out in the Owen Hart Semifinals