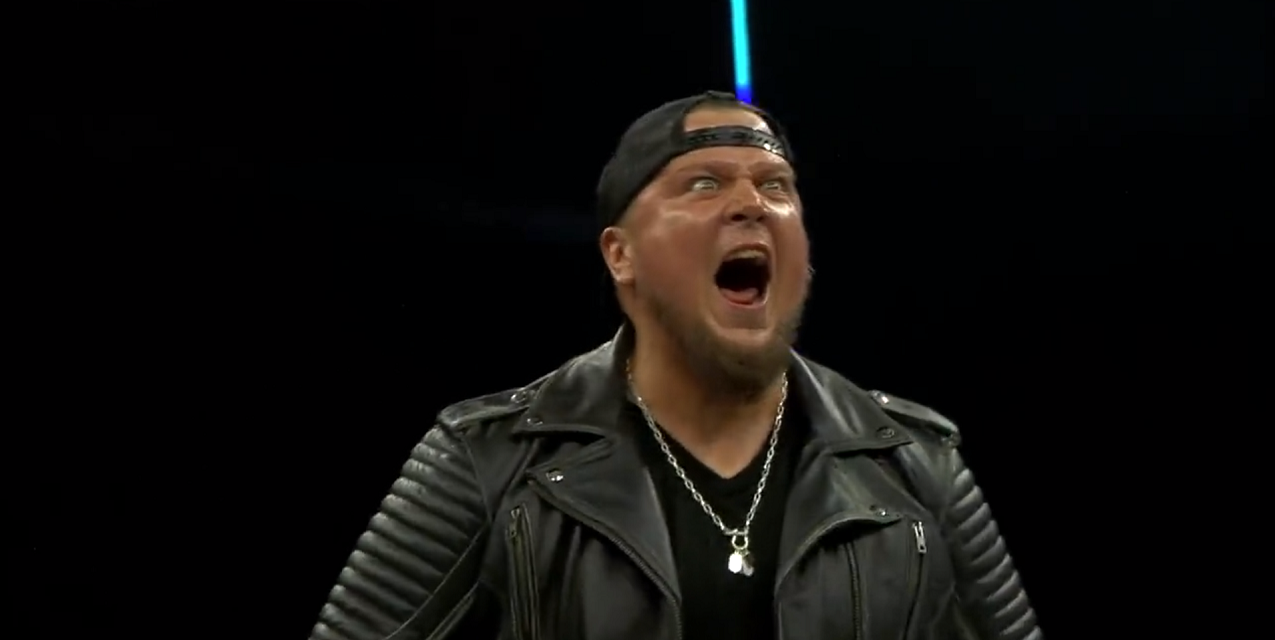 Greetings and salutations everyone and welcome to the Under Siege Impact Plus Special report. With only two weeks worth of TV we have been able to build quite the card with a few anticipated matches happening. We have The Briscoes looking to capture the Tag Team Championship on their second match back. We also have gang warfare as Honor No More collide with The Bullet Club. Lastly, in a match wreatling fans are talking about, NJPW’s Stone Pitbull Tomohiro Ishii challenges “The Walking Weapon” Josh Alexander for the Impact Heavyweight Championship. Without further ado, lets get to it.

Heath and Rhino vs Raj Singh and Shera

This match was a typical tag team match and the end saw a hot tag to Rhino and as he stood tall in the ring alone he Gored Singh for the win.

Laredo used Swann as a step to the top rope where Bailey was waiting. Laredo hit a Spanish Fly. Swann broke the pin and hit a Phoenix Splash to Laredo for the win. This was was a must watch match.

Shaw then hit Rayne with an Enziguiri and DDT but it was only good enough for a two-cout. Rayne was able to overcome that flurry of offense but that didn’t last long at all as Shaw hit Rayne with a spinebuster.

With both Dashwood and Edwards choosing their moment, they chose this second to try and interfere but they essentially cancelled each other out. Shaw hit Rayne with a huge knee to the face and scored the three-count for the win!

Gia Miller interviewed the Briscoes who were hyped for their match against Violent By Design and they felt as though it is their night to make history and capture the Impact Tag Team Championship.

This match was excellent and both men “brought it”. The match went to the outside of the ring early on as Sabin attacked Maclin on the outside. Sabin through himself at Maclin but was caught and ended up with a hurt lower back for his efforts.

Maclin then shifted all focus on Sabin’s lower back. Sabin was able to muster up some offense and hit a Tornado DDT on Maclin quickly followed up by a Swinging Neckbreaker. Maclin was able to get some more offense against Sabin but the veteran hit a clothesline on Maclin and went for the Cradle Shock to score the win.

Deonna Purrazzo, left without a championship after Wednesday’s Dynamite made it her goal to re-capture the Reina de Reinas championship. Things looked very much in her favor early on in the match as she gained the early advantage in the match and focused all of her offense on Vslkyrie’s arm which proved vital as the match continued.

Valkyrie was able to get some momentum back as she got some offense in but Purrazzo came storming back as she hit a Queen’s Gambit on Valkyrie but the champion kicked out at two.

Purrazzo, now becoming more frustrated with how long the match was taking. Purrazzo went and hit Valkyrie with several submissions. This was very much pre-Virtuosa Purrazzo on full display. The Champion proved herself as she was able to escape a flurry of submissions including one by reaching for the ropes.

After the match, the lights go out and MIA YIM is in the Impact Zone! She attacked Purrazzo and wanted to hit a package piledriver but Purrazzo was able to escape.

Gia Miller interviewed Trey Miguel who is hungry to regain his X-Division Championship. Miguel was very confident that otnight would be his night.

Check out what @TheTreyMiguel had to say about his X Division Championship match with @The_Ace_Austin! #UnderSiege pic.twitter.com/LIwDOK1zAw

This match started off exactly how you would expect an Impact -Division Championship match to go. Both men showed some very impressive wrestling skills back and forth. Miguel missed some top rope offense and Austin countered this by going for The Fold early in the match but missed. Miguel quickly countered this with a quick Superkick but he also missed. This match was as 50/50 as one could imagine.

Austin spat on Miguel which only made him angry. Miguel finally landed a superkick, a split legged Moonsault and went for the pin but this was only a two-count. Austin was able to then get a pin on Miguel but put his feet on the ropes which caught they attention of the referee before securing a cheap win.

Miguel was hitting Austin with everything that he can find but Austin countered and hit Miguel with a Ganrly Fold and a successful three-count to retain his X-Division Championship!

This match is weeks in the making and is your classic wrestling gang warfare match up. As the match started all ten men went at it and we ended up seeing White and Taven in the middle of the ring going back and forth. White was able to get the momentum over Taven.

Taven was sent to the corner and all members of the Bullet Club delivered a backrake onto Tavens Back. Some would even call this a Backrake Party.

After a bit of back and forth that favored the Bullet Club it was Anderson and King in the ring. Edwards was tagged in and he hit a huge chop to Anderson. Taven was then tagged in and locked Anderson in a headlock. Gallows entered the ring and tried to get the advantage for the Bullet Club but this was short lived overall.

White and Taven were the legal men again and the Bullet Cub were up to no good as they all tried to attack Taven but he was able to fend off the entire Club and hit a DDT on WHite. White went for a Click Click Boom as pandemonium ensues with both teams brawling everywhere. King dove over the ropes to hit the group of brawlers and was followed by Bey. Vincent dove from the top turnbickle onto everyone on the outside.

Things are breaking down at #UnderSiege between the Bullet Club & Honor No More!#IMPACTWRESTLING pic.twitter.com/fknT1EhzD9

It was obvious early on that this would end up at least starting as a one on one match as Evans and the rest of Decay was not out at ringside. Havok got the early advantage using her raw power.

Havok hit Steelz with a Death Valley Driver but this was only good for a two-count. Steelz was able to then rely on her speed and agility for the rest of the match and eventually hit a Blackout to Havok to score the win to secure the Knockouts Championship.

This match got off to a very hot start as The Briscoes attacked Violent By Design before the match even started. This match started off insane as the Briscoes hit their hardcore roots and beat up VBD all over the ring area and ramp. As the match had not even started, Joe Doering made his presence known to fend off The Briscoes. Doering’s presence gave VBD the time to make it into the ring to officially start the match.

Due to Doering’s attack on the Briscoes before the match during the brawl, this gave VBD the early advantage. This didn’t last long as Mark flew to take out VBD. Clearly The Briscoes are willing to put their bodies on the line to become Impact Tag Team Champions.

The Briscoes had the clear advantage in this match until Doering made his presence known again and this gave VBD the temporary advantage as they hit some great lookign tag team offense along with a Death Valley Driver. VBD looked to win the match but The Briscoes persevered.

Mark took the brunt of the beating for the Briscoes including the Death Valley Driver but Jay made his way back to the ring after being laid out by Doering earlier and looked for the hot tag. The hot tag happened and was able to get the momentum for The Briscoes now. Mark hit a flying Elbow on Young but Deaner was there to interrupt the count.

Young landed an elbow drop of his own to Jay and tagged Deaner in. Deaner hit Doering by accident who was back on the apron and Jay hits a Doomsday Device on him for the win to become NEW Champs

Moose is out now with a mic and demanded that Scott D’Amore come out or else the main event will not happen. Moose is upset that he only had five days to prepare for his World Title rematch and that was not fair and is just another example of how he constantly gets disrespected. Moose said that he is hijacking the show….

The lights go out and a returning Sami Callihan comes out with a Baseball Bat in hand. Sami hits Moose with the Bat and delivered a Cactus Driver. Callihan grabbed the mic and simply said that He’s Back.

This match was given the traditional in-ring intros to both men and there was a clear “Walking Weapon”, “Ishii” chants.

The match was relatively slow and even to start but both men went to the corner and it became a regular chop fest by both men. Both men used their brute strength on one another but Alexander was able to hit his Ankle Lock on Ishii which was quickly countered but the counter was countered as Ishii ended up back in the Ankle Lock. Ishii was able to make it to the ropes before any major damage was done.

Alexander hit a spinning Powerbomb on Ishii for a two count. Both men were a bit slow to get back to their feet and it was once again a 50/50 affair with chops and forarms being their move of choice.

Ishii hit Alexander with a Suplex and then went for a Brainbuster but Alexander countered and was able to knock Ishii down on the ring floor. Alexander looked for a Moonsault but missed. Ishii hit a basement Clothesline shortly after. Ishii headbutts the champion and follows it up with a Clothesline but the champion would not stay down as Alexander replied by delivering a Powerbomb and then a C4 Spike and the pin to retain the Impact World Championship.

The show closes with Alexander celebrating his championship win.

This was a fun card from top to bottom. Every match seemed important and the main event was so much fun as we had two very respected wrestlers go at it and give it their all.

We saw a returning Sam Calihan and before his ankle injury he was building his case for the main event.

Overall this was a fun card that felt important enough for a TV special but not overly important for a PPV. You should go out of your way to watch the following matches: