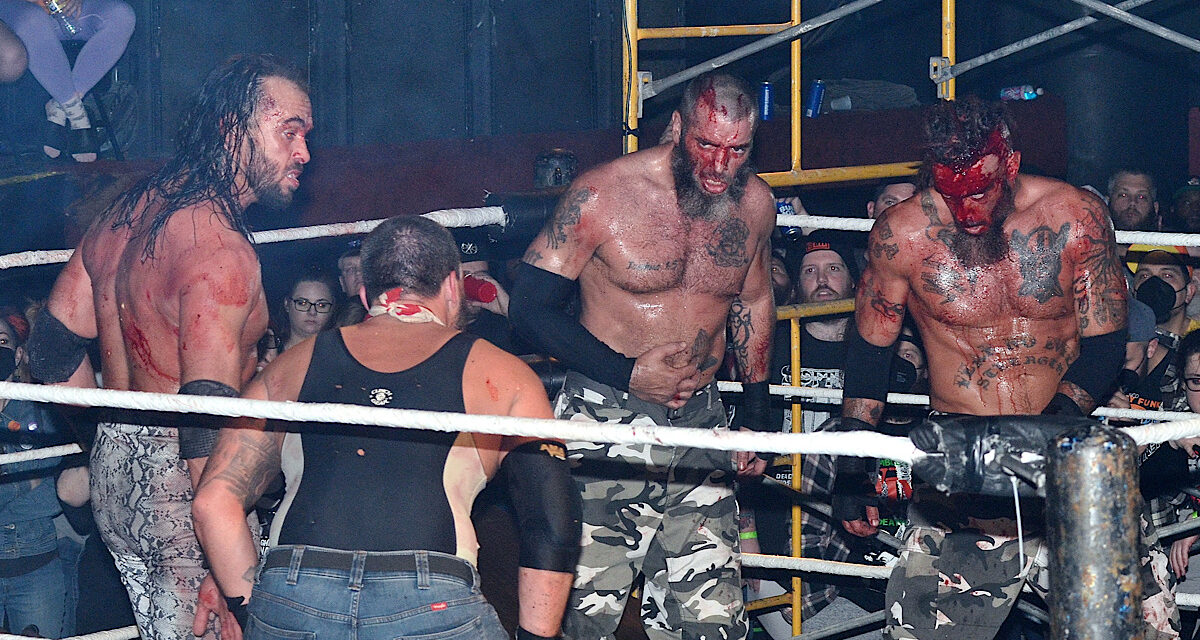 Game Changer Wrestling (GCW) returned to Detroit, Michigan on April 23 with The Old Me, a card headlined by a scaffold match spectacle between Second Gear Crew (Mance Warner and Matthew Justice) and the Briscoe Brothers (Jay Briscoe and Mark Briscoe). A towering structure and numerous underlying tables were promptly assembled for the show’s main event, entitled High Incident, which consisted of only one rule: a winning team is declared when an opponent is sent through a table from the scaffolding – or however it was worded by ring announcer Emil Jay to accommodate the finish.

Tables congested the ring, immediately pushing the duos ringside amidst a packed Harpos Concert Theatre. The brawling was continuous, and the Briscoe Brothers were busted open via some intensely thrown chairs. The tables themselves, however, were not as easily maneuvered, and their lack of cooperation noticeably hindered the match’s flow. Two of professional wrestling’s best tag teams were competing, but with the literal obstacles involved, showcasing much of anything was impossible. 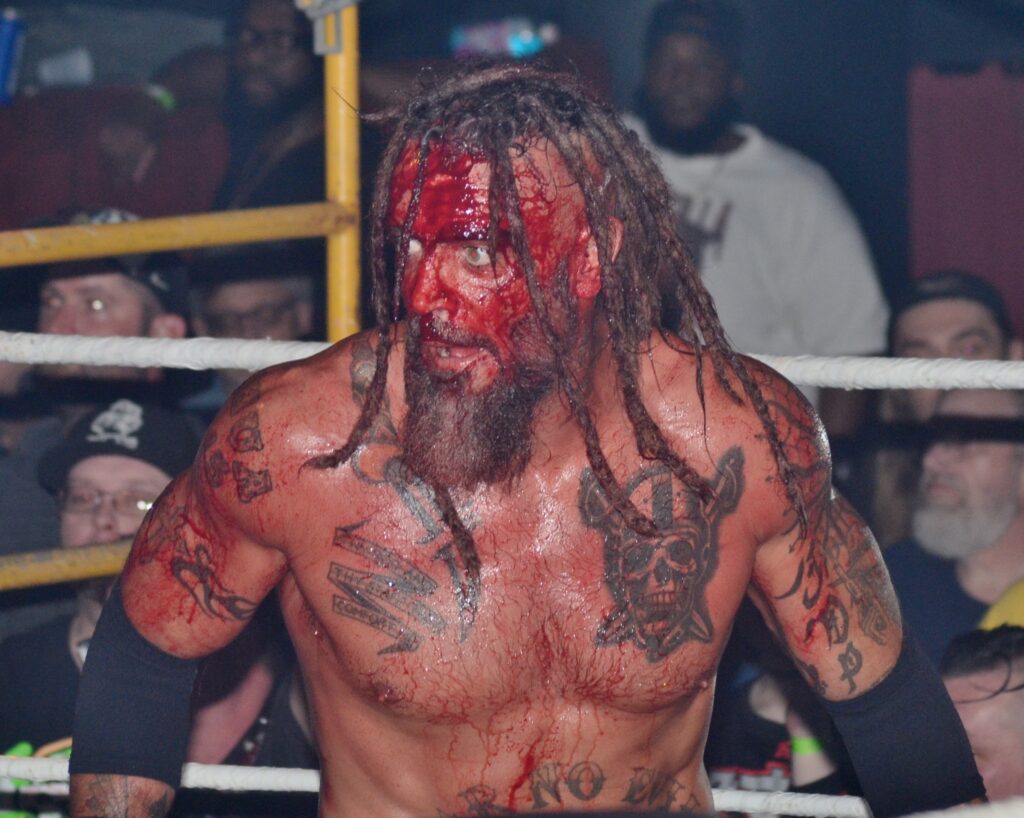 Jay Briscoe bloodied at GCW The Old Me. Photo by Brad McFarlin.

Eventually, Warner and Jay were strung across two tables as Justice and Mark scaled the scaffolding. They arrived at the top, inched towards one another, and simultaneously dove onto their respective opponents. In person, the spot itself was incredible – although it resulted in a draw, which received the loudest jeers of the night. 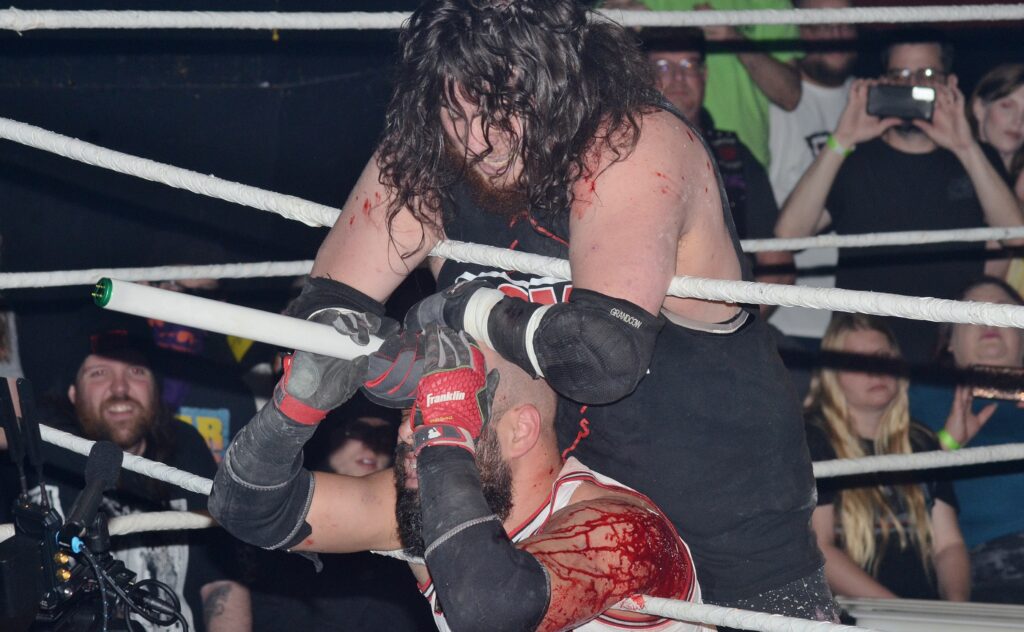 A consistently vocal audience, Detroit’s faithful brought the energy once again. An arguably flat main-event finish included, Harpos’ audience was engaged throughout. Back-to-back deathmatches had Alex Colon versus Jimmy Lloyd follow John Wayne Murdoch versus Hoodfoot, and with every pop of a lightube came the pop of Detroit. Sure, some spots were obviously recycled, but open flesh gets the adrenaline pumping. 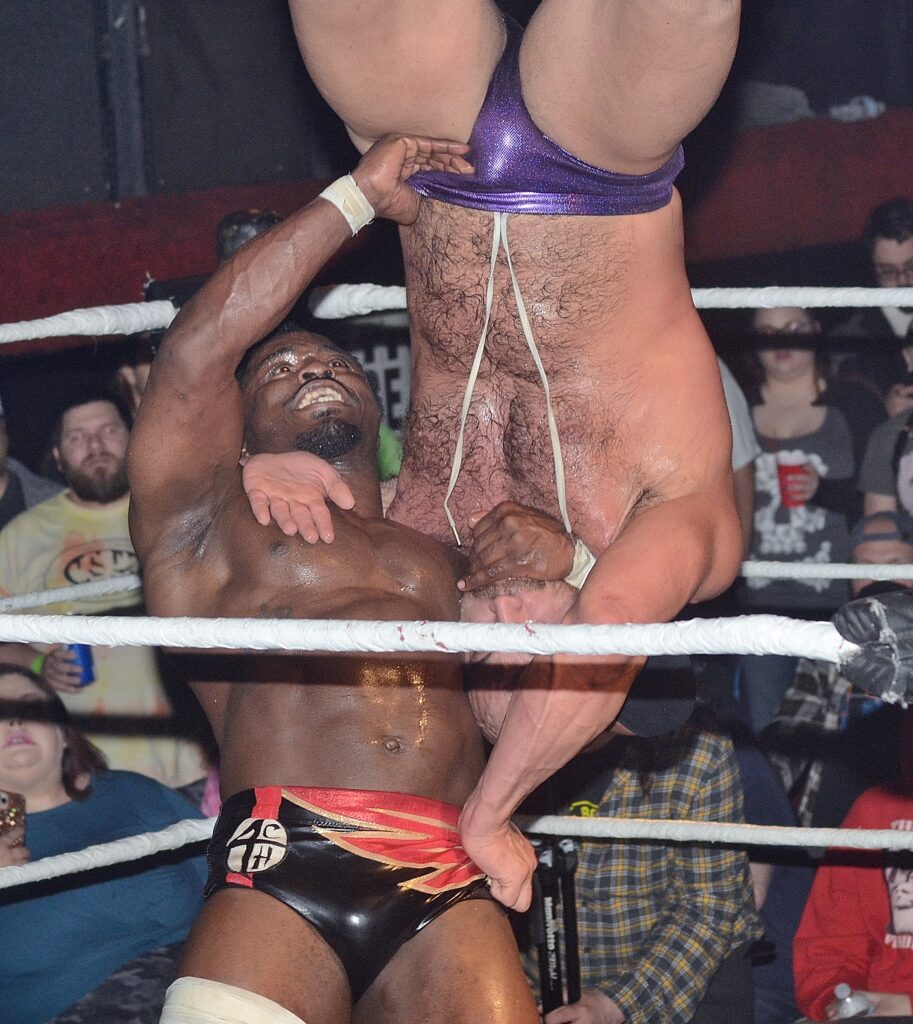 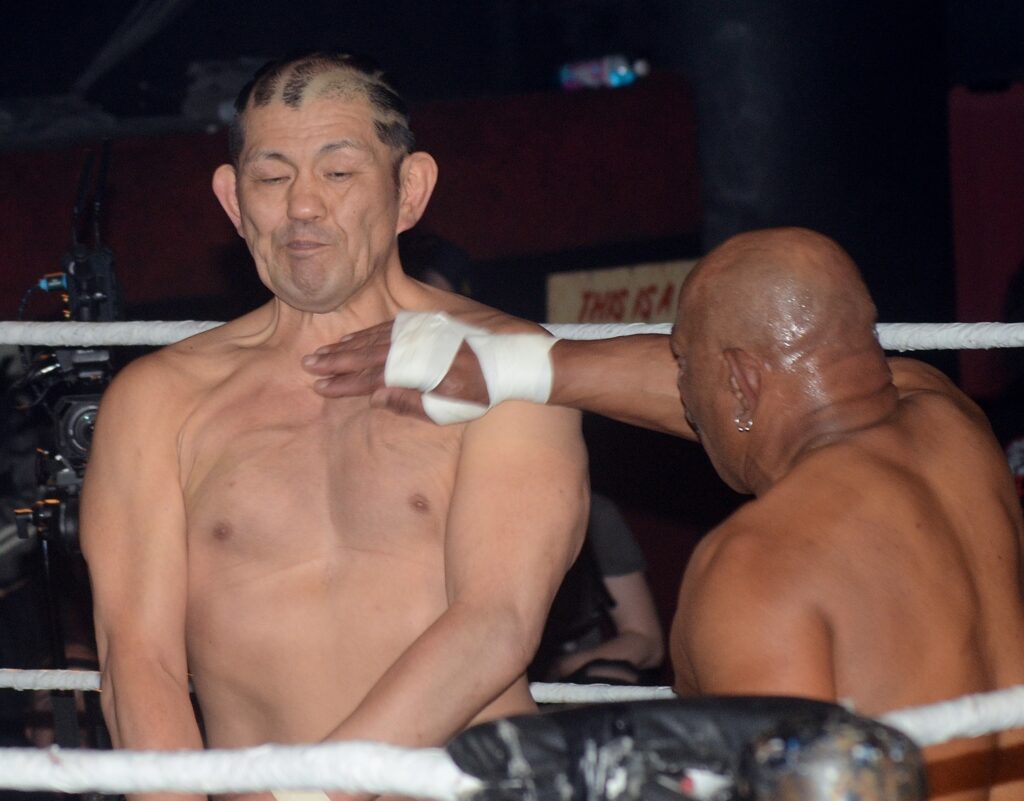 Stage dives and high spots were a constant, yet one matchup in particular gravitated attention without them. Minoru Suzuki and 2 Cold Scorpio, with a combined age of 109, created an unreplicated aura that had Harpos completely invested. “Murder Grandpa” and “Flash Funk” structured their bout around strikes and chops alone, showing that sometimes less is more. At one point though, Scorpio delivered a top-rope front flip leg drop to prove he still could.

While technical issues seemingly hampered the online stream and subsequent general feedback, The Old Me at Harpos Concert Theatre was another win for GCW in Detroit. Despite certain mishaps and overall absurdity, the variety and excitement that GCW brings makes attending live an experience hard not to enjoy. 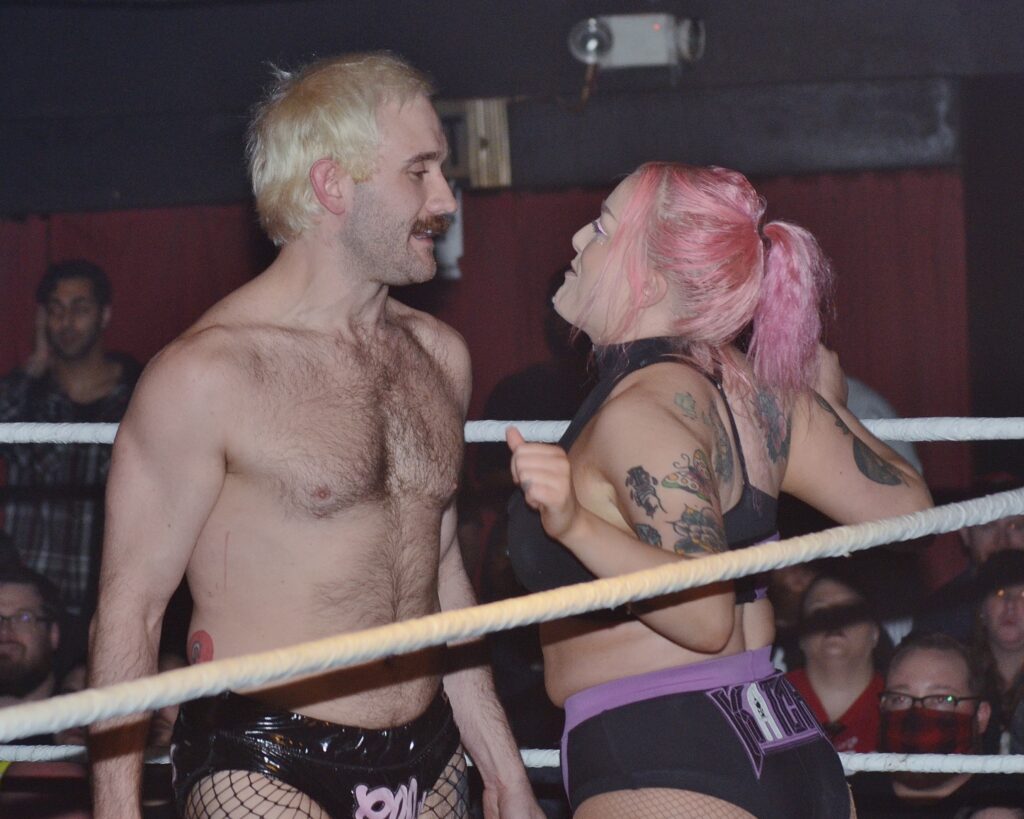