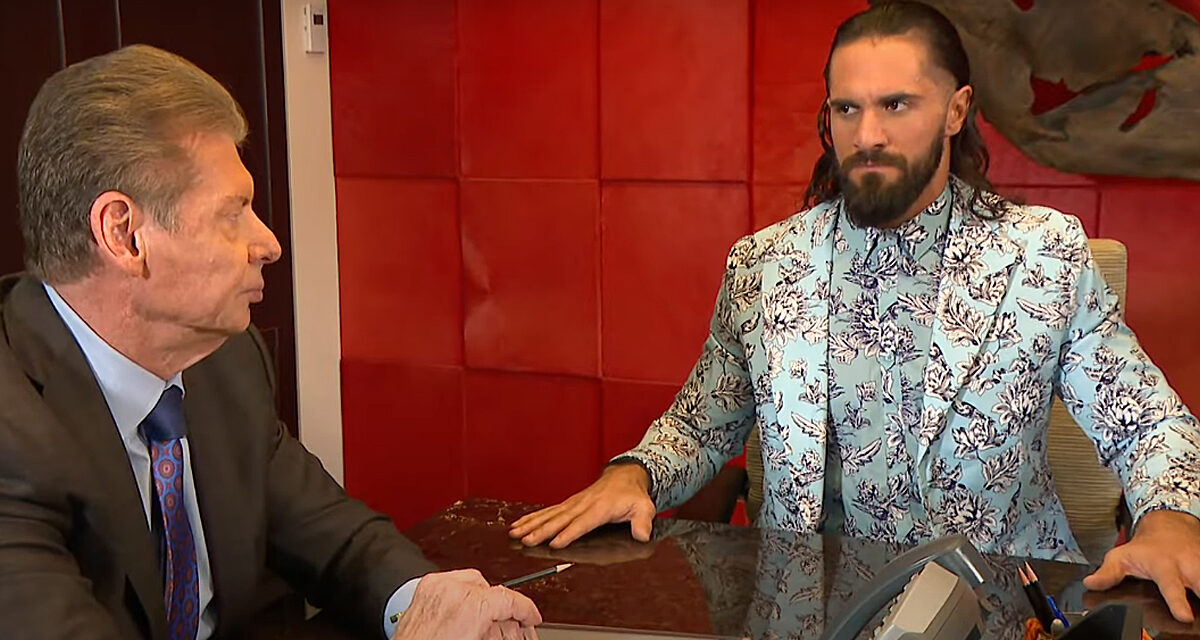 Seth Rollins is going to WrestleMania. No kidding, right?

Rollins’ angle came to a climax on the WWE’s YouTube channel of all places and not Raw today.

In the video, Rollins has his much-anticipated meeting with Vince McMahon to determine his WrestleMania fate.

In the past few weeks WWE authority figures Sonya Deville and Adam Pearce have made Rollins wrestle for his WrestleMania life when clearly the WWE wouldn’t deny one of their main event talents a place on the card.

Rollins tried to steal Kevin Owens’ spot with “Stone Cold” Steve Austin but lost that match. He then failed to steal AJ Styles’ match against Edge when he lost to the Phenomenal One on Raw last week.

In addressing Rollins, McMahon himself made fun of the storyline.

“Really all you had to do was come to me instead of jumping through all those hoops,” he said to Rollins.

McMahon then told Rollins he would be wrestling at WrestleMania but he would be picking his opponent and that person would not be revealed until Rollins was standing across from them in the ring that night.