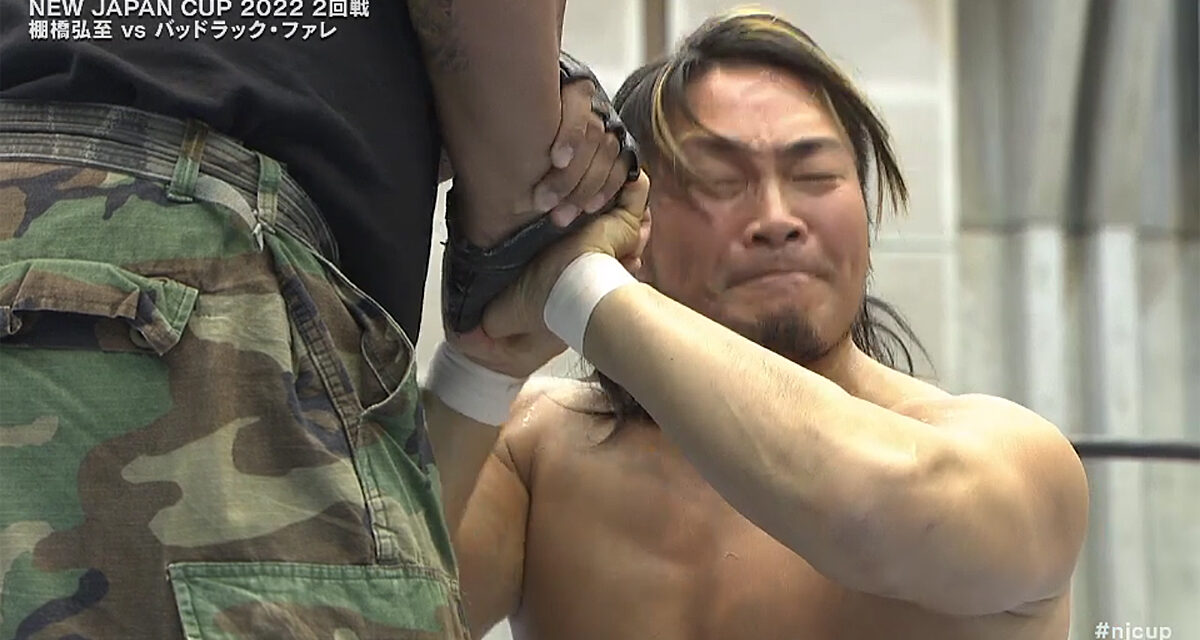 Predictability was the theme of night five of the New Japan Cup with only the main event of Hiroshi Tanahashi versus Bad Luck Fale providing any kind of true suspense. Perhaps next year NJPW should have fewer rounds and more high profile match-ups instead of all of these expected finishes.

Since returning to NJPW, Bad Luck Fale has gotten some high profile tag team wins. Today was the test of whether that’s where his push ends or begins. As per usual, Tanahashi’s knees are not up to par as the tournament has gone on. Tanahashi starts the match off with some bad judgment, a test of strength with Bad Fale. Fale has him on his knees in a flash…with one hand.

The Ace tries for some momentum off the ropes. Fale just shoulder tackles him to the mat. Tanahashi fools Fale into coming out on the floor and nails him with a basement dropkick into the steel barricade. Chase Owens encourages Fale to get back to his feet.

Back in the ring, The Ace makes another mistake in trying to slam Bad Luck Fale. Fale bashes The Ace down to the mat. The Ace attempts the slam again. Fale just falls on him for a two count.

Fale heads to the floor to scoop up a steel chair. Owens kicks the crap out of The Ace while the official is busy admonishing Fale. Fale damages the knee even more by dropping elbow after elbow on it. The ropes are the only thing holding The Ace up as Fale just pummels him in a corner.

Fale wraps Tanahashi’s leg around a ring post then runs at it with a running forearm smash. Fale runs so hard he strikes the steel barricade.

Tanahashi turns things around with a drop kick to one of Fale’s knees and a dragon screw leg whip. A senton gets The Ace a two count.

Tanahashi kicks out of Fale’s running splash off the ropes. The Ace wiggles out of a Bad Luck Fall to slingblade Fale. Chase Owens runs some interference as The Ace climbs to the top rope. The Ace knocks him off the apron with a punch. Tanahashi misses High Fly Flow as Fale rolls out of the way just in time. The Ace catches Fale in a roll-up from out of nowhere to win the match.

Taichi gets the pinfall for his team with a back elbow.

The United Empire (Will Ospreay, The Great-O-Khan and Aaron Henare) versus Los Ingobernables de Japon (Shingo Takagi, SANADA and BUSHI) 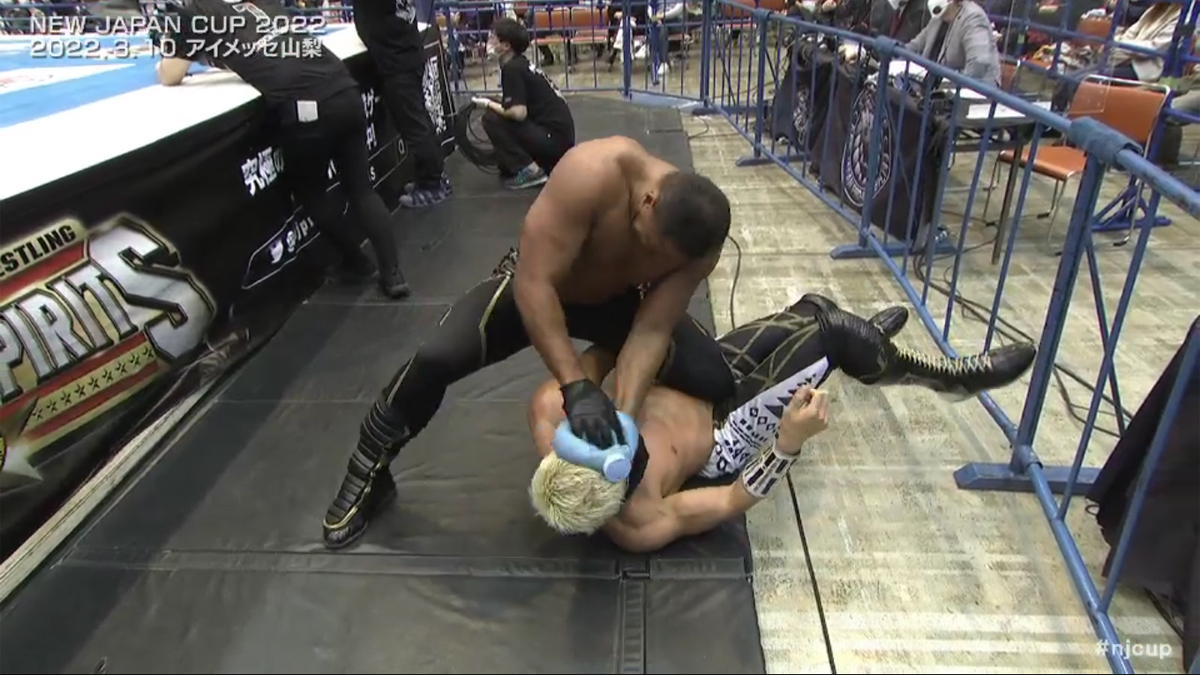 Henare lets loose on Sanada after the match. Courtesy: NJPW.

Bushi eats another pinfall. Ospreay takes the win with his Hidden Blade. Henare swarms Sanada after the bell on the floor.

Winners: The United Empire (Will Ospreay, The Great-O-Khan and Aaron Henare)

Fujita battles well but submits to the Butterfly Lock.

Naito pulls Gedo’s brass knuckles out of his pocket. He doesn’t fight fire and use them though. Naito pins Gedo with a sneaky roll-up. Chase Owens leaves the announce position to rip on the official.

Cobb beats Kojima with Tour of the Islands.