New Japan Cup night two a droner of an event 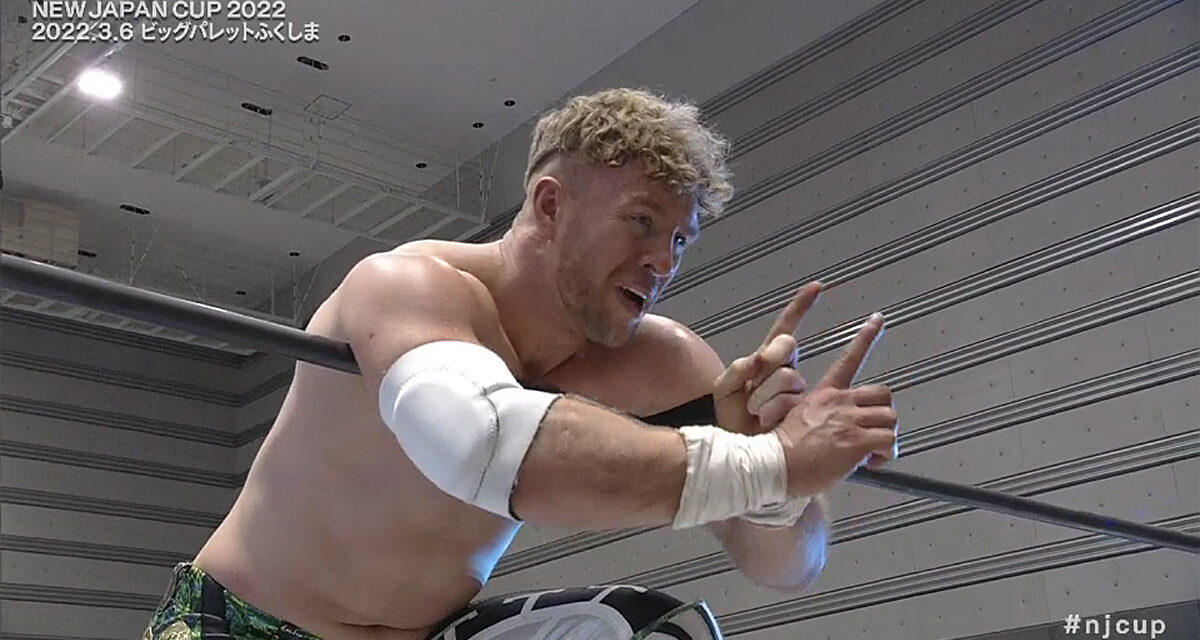 Night two of the New Japan Cup was a night full of default mode tag team bouts and predictable New Japan Cup matches. Lately, NJPW has relied too much on these tag matches to the point of devaluing their singles wrestling so far this year.

The results of the three New Japan Cup matches, two of which had Young Lions in them, had the expected results.

The match between two established names, Bushi and Will Ospreay, was also a foregone conclusion since for some reason Bushi loses, eats pins for the most part in NJPW. He really deserves better than that. It was no shocker at all when Ospreay did beat him with a Hidden Blade strike.

“If you bet on anyone else in this tournament you had better think again! Will Ospreay is back in NJPW!” said Ospreay to the crowd after the match.

The Young Lion gets stretched out by the legend Nagata and his Nagata Lock.

Chase hits the Package Piledriver on Honma. Phantasmo finishes him off with Thunder Kiss ’86.

After Yujiro uses his cane on him, Tanahashi pins him with a low-blow and a roll-up. Kevin Kelly wonders if the trio is in line for a NEVER Openweight 6-Man Tag Team Championship match?

This match is used mostly to push the feud between Ishii and Takagi. Yoh submits to Sanada’s Skull End. 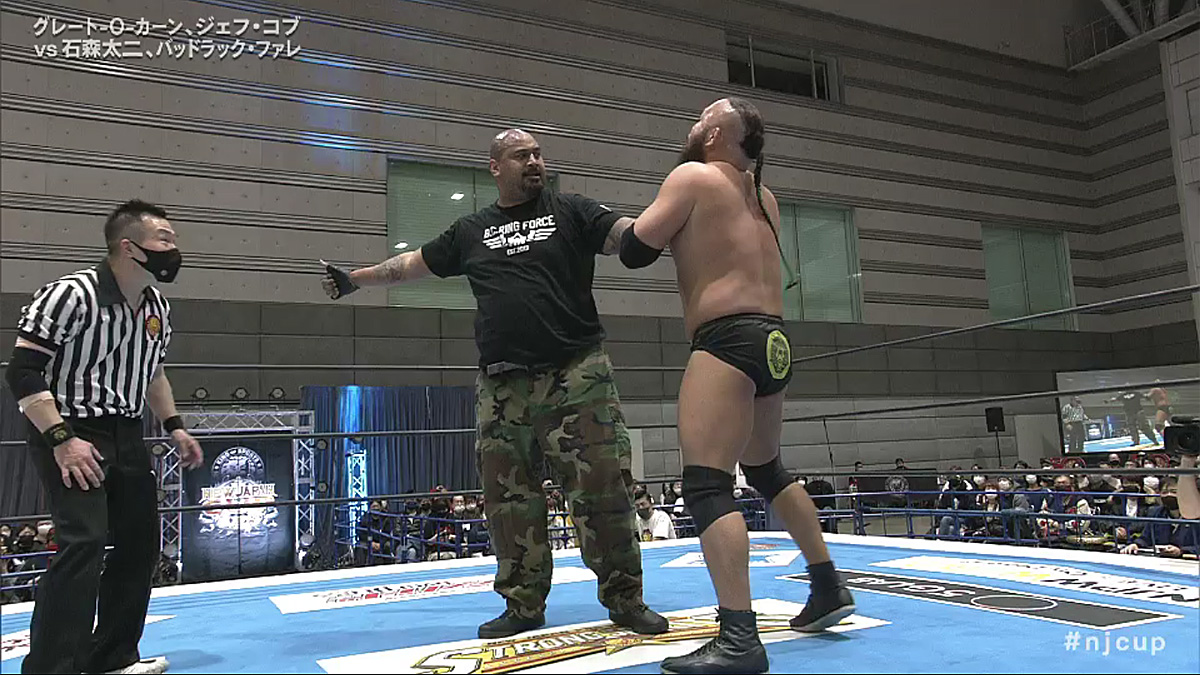 Fale pulls the pin on a Grenade. Courtesy: NJPW.

Surprisingly, Fale dominates this match. He pins Khan with The Grenade. Perhaps he is finally getting a push?

Henare makes short work of the Young Lion with a spear.

Oiwa taps out to Zach’s toe-hold.

Bushi versus Will Ospreay – NEW JAPAN CUP 2022 1ST ROUND