NXT: In defeat, Waller proves himself against Styles 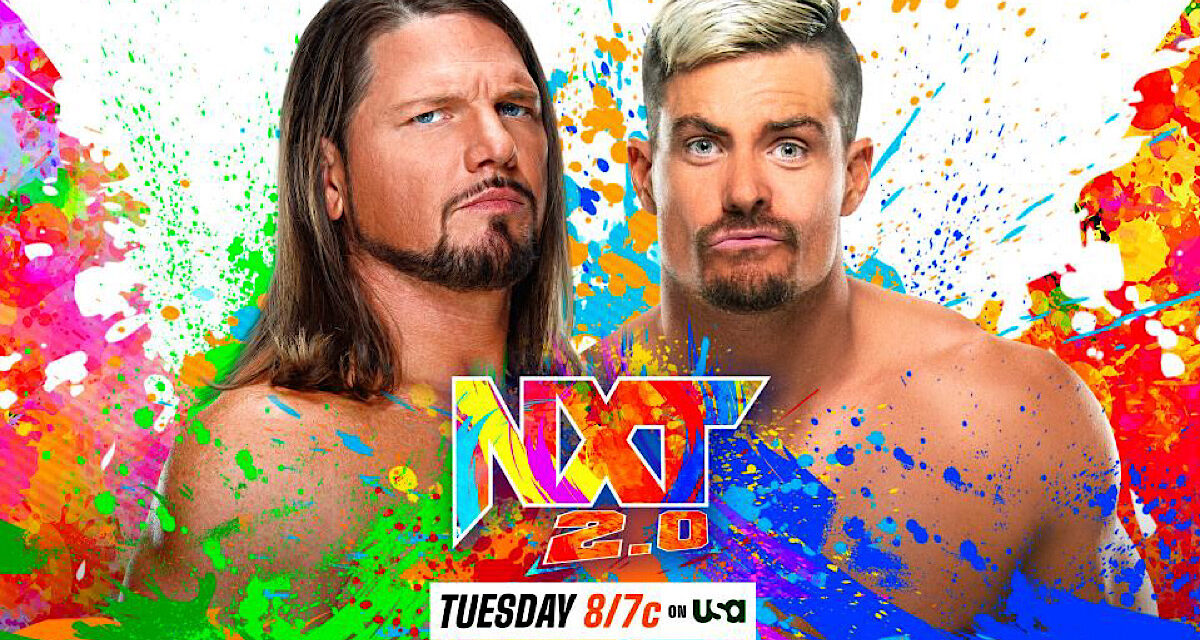 Landscape changes continue to make headlines inside and outside of the NXT ring. But regarding the former, the future looks bright — particularly with the brand’s young new talent. Last week, charismatic Carmelo Hayes became the undisputed North American Champion while upstart Bron Breakker finally captured the NXT Championship.

He opened tonight’s episode with a microphone in hand – not with stereotypical Steiner gibberish but instead a bold and composed celebratory message. And closing tonight’s show was the breakout star of NXT, Grayson Waller, holding his own against RAW’s AJ Styles. Maybe this 2.0 stuff isn’t so bad — well, some of it.

The winner will receive Elektra Lopez’ love as she spectates ringside like seven-year-old Dominik Mysterio. Quinn controls with mundane offense through picture-in-picture, but Escobar regroups via distraction. Raul Mendoza eventually interferes again, but Lopez stops Escobar from taking advantage. With Joaquin Wilde holding the referee, Lopez low-blows Quinn, and Escobar hits the Phantom Driver for three. Empathy is scarce for somebody as unemotional as Quinn – tough luck, pal.

Tony D’Angelo himself sends a message to Pete Dunne backstage; the Italian colloquialism is so good. Meanwhile, a vignette previews Cameron Grimes’ first match of 2022.

Kemp, a Steveson brother, makes his NXT TV debut against an Orlando veteran whose current position is unclear. Nevertheless, Diamond Mine’s Malcolm Bivens watches on ringside, cheering on Kemp’s collegiate-style attacks. But Grimes makes the comeback and hits The Cave In for the quick victory.

Joe Gacy is backed by Harland backstage as he speaks about the Dusty Rhodes Tag Team Classic. “Though tonight we may be rivals, Harland wants you to know that does not make us rivals in life,” Gacy says with a sick smile.

Edris Enofe and Malik Blade vs Joe Gacy and Harland

The matchup is branded under the Dusty Rhodes Tag Team Classic, but lest there be confusion, it’s only a qualifying match (commentary used a different term). The fledgling duo of Enofe and Blade features two young, athletic competitors who together have legs – just not against Harland. The monster smashes Blade into the turnbuckle past the referee’s five-count, giving the opposition the disqualification victory.

Tony D’Angelo vs Pete Dunne – Crowbar on a Pole Match

Backstage roles have been rearranged, so who’s really advocating for this stipulation, “bro?” However, fittingly gimmicky D’Angelo is surprisingly a great grappler, especially with an opponent like Dunne. Following commercial break, D’Angelo retrieves the crowbar, but Dunne steals it, so what was the point? Tides are repeatedly turned as they struggle for the crowbar, but D’Angelo hits one brutal blow for victory. “Bing bong,” says culturally in-tune commentary.

Uttered in a backstage interview, Grayson Waller will create another “Grayson Waller moment” tonight against AJ Styles. Waller’s being thrown into the deep end early, and he’s swimming pretty well.

The contractually obligated Toxic Attraction segment is a short promo package that highlights Jacy Jayne and Gigi Dolin. They’re the “best in the world” apparently…

Choo, carrying a blanket, is dressed in sleepwear acting sleepy. She literally naps in the corner as the opposition flips around, but she eventually tags in and hilariously pulls off some nice suplexes. “Can she put this to bed?” asks commentary. Hartwell delivers the springboard elbow giving her team the victory. Is it too late to revive Mei Ying?

Boa isn’t in face paint, so chances for Sikoa drastically went up. Boa does get significant offense in before Sikoa makes the comeback, but the matchup ends via double countout as they brawl backstage. After commercial, the competitors are still going, but a fireball erupts in Sikoa’s face; Boa emerges with face paint now, miraculously.

AJ Styles is interviewed backstage, speaking about NXT’s passion and Grayson Waller’s lack of it. He commends his Georgia Bulldogs and vows to headline WrestleMania, but first comes Waller.

The undisputed North American Champion Carmelo Hayes, immaculately dripped out, enters the ring alongside Trick Williams. “Rest in piss to all my opps,” says Hayes. The confidence on the microphone is crazy – “charisma off the charts,” as commentary aptly says. But the celebration is cut off by AJ Styles in preparation for tonight’s main event.

Cutting to the parking lot, Cameron Grimes finessed Hayes’ keys, but the message is blunt: he’s coming for the North American Championship.

The culmination of a very unique angle puts rookie Waller to the test. Can he hang with “The Phenomenal One?” After eating a beautiful dropick, he rebuttals with a smooth closeline preceding picture-in-picture where he retains control. Styles comes back with signature strikes and an Ushigoroshi for two, but Waller recuperates with a springboard elbow. The audience is standing at this point as Waller escapes the Calf Crusher and delivers a powerbomb. He ducks the Phenomal Forearm and hits the amazing rolling stunner, but Styles isn’t out yet. After delivering a brainbuster, he connects with the Phenomenal Forearm to close a phenomenal main event.

“You’re good. But you’re not phenomenal,” says Styles. He then introduces a returning LA Knight, delivering some comeuppance on Waller before embracing tonight’s victor.

Tonight’s main event proved quite a few things in retrospect. In the best way possible, Grayson Waller is the next Miz, meaning his future is incredibly bright in WWE’s current landscape. Two, AJ Styles has still got it and never lost it. Three, if NXT 2.0 is utilized in this way more often, it’ll be a success. It’s just the remainder of the card that frankly kinda sucks.