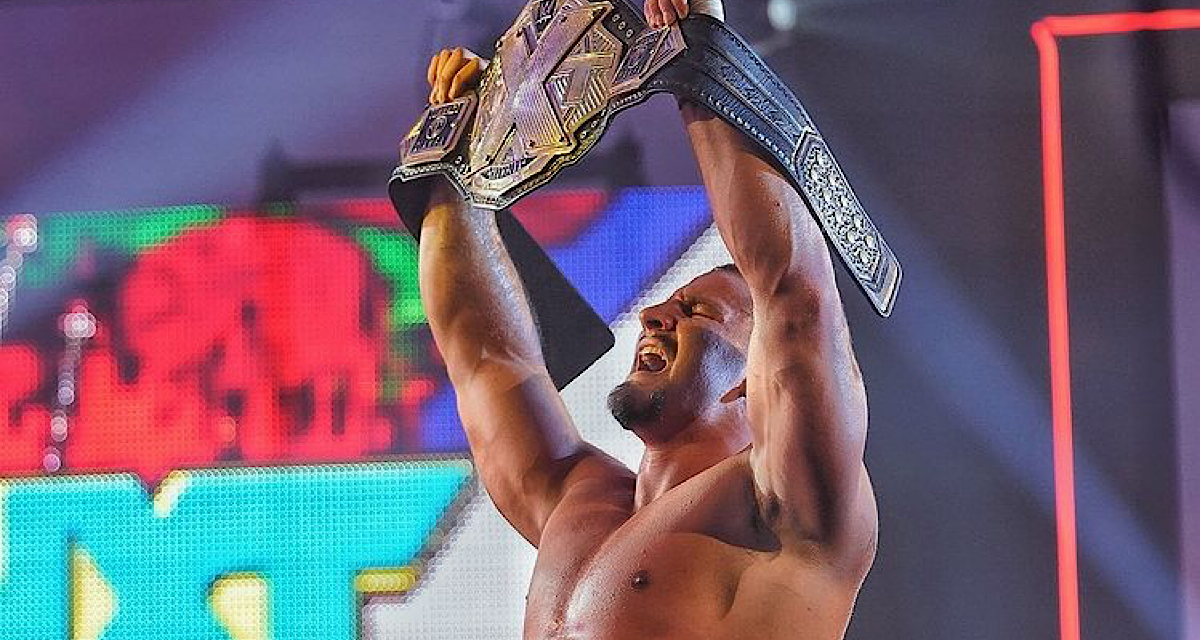 2021 presented a major overhaul for NXT, but the changes don’t stop in 2022. Spawning from the first NXT 2.0 rivalry, Bron Breakker finally defeated rival Tommaso Ciampa to win the NXT Championship, climbing the ranks in unbelievable time. As for the remainder of New Year’s Evil 2022, it’s a sign of good things to come for the Tuesday night brand.

The respective North American and Cruiserweight Champions are bringing an unfamiliar big-fight feel to NXT 2.0, where the winner receives the unified former title. Both competitors are smoother than butter, and a hot audience recognizes it. Heading into the first picture-in-picture, the seamless chemistry already makes this NXT 2.0’s best opener yet. They trade chops and submissions, but Strong moves forward with signature backbreakers and strikes. He delivers an insane top-rope X Plex, but Hayes recovers to connect with a top-rope leg drop for victory. Hayes continues climbing up in a highlight battle of technique and agility. As for the defunct Cruiserweight division, he “put it on a t-shirt.”

Amari Miller, Kacy Catanzaro, and Kayden Carter bicker with Peria Pirotta and Indi Hartwell. The latter are outnumbered, and their invitation to Tiffany Stratton is declined. Instead, they’ll partner with Wendy Choo, who’s sleeping in her pajamas. “Why are looking at me like a ham sandwich?” remarks Choo. Ugh.

Imperium vs MSK and Riddle

The presence alone of WALTER is unlike anything — not even MSK’s scooter and disc jockey entrance can hinder it. MSK’s Nash Carter and Wes Lee showcase their athleticism before the big guns are tagged in; WALTER destroys the opposition with chops heading picture-in-picture. Riddle eventually makes the comeback on WALTER, and the trio hits triple dives onto Imperium outside. Numerous nearfalls later, MSK hit their finisher on Fabian Aichner as Riddle delivers the RKO on Marcel Barthel for three. Riddle did the unthinkable of getting MSK over with the NXT crowd — props to The Bro and The Shaman.

Backstage, Joe Gacy answers for Harland’s attack on a Chase University student. Well, instead, he announces their entrances into the upcoming Dusty Rhodes Tag Team Classic.

The NXT Women’s Champion Mandy Rose arrives with flair over Orlando. She exits a helicopter heading into the following matchup.

“Everyone wants to know” about Elektra Lopez and Xyon Quinn’s relationship. Let’s leave the lies in 2021. The winner of next week’s matchup between Quinn and Santos Escobar gets Lopez. Is it a custody battle?

Gonzalez is the anchor here, and that’s not because of size. It’s a messy scramble before picture-in-picture hits, where Rose temporarily introduces a kendo stick. Jade is “wiped out” after being thrown outside, leaving Gonzalez with the champion. Gonzalez hits the Chingona Bomb, but Jade breaks the pin with a senton. She fails to roll-up Rose, who capitalizes with her own quick pin to retain. The women’s division just isn’t hitting right now.

In the parking lot, Riddle says goodbye to MSK, who are approached by the Creed Brothers. They’ll cross paths in the upcoming Dusty Rhodes Tag Team Classic.

“Last week was indeed a teachable moment,” says Andre Chase in-ring. “I’m so grateful that Harland didn’t follow through and throw him off the roof of that building… because that would’ve been terrible for enrollment.” He attempts to give the student a Chase University scholarship before Von Wagner interrupts, ruining the fun as always. He attacks Chase, the student, a supposed audience member; “he’s gone as crazy as Antonio Brown!” says commentary.

Cameron Grimes had an outstanding 2021, which is recapped in a video package. Now, he’s going “2022 the moon.” 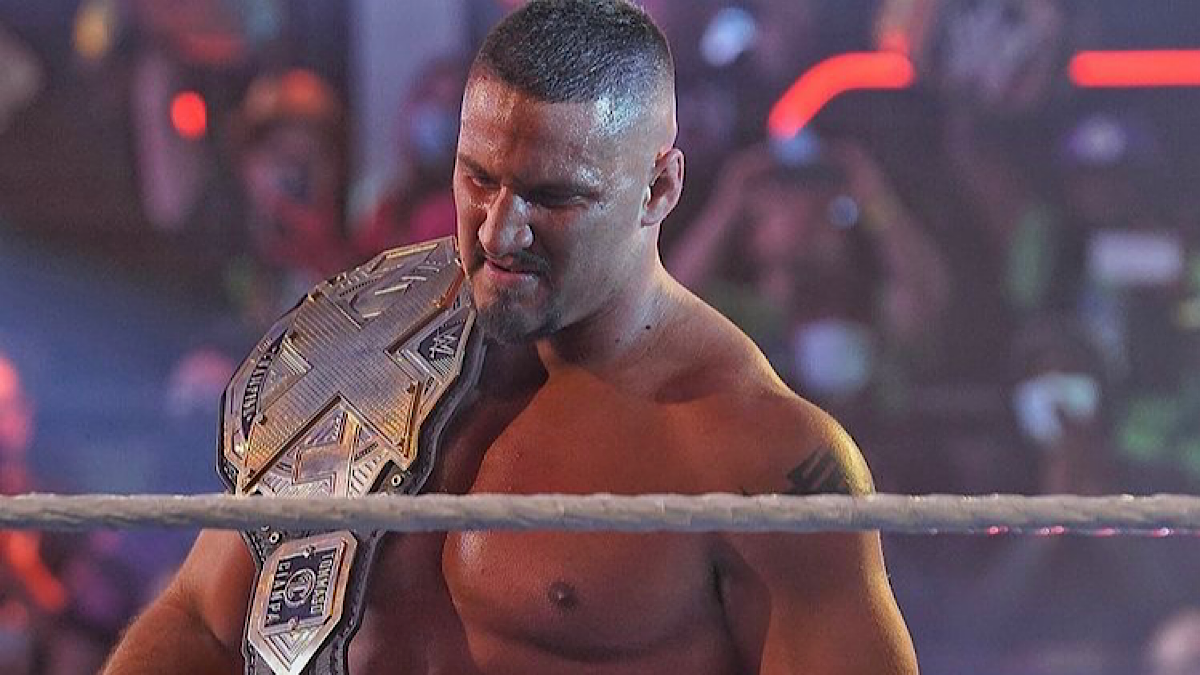 Breakker breaking through a styrofoam gold X symbolizes the death of “NXT 1.0,” but Ciampa himself is one more remnant. They aren’t rushing things in tonight’s commercial-free main event, but Ciampa eventually gains control with an outside dive. Breakker’s strength and agility turns the tide; the madman hits a standing moonsault for two. Playing into his legitimate slip from last year, hesitation gives Ciampa the upper hand before running into a spear and Frankensteiner from Breakker. An amazing reversal precedes Ciampa’s Willow’s Bell, and the champion exposes the concrete floor thereafter. But instead, Ciampa is brutally ricocheted off the announce desk but has the wherewithal to grab the bottom rope. A groin shot, multiple knees, and the Fairy Tail Ending isn’t enough to pin the challenger. Breakker hits the middle-rope bulldog and cinches the Steiner Recliner as Ciampa taps out. Breakker is the new NXT Champion!