Impact: Ringing in the new year with a look back at the old year’s in-ring 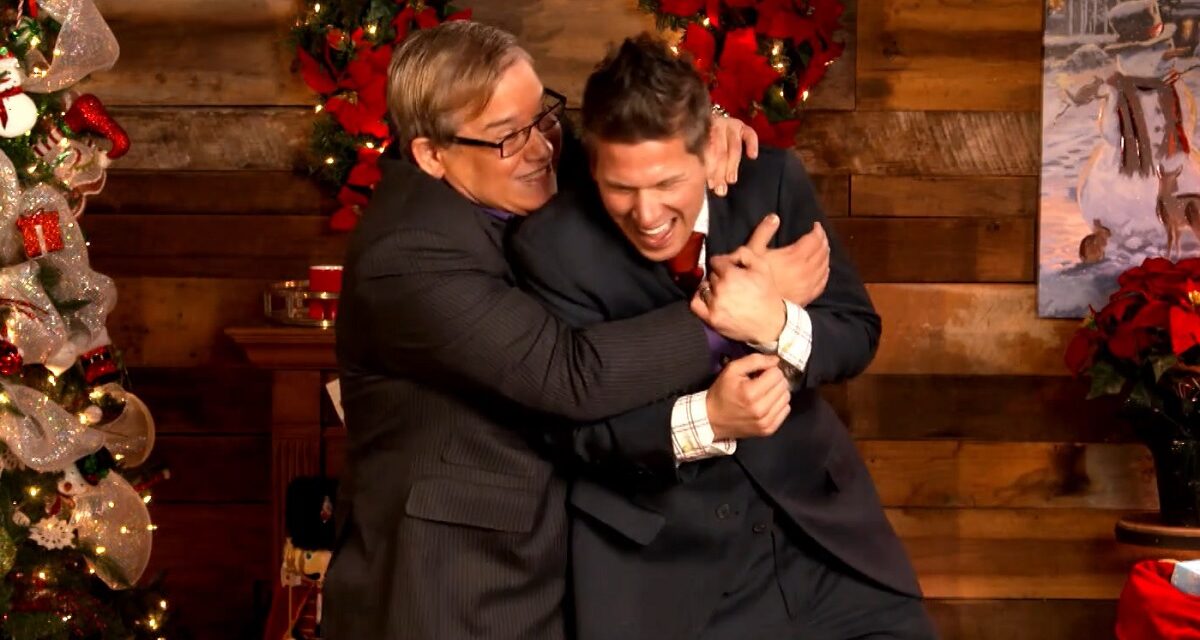 Welcome to the last Impact recap of 2021 – and, like last week, this episode was a recap of the year gone by. Hosted by Josh Matthews and Impact Executive Vice-President Scott D’Amore, tonight will see three more fan-voted awards handed out between recaps of memorable moments from the year, and maybe even some build to the upcoming Hard To Kill PPV event, taking place on January 8th.

The first match shown was the Full Metal Mayhem match between Eddie Edwards and World Champion Moose from Turning Point. Matt Cardona and W.Morrissey  got involved in the action, and ultimately it was Moose whose hand was raised. Cardona and Morrissey will get their chance against Moose during their Three-Way Title Match at Hard to Kill.

The Influence were doing a photo shoot when the Iinspiration barged in, saying that they had booked the studio for their own shoot. They brought their own photographer, Jai, who had a stand-off with Kaleb. As the Influence left angrily, the Iinspiration said they’d see them next week. The two teams compete for the Knockouts Tag Team Championship at Hard To Kill.

“You’re in the wrong place buddy!”

LIVE at @thefactoryDE in Dallas, Texas!

The next highlight saw the debut of the Iinspiration at Bound For Glory, where they defeated Decay to win the titles.

Jordynne Grace and Rachael Ellering won the award, and cut separate video promos from home thanking the fans for the honour. Despite their topsy-turvy year, where it looked like the team might actually spilt up, these two ended up together and maybe will be in the title hunt in 2022.

Eddie Edwards, Rhino, Heath, Rich Swann, and Willie Mack cut a promo. They will be teaming up against Violent By Design and The Good Brothers in a Hardcore War at the PPV.

They ran down the Top 10 Social Posts of the year. The Twitter post announcing Christian Cage winning the World Championship took the number one spot.

Up next was the No Disqualification title match pitting Sami Callihan against then-Champion Kenny Omega. The stipulation should have been in Sami’s wheelhouse, but Omega’s hired goons the Good Brothers helped him beat Sami and retain the title.

They showed some highlights of Jonah’s Impact career thus far, starting with his big sneak attack on Josh Alexander and this his first match (against, it looks like the aforementioned Jai). Big things to come for this guy. Starting with Jonah taking on Alexander at Hard To Kill.

Scott and Josh announced that Jonathan Gresham will be defending the ROH World Championship at Hard To Kill. #ForbiddenDoor

A hype video for W. Morrissey aired. He alluded to his previous history in WWE teaming with Enzo Amore, and said that his new attitude will help him achieve his goals in Impact. This was short, but good.

LIVE at @thefactoryDE in Dallas, Texas!

Josh Alexander won the award, and there’s no arguing he deserves it. He cut a pretty short low-key promo seemingly humbled by the honour.

They showed the match between Rich Swann and Moose from Sacrifice, where Swann unified the Impact World Championship and the TNA World Heavyweight Championship. Man – remember the days when the show was held in an empty arena? Thank goodness that’s over with.

A Mercedes Martinez promo aired. She had some nasty words for Deonna Purrazzo, and challenged her to a match next week.

.@RealMMartinez just called out @DeonnaPurrazzo next week on #IMPACTonAXSTV! pic.twitter.com/5lzYPKwX6C

Interesting timing, given that Martinez appeared on AEW Dynamite yesterday night and Tony Khan has confirmed she is indeed All Elite.

D’Amore and Matthews talked about Purrazzo’s upcoming matches, noting that she will have that match, will challenge Mickie James for the Knockouts Championship at the PPV, and then has a match the following week on Impact against Rok-C for the ROH Women’s Championship, meaning she could be a triple champion (as she also holds the AAA Reina de Reinas Championship). Talk about the Forbidden Door!

They also mentioned that Masha Slamovich will be making her Impact debut next week.

The June 3rd 60-Minute Iron Man Match between Josh Alexander and TJP for Alexander’s X-Division Championship that started on the Before the Impact pre-show and concluded on Impact rightfully won. Seriously, if you haven’t seen that match, go find it and watch it. It’s not only Impact’s match of the year, but is probably in the top 3 matches of any wrestling show from 2021.

Alexander cut a video promo, crediting that match for slingshotting him to the top of the card in many peoples’ eyes. He thanked the company for giving him the opportunity, the fans for their support, and TJP for the match. Really, go watch that one.

They showed the match (well, most of it – it was edited to fit the show), that Alexander won, 2 falls to 1. Tremendous.

Josh and Scott closed out the show to wish everyone a happy new year.

After they signed off, a promo aired with Su Yung’s demon spawn, Brandi Lauren and Kimber Lee. Su Yung entered the scene and stole their souls. When she was done, it was revealed that their life forces had been absorbed by Yung, and she was actually pregnant.