El Desperado and Takahashi at the top of BOSJ tournament 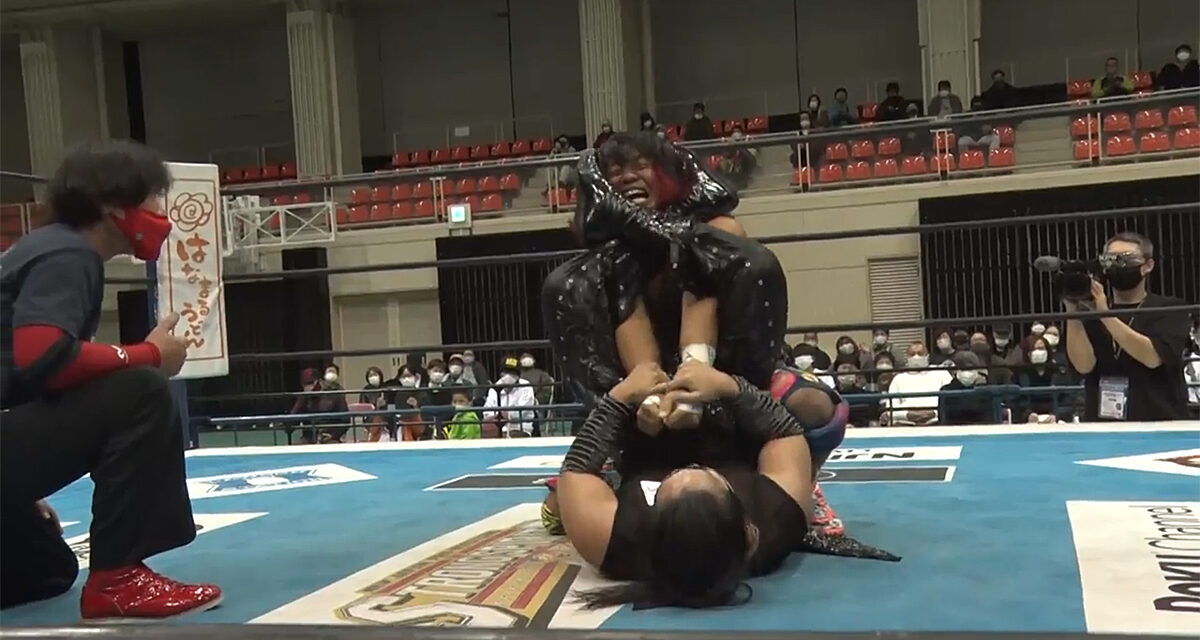 El Desperado and Hiromu Takahashi lead the Best of the Super Juniors Tournament as it heads to its conclusion. Each now has 13 points. Desperado defeated the veteran Ryusuke Taguchi on night ten and Takahashi defeated Douki, who remains in last place with only four points.

Kanemaru submits to the Robinson Special.

Phantasmo does a flip off the top rope hurting his knee. Yoh gets the win with his bridging roll-up.

Sho crawls over to retrieve his wrench. Ishimori stops him with a running knee strike before he can use it. Ishimori grabs the wrench, puts it in his boot and grabs the NEVER Openweight 6-Man Tag Team Championship belt. He throws it to Sho and falls on the mat faking being hit with it. Ishimori tries to use the ropes for leverage in pinning Sho but the official kicks his foot off the ropes kicking the wrench and hurting his foot. Ishimori mule kicks Sho in the “lower abdomen” with the wrench in his boot rolling him up for the win.