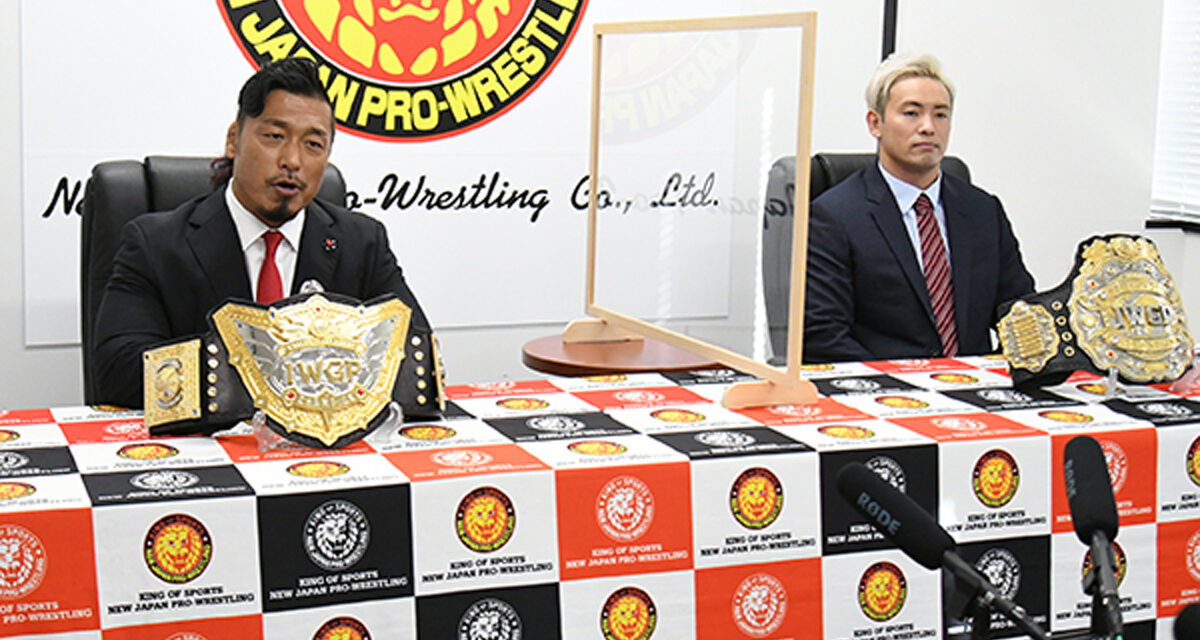 It is official, the Rainmaker and The Dragon will meet at Wrestle Kingdom.

Kazuchika Okada will be challenging champion Shingo Takagi for the the IWGP World Heavyweight Championship on the first night of Wrestle Kingdom NJPW announced at a press conference today.

Wrestle Kingdom will take place on January 4th and 5th at the Tokyo Dome and on January 8th at the Yokohama Arena in Yokohama, Japan.

Okada defeated Tama Tonga at Power Struggle to hold onto the Wrestle Kingdom main event contract he was awarded as the winner of the G1 Climax Tournament.

“This time I’ll be in the main event as the G1 winner and that’s the first time in seven years. The marquee might say I’m a challenger but I’m heading into this as the G1 winner first and foremost. I am the G1 Champion and I plan to prove who the stronger champion is,” said Okada.

“If you’re so proud of winning the G1 then why is he carrying around an IWGP title belt? That’s what I don’t get. If he’s so damn proud of winning the G1, he can carry the trophy, surely? I’ll be honest, that’s on the company. That belt was retired but now this squeaky wheel gets greased. Pictures of that belt go viral and now the message is anyone can get whatever the hell they want around here,” said an angry Takagi.

Okada fired back at Takagi during the media questions that followed.

“I wanted something to represent winning the G1. I wanted something to represent my promise to face (Kota) Ibushi and there’s something else that I absolutely want to do but I’ll talk about that when the time is right. This belt has a lot of meaning. That’s why I wanted it and that’s what I’ll continue to prove. A lot happened for me in 2020 and 2021 too. Just like Takagi, I want to prove that none of my efforts went to waste.” said Okada.