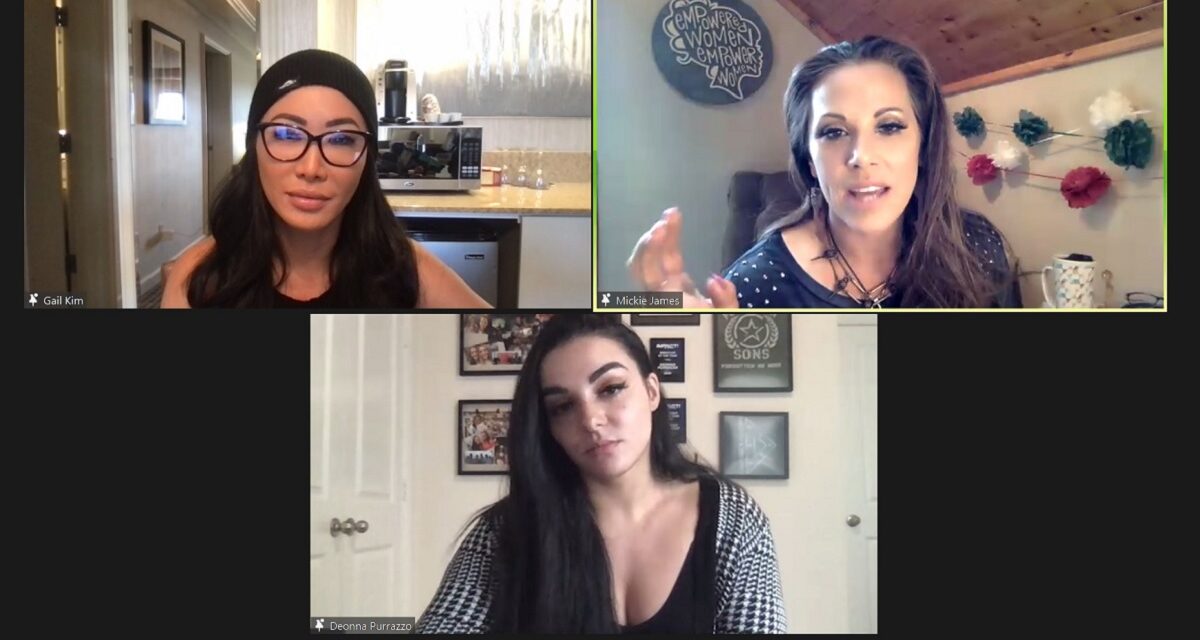 Back in 2002, if a then 8-year old Deonna Purrazzo was watching TNA Wrestling, she would have seen Mickie James (competing under the name Alexis Laree) in a lingerie battle royal to win the “Miss TNA Crown.” My, how things have changed.

Since then, Impact Wrestling ditched the TNA name, ditched the T&A generally, and built up its Knockouts division to be considered as valuable, credible, and prominent as the men’s division. Mickie James went on to have a Hall of Fame worthy career as a wrestler, agent, and mentor in Impact and other companies. And Purrazzo, the Knockouts Champion, is considered one of – if not the – best women wrestlers in the world, building her reputation on technical skills and submission mastery.

On October 23rd, all of those elements will come together as Purrazzo defends her title against James in one of the main events at at Impact’s Bound For Glory pay-per-view event.

On a recent media call hosted by Impact Hall of Famer Gail Kim, Purrazzo and James shared their thoughts on their own journeys, their impending collision, and the evolution of women’s wrestling in general.

Although they referenced the events of their on-screen feud several times – including Purrazzo attacking James at her own ranch that resulted in an intense brawl – during the call, they frequently put aside their storyline animosity in order to answer the questions from the global press.

“I think that it’s incredible,” James said about the state of women’s wrestling today. She specifically mentioned the recent all-woman NWA Empowerrr pay-per-view event that she produced, and at which she invited Purrazzo to compete. “It shows that you know what amazing thing that all the women can do across the world.”

Kim echoed James’ comments, noting that Empowerrr and Impact’s recent Knockouts Knockdown event show that there is a demand for all-female shows.

“Things have gotten much better (then when I first started out),” Kim said. “Women’s wrestling is important, and is a draw. It’s just a really exciting time for women right now.”

Purrazzo can certainly attest to that, as she is evidence that a woman can be just as big a star as any male star, and can even be seen as the face of the company. Indeed, the company’s Wrestler of the Year award, as voted by fans, have gone to women in the past two years: Tessa Blanchard in 2019 and Purrazzo herself in 2020.

“Before I signed with Impact, I didn’t even know that I wanted to be a wrestler anymore,” Purrazzo shared. “So to be able to come here and prove my worth – not only to the wrestling world, but also to myself – is super special for me. The last 18 months with Impact have been mind-blowing with the reception I’ve got, and the incredible things they’ve allowed me to do.” 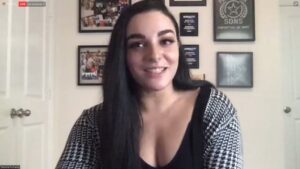 Which includes the opportunity to compete against James, who she credits as being a huge advocate for the Knockouts and women’s wrestling in general.

“I really admire how much she loves it,” Purrazzo said about her challenger. “How she’s been (trying) to put it at the forefront of professional wrestling. That is something I’ve dreamt about doing myself: wanting women to be more than they were perceived to be. So to be working with (someone) who feels the same way, and is a position to make it happen, is very special to me.”

James in turn credits Purrazzo for helping keep the women’s division thriving by delivering great performances every time she steps into the ring with any opponent.

“She’s done (so much) since she walked into Impact Wrestling,” James said, respectfully. “She’s really carved out her name. Professional to professional, she’s an amazing talent. I’ve watched her matches, and I see her ability to go in there with any opponent and have the match of the night. And I expect nothing less than that from (her) at Bound For Glory.”

In terms of their match, James noted that Purrazzo’s technical expertise will make her a challenging opponent, but she’s undaunted about her chances. And, more than that, driven to prove that she can still compete at Purrazzo’s level.

“(She’s) going to test me on a lot of levels, mentally and physically,” James admitted. “But after not holding any championship anywhere in a while, it’s a huge opportunity for me. Her style – she’s really technical – isn’t really what I’m an expert in. So I may have to go old-school Hardcore Country.” 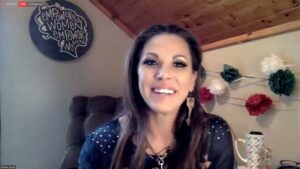 Purrazzo is confident, though, that her trademark formula will be enough to get the job done. And notes that when she beats Mickie, it will only confirm her standing as the best women’s wrestler in the world.

“(She’s) professed as to how great of a technical wrestler I am. That’s what I do: I break arms,” Purrazzo boasted. “And that’s the strategy I go to in to every match. This is the biggest match that I’ve had thus far, and it’s going to be a telltale sign as to what I can do. If I can defend the championship, that’s going to cement my legacy permanently.”

While the anticipation for the match is palpable in both of them, the other aspect of the match that excites them is the fact that they will be doing this in Las Vegas. The company has been running their shows out of the Skyway Studios in Nashville for the entirety of the pandemic, and only in front of a limited-sized audience since the summer. While they both love the Nashville crowds, they are glad to have the opportunity to bring the show to fans who have not had the opportunity to see them live recently.

“I’m excited to see a whole new arena filled with new faces that weren’t able to come to Nashville,” Purrazzo said of Bound For Glory at Sam’s Town Live, a part of Sam’s Town Hotel & Gambling Hall. “As wrestlers, we (thrive) on being on the road, and being in different venues, and seeing different faces.”

“I feel like that’s where I perform my best,” James agreed. “Live in front of an audience. I think going to Sam’s Town will be really exciting for the fans. Because they have seen it in the Impact Zone for so long, that a new crowd will give the show a new vibe, and a different excitement. What better place for that than Bound For Glory?”