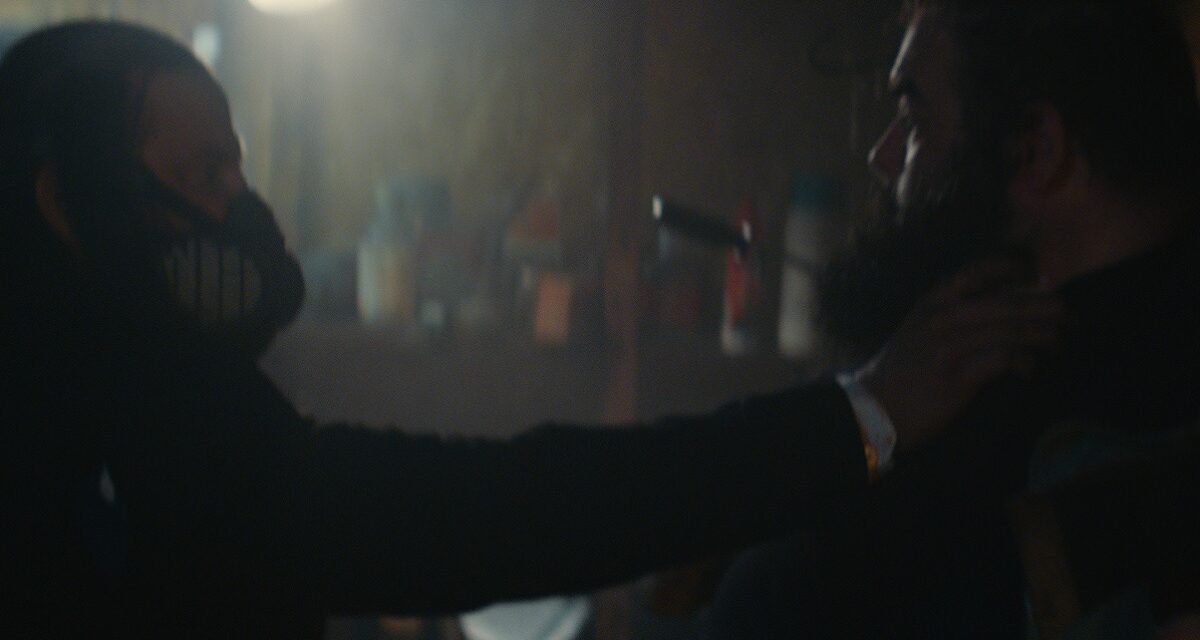 Given “Cowboy” James Storm’s on-screen penchant for drinking beer, I wondered if he would kill more bottles than his character did people in the new independent horror movie The Reenactment, which made its Canadian premiere this past weekend at the Toronto Indie Horror Fest.

The movie – fresh off a win of Best Horror Film at last week’s Atlanta Underground Film Festival – sees Storm play an unnamed killer who terrorizes a film crew that is filming a reenactment of a brutal murder scene for a documentary TV show about unsolved crimes and other mysterious phenomena.

Though Storm is only in the movie for approximately half of the running time, his arrival triggers a huge shift in the tone of the film, going from somewhat light comedy (highlighted by a departure of sorts in performance by actor Tony [Candyman] Todd) to what some would might call violence-porn.

In some ways, the movie has the feel and spirit of Texas Chainsaw Massacre, which suits Storm fine. 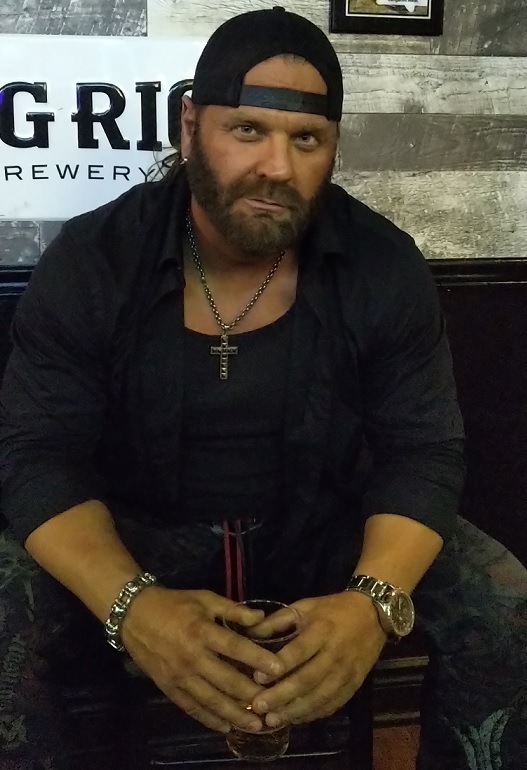 “My favorite one is Texas Chainsaw Massacre. I grew up a big fan of that movie. Every time we do a tour in Texas, I go to the town and visit the house,” Storm told SlamWrestling.net.

Unlike Leatherface, the psychopath in Texas Chainsaw Massacre, Storm’s character – named simply as “The Killer” in the credits – doesn’t have a signature weapon, using a variety of ways to dispatch of his victims, including shooting them at point-blank range with a shotgun, or more frequently, going weaponless. His wrestling background actually came in handy in choreographing and performing many of his killing blows, which included a huge Rock Bottom on one hapless victim. He actually earned a second credit in the film as one of the stunt co-ordinators, and he worked with his castmates closely in coming up with, and executing many spots.

“A lot of the cast said that they trusted me not to hurt them,” he said. “There was one (actress) that I pick up and slam down in one scene. She had been telling me that she’d been passed over for roles because she didn’t do stunts, so wanted to practice that (with me).”

Another co-star, StephenWesley Green, “just wanted to have his ass whipped, so I obliged him,” he laughed. Another actor – Eli Osman, who plays an actor in one of the re-enactments in the show within the movie – also got to experience Storm’s power first-hand.

“I told them they had to score the drywall before I throw (Eli) through it, or else it will hurt him really bad. The first time, I didn’t throw him hard and he just kind of thunked it,” chuckled Storm. “After that, when I threw him, I did not care for his life at all.”

Storm believes his general performance skills as a wrestler helped add a dimension to the character, which otherwise would have been difficult. The character has no dialogue in the movie and the lower half of his face is covered with a mask. So he had to tap into his ability to play to the back row in order to get his point across.

“Being a bad guy is all about the facial expressions,” he noted. “And I’m pretty dang good at that. But with the mask on, you’ve got to make sure they see the hate in your eyes. (To help with that), I brought a lot of my Revolution character into it.”

“I had to almost tone it down,” he explained. “I’m a big guy – much bigger than most of the actors. So I didn’t have to yell and scream to be scary. I could be more of a Jake Roberts type. But then when I do get loud, everyone knows that s— is about to go down.”

Those kinds of nuances are lessons that Storm has been picking up through his acting classes, which he has been taking in earnest in order to grow his acting resume even further.

“Reenactment will be coming out on all the streaming platforms pretty soon,” he said, “and then I have another movie coming out in theatres next year. I’m also shooting another one right now.” 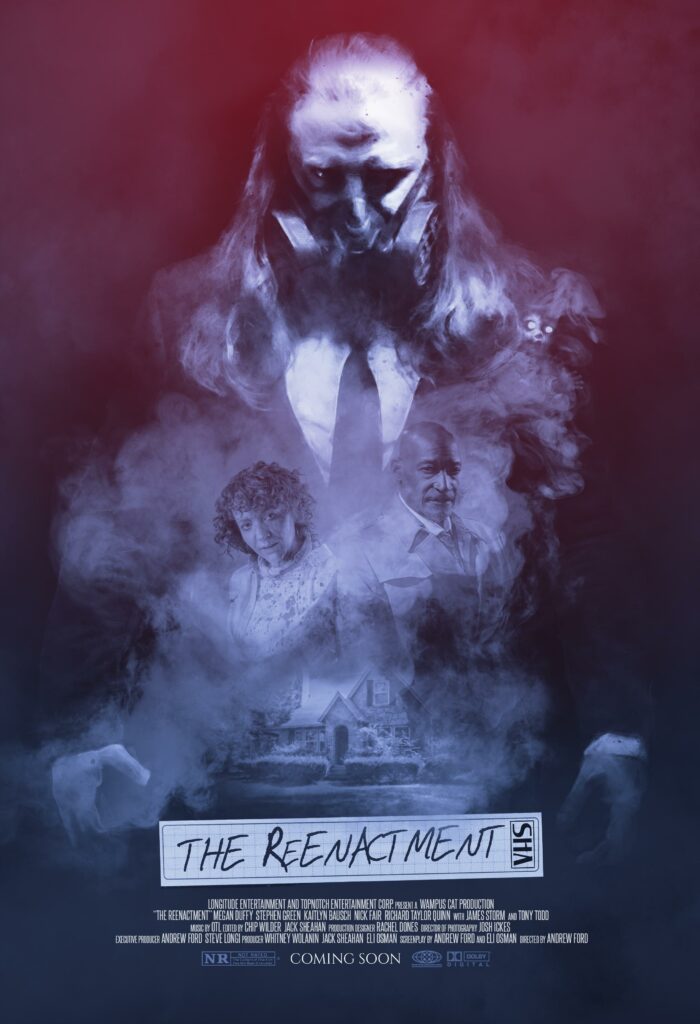 The latter one is another horror movie, but Storm is clear that he doesn’t want to limit his acting to that specific genre.

“I want to do drama movies,” he revealed. “Romantic movies, that kind of stuff. My acting coach knows I can do horror, and now he’s been working with me to get more dramatic acting down, so that if there’s a role that comes up, I can try to go out there and get it.”

“It was really fun,” Storm continued,” to blow someone away with a shotgun, and to smash somebody’s head open. And I’m really good at comedy – I think that comes from the Beer Money days, where we would just go out there and make fools out of ourselves. But I’m hoping in my next role I’ll get to show off some of my softer side.”

His strong commitment to studying the craft is something that helped Storm in wrestling, and he is bringing that same kind of mentality to acting. And like in his early days of wrestling, he is looking to further his career gradually, learning and growing every step of the way. The nascent independent film scene in Nashville has been a great place to do this, he noted.

“I don’t want to jump to big films right away,” he said. “Just like with wrestling, if I’d been thrown into WCW right at the beginning of my career, my mind would have been blown and I probably would have messed the whole thing up. Instead, I learned everyone’s role, from the referee, to the cameraman, to the commentators, to the backstage crew. With acting, I want to learn each and every role of everyone who is on set.”

As he continues down the acting path, Storm wants to assure his wrestling fans that he doesn’t plan on hanging up his wrestling boots anytime soon, noting that he still enjoys performing in the ring as much as on a film set.

“I still get butterflies every time I go out to wrestle, and I still have fun with it. It’s actually a lot of fun right now, because I get to pick and choose what I want to do (in wrestling). When I got into wrestling, I said that I was working a real job to support my wrestling habit. Now, I’m wrestling to try to afford my movie acting habit.”

Editor’s note: This article was edited after posting. In the original article, the actor who was thrown through the wall was incorrectly identified.