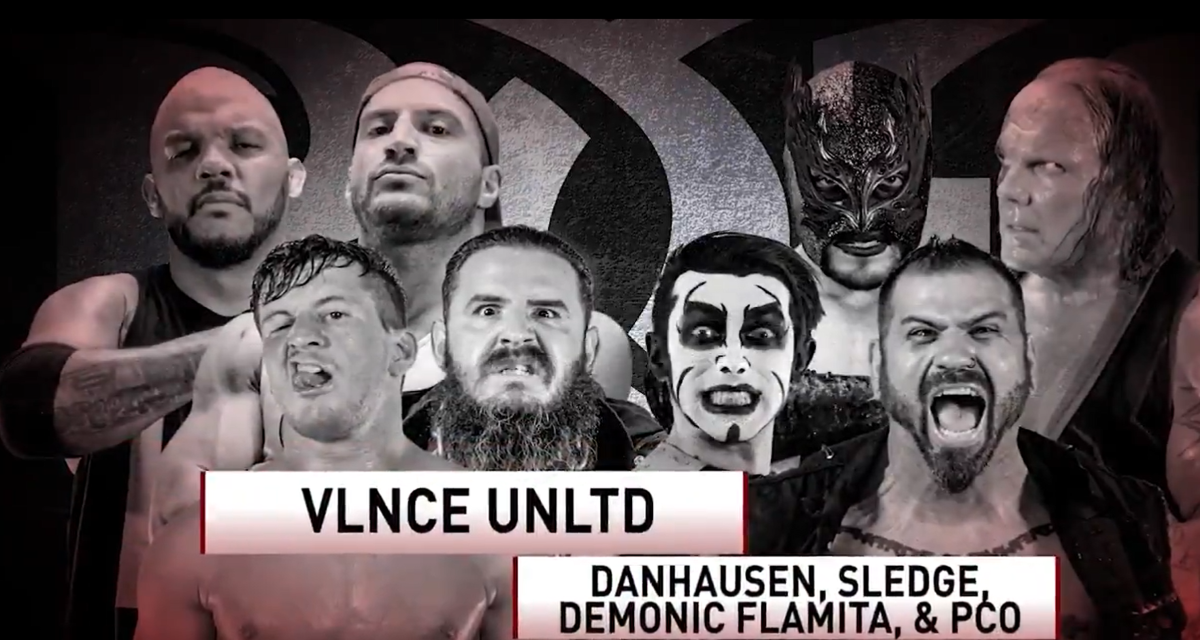 Greetings and salutations everyone and welcome to my weekly ROH TV report. We are gearing up for the build up to Final Battle so the hope is that the various title pictures will start to become clearer week over week on ROH TV.

Quinn McKay is the host this week and she breaks down the card for this week which contained two tag matches and an interview with the newly crowned ROH Women’s champion.

Match 1: The Briscoes vs Alex Zayne and Taylor Rust

Mark and Jay Briscoe tried to continue their climb back to the top of the ROH Tag Team rankings against two young guns, Taylor Rust and Alex Zayne! Here are the highlights.

Rust and Mark started that match. Rust took the early advantage working on Mark and keeping him separated from his partner and not allowing him to make the ever important tag.

After the break, Zayne and Jay were the legal fighters. Jay hit an all important clothesline to Zayne. It was now the Briscoes turn to cut the ring in half and isolate Zayne from making a tag to his partner. After taking a beating, Zayne was able to find the advantage by reversing a few moves and making the hot tag to Rust.

Rust began beating both Briscoes with the hot tag. Rust locked Mark in an arm submission until Jay was able to make the save and broke the submission.

Back from a second commercial break, Zayne landed an inside out springboard moonsault to both of the Briscoes on the outside of the ring. After the match continued for a bit longer, the Briscoes were able to gain control of the match as Jay hit a Jay-Driller to Rust. With Rust on the ground, Mark hit a Froggy Bow on Rust as he got the three count pin.

Tune in to the latest episode of ROH TV for FREE here: https://t.co/i2jLIS1sG1

Brian Zane conducted an interview with the ROH Women’s World Champion Rok-C. Rok-C went onto explain how important it was for her to win the women’s championship. She explained what winning the title meant. It was at this point that the Allure interrupted.

Mandy Leon and Angelina Love had a bone to pick with Rok-C. They said that the “C’ in her name stands for a word that can’t be said on regular TV. These strong words and utter disrespect prompted members of the ROH women’s locker room to come out. Miranda Alize, Trish Adora, Willow, Allysin Kay, and Maria Kanellis-Bennett were all out to show their support for the champ, Rok-C and disdain for The Allure.

Bennett made two three way matches that will lead to a number one contender’s match which will determine Rok-C’s challenger for Final Battle.

Danhausen and Homicide started the match but it was mostly a dirty affair with more words than holds being shared. After the break, Flamita and Deppen were in the ring. After a quick back and forth, Dickinson was tagged into the match. Dickinson was able to gain the advantage on Flamita which allowed him to carry out a quick tag to Brody King.

This once again became the Brody King show as he controlled the match. Sledge was tagged into the match but VLNCE UNLTD cut the ring off from his team as they beat Sledge down.

After a bit, Sledge was able to get enough momentum to tag PCO into the match. PCO cleared the ring as King was tagged into the match again. King landed a pildriver on PCO which caused him to malfunction in the middle of the ring. This malfunction caused PCO to attack members of his own team including delivering a chokeslam on Danhausen and a moonsault on Sledge. At this point every member of both teams were able to demonstrate some of their own offense but King stood dominant as he hit Sledge with a Ganso bomb for the pin and victory for his team.

This week’s TV seemed slower than usual. The Briscoes are trying to build momentum in the tag team division after their loss to Taven and Bennett. It was odd that Zayne, who has a world title shot is being used in the tag division with Rust. The women’s angle was quite significant as we know who the main contenders will be in the mini tournament to determine who will face Rok-C at Final Battle. While the main event didn’t seem major, it was the Brody King show as we build up his resume to face Bandido at Final Battle.