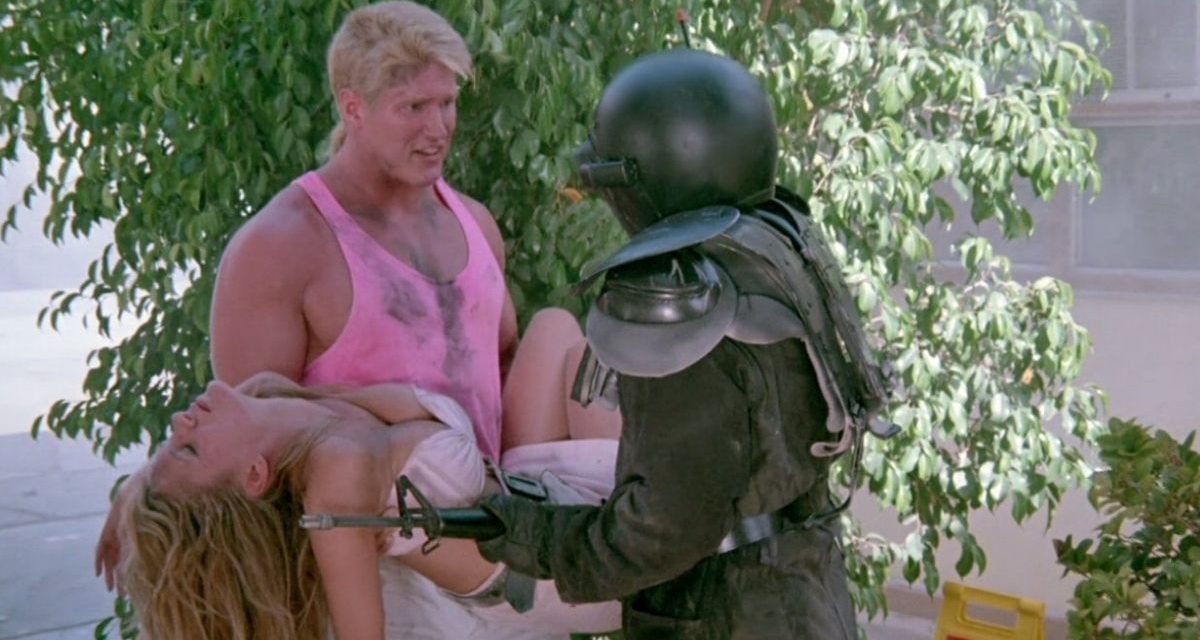 His former compatriot in Stampede Wrestling, Johnathan Holliday, confirmed the news on August 23, 2021: “With a heavy heart, I sadly announce the passing of Brick Bronsky this morning from COVID. Godspeed my friend.”

Beltzner was born in 1964, in Bethlehem, Pennsylvania, in Lehigh Valley. He attended Parkland High School.

By 1984, Beltzner was winning body-building contests, including Mr. Teenage Pennsylvania. The win meant he could go to compete in Mr. America. “I just wasn’t interested,” he told The Morning Call newspaper, in Allentown, Penn., in November 1991. “To me, it’s not a sport; it’s a male beauty contest.”

At Penn State University, where Beltzner studied Health and Physical Education, he met Doug Flex, and they shared an interest in pro wrestling. After working at Lehigh County Detention Home following college, Beltzner ended up training to be a pro wrestler with Brad Rheingans in Minnesota.

Flex and Bronsky initially teamed as the Brat Pack, and remained colleagues.

As the 6-foot-2, 230-pound Brick Bronsky, in Stampede Wrestling, Beltzner was a babyface in 1987-88, facing the likes of Steve DiSalvo, Bad News Allen and Goldie Rogers. During a bout against Kerry Brown on January 9, 1988, at the Agricom in Edmonton, Bronsky broke his ankle, and returned in April 1988.

In a bit of a whopper, Flex told The Morning Call in 1991 that, “In Canada, Jeff was as popular as Hulk Hogan is in the United States.”

By the summer, Bronsky was gone from Stampede, and told reporters that he tore his lower bicep and that was why he got out of wrestling and into acting. 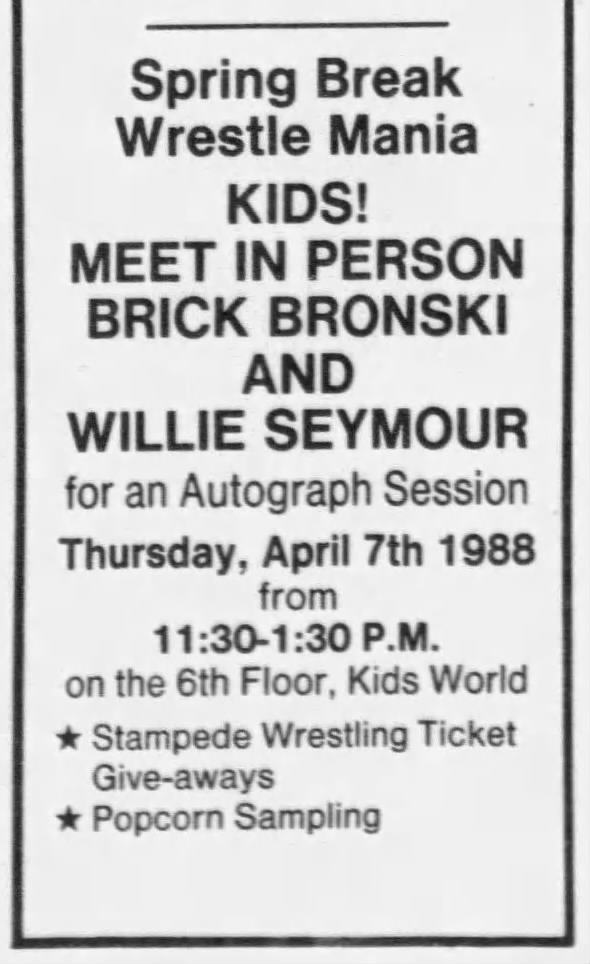 Bronsky makes a personal appearance at The Bay department store in Calgary in April 1988.

Later, Bronsky told The Morning Call that steroids were to blame. “I had been using steroids for about five years,” Bronsky said. “And due to the steroid use, I developed degenerative connective tissue disease and tore the short head of my biceps off the bone.” The scars remained on his arm, biceps to his elbow.

Bronsky did have matches in the WWF and WCW, and other bigger groups. He claimed to have turned down a WWF contract. “WWF was a big letdown. Competition is completely eliminated,” Bronsky said in The Morning Call in 1991. “There’s a lot more to professional wrestling than the phoney stuff you see on TV.”

The first film role for Bronsky was as Jughead, a tattooed thug, in 1990’s Sgt. Kabukiman N.Y.P.D.

In October 1990, Bronsky faced a tough audience. He was a guest at Saucon Valley Middle School, in Pennsylvania, fielding questions from seventh graders. The students held a mock press conference, each having to prepare questions for Bronsky, on his pro wrestling or movie career.

“It was good practice for Brick, who will be making guest appearances on TV talk shows to promote his movies, and the youngsters thoroughly enjoyed grilling a pro wrestling about all the good guys and villains of the ring,” Schneck said in The Morning Call.

Bronsky wasn’t alone in having the acting bug in his family. Beltzner signed his infant daughter, Jordan Erica, up as an actor with Lois Miller, a talent agent in Lehigh Valley. She helped them find work for the child. “Lois does wonderful things with kids. She has told us that she could do great things for our older daughter Kayla as soon as her braces come off,” Beltzner told The Morning Call. He and his wife, Donna, had four children.

Other roles included Death Match (1994), as a Russian fighter facing Claude Van Dam in The Quest (1996), End of the World, Spin Cycle (2000) and Return to Nuke ‘Em High (2013). According to The Morning Call, Van Damme spotted Bronsky at the Cannes Film Festival and that’s how the wrestler got into The Quest. Beltzner also worked behind the scenes as an executive producer and director on various projects including Dark Dreams and 2019’s Masked Mutilator.

Flex and Bronsky continued to team, as promoters of some wrestling shows under the International Pro Wrestling banner, and in the fall of 1991, Bronsky and Flex took over the Lehighton Recreational Complex. “We want the complex to be a community center [for] good health,” Bronsky told The Morning Call.

“I want to pursue my acting career; but when I’m not working on a film, I want to be here, near my home town, working at the gym,” said Bronsky.

According to some reports, Beltzner died of complications from COVID-19. Funeral information is not known at this time.