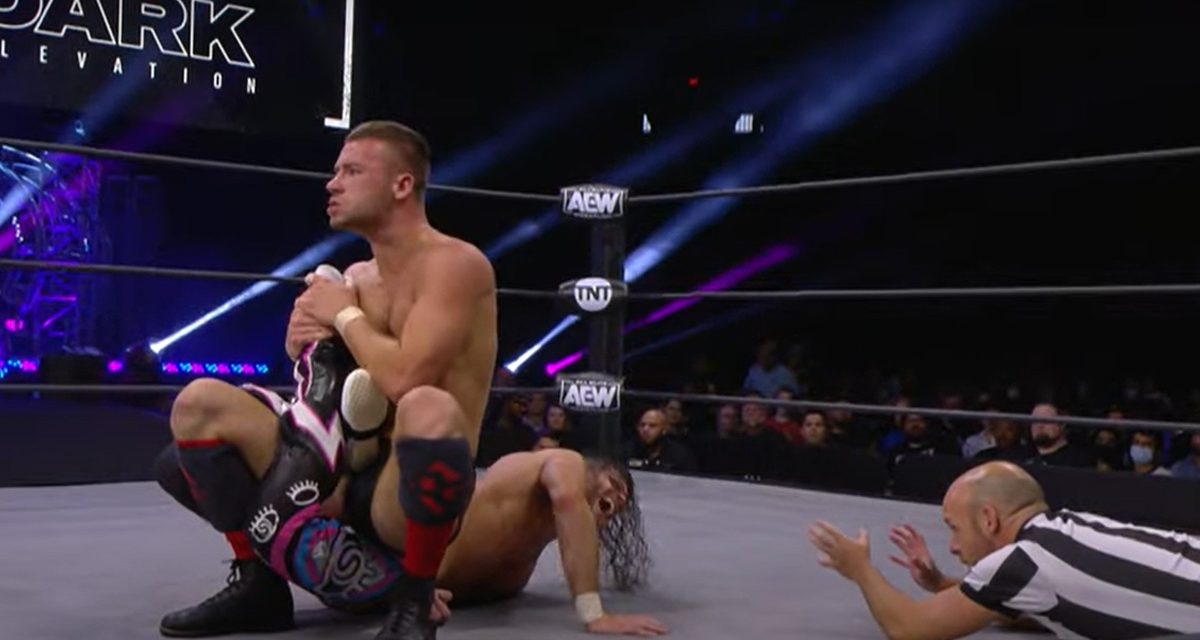 Welcome to a special Thursday night recap of AEW Dark Elevation. This show is to prep for tomorrow’s AEW Rampage, ‘First Dance’ from the United Centre in Chicago.

There has been a lot of wrestling on this week and it’s not even Friday yet so I was happy to see this show was only 32 minutes long. This was an OK show but it was the weakest AEW show of the week (Rampage not withstanding but if this show is better than tomorrow’s Rampage, AEW has big problems).

Match of the night would be the main event of Daniel Garcia vs Matt Sydal. Both are good wrestlers who worked well together in an entertaining match. This was also a good showcase for Garcia beating a credible opponent before his match with Moxley on Rampage.

2. Nyla Rose got the win over Steff MK (w/ Ashley MK). During the match, the MK twins did the switcheroo while the referee was distracted and Ashley was the one who took the Beast Bomb and the pin. After the match, Nyla grabbed Steff MK and hit a Beast Bomb on Steff on top of Ashley. Vickie cut a promo Britt Baker and Broken Barbies.

3. Emi Sakura dominated in her match against Madi Wrenkowski and got the submission win using the Dragon Sleeper.

4. Jade Cargill promo about her match with Kiera Hogan’s on Rampage tomorrow.

5. Marq Quen and Isiah Kassiday squashed Will Allday and Edge Stone when they hit the Gin and Juice on Allday. Stone is a tall drink of water and has a good look but never got into the match.

6. In the main event, Daniel Garcia submitted Matt Sydal with a sharpshooter. This was a good back and forth match. Garcia has looked impressive this week. After the show, Garcia cut a promo on his upcoming match with Moxley on Friday. Not a bad promo at all.

Thanks and c-ya next week.