Champs come out ahead at Kizuna Road 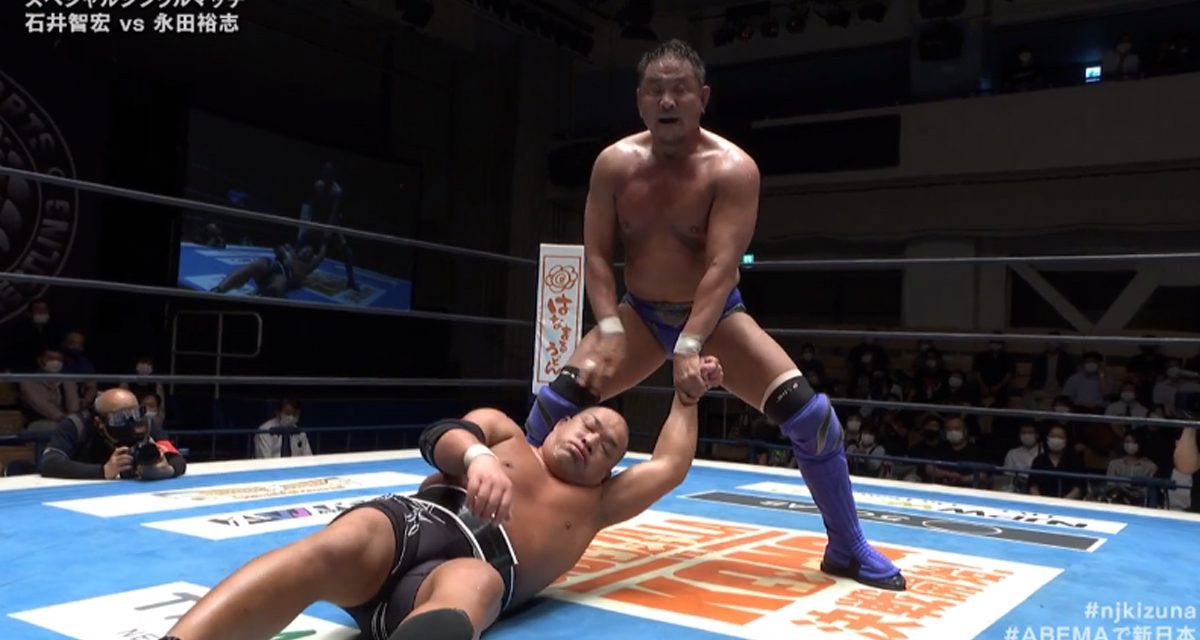 The NJPW Never Openweight Six Man Tag Team Champions were victorious by a score of 2 to 1 in their singles matches against their upcoming challengers.

Yoshi-Hashi went toe-to-toe with the powerhouse Tenzan and did surprisingly well. Tenzan rolled the dice by executing a diving headbutt off the top rope. Hashi tumbled out of the way. Tenzan took a header into the mat. A running knee strike and the Butterfly Lock put Tenzan away.

Hirooki Goto and Satoshi Kojima had an ugly, nasty fight but Kojima scored the win with a devastating Lariat on Goto from out of nowhere abruptly ending the match.

Warhorse Yuji Nagata showed that age is not a factor in the wrestling ring if you can still go and he surely can. In the main event match against Tomohiro Ishii, Nagata may have lost the match but the veteran’s effort has to be respected as he took the best Ishii had to offer in their 20-plus minute match.

It looked like Nagata had Ishii beat with a massive running knee strike in a corner. Ishii draped his foot over the rope to avoid the pin. A snap suplex off the ropes stunned Ishii even more. A Drive Screw vertical suplex didn’t put Ishii away. He kicked out at two. Ishii escaped two attempts at the Backdrop Hold by Nagata to win the match with his Brainbuster.

Ishimori drops Douki for the pinfall. Phantasmo, Ishimori, El Desperado and Kanemaru share some pleasantries after the match is over. 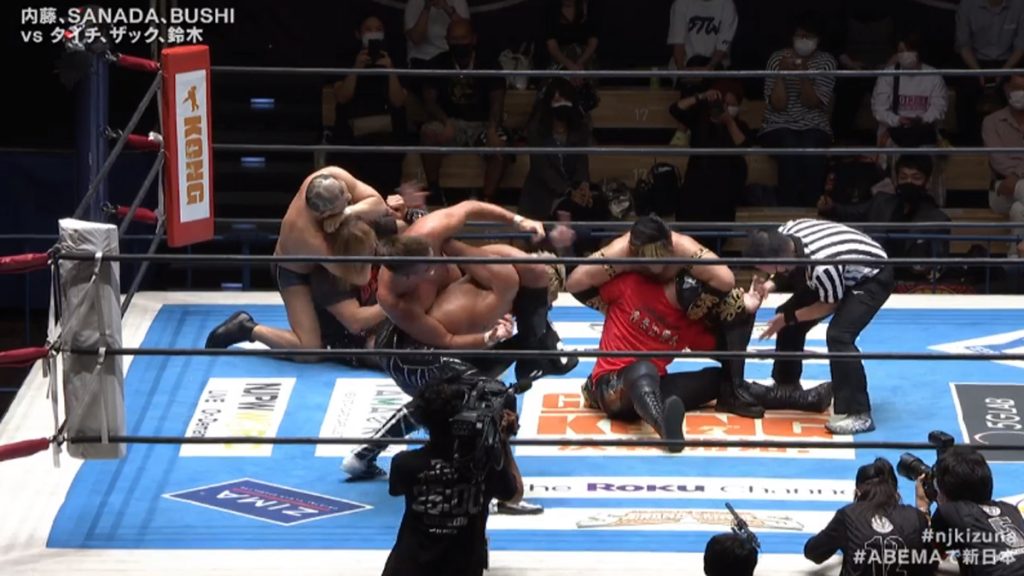 You guessed it. It is Bushi who costs Los Ingobernables de Japon the win again. Every member of the faction is caught in a submission hold. Bushi is the one who submits to Taichi. Taichi and Sabre Jr. taunt Naito and Sanada with the IWGP Tag Championship belts.