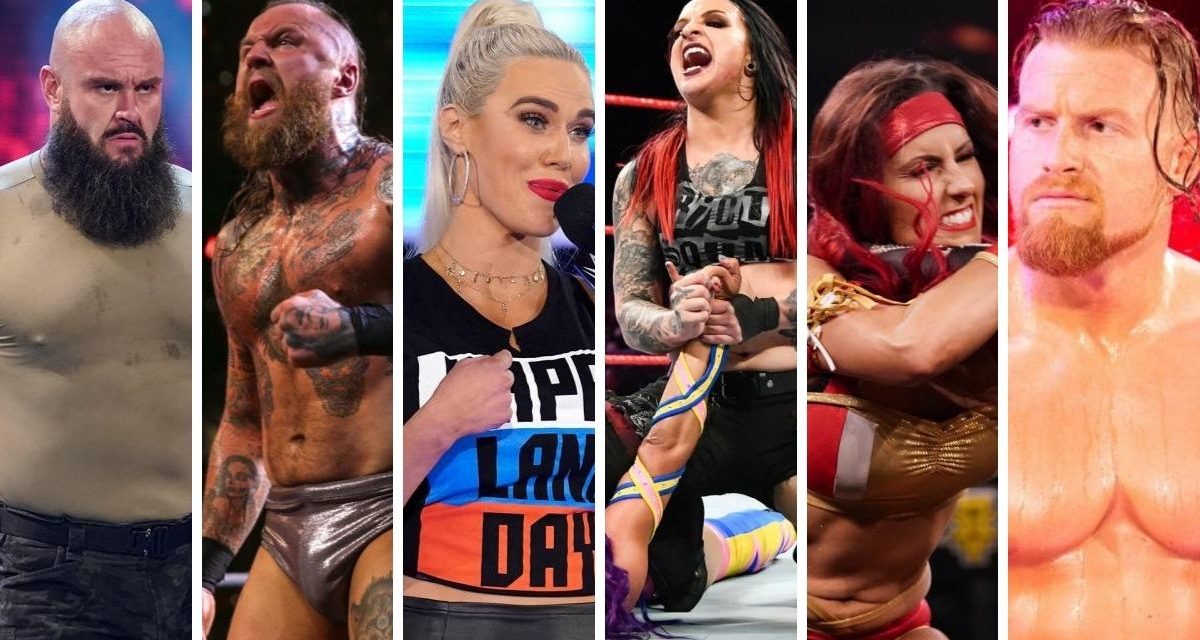 The WWE has made another round of very deep cuts terminating the contracts and employment of some well-known, even main event talent.

“The WWE has come to terms on the releases of Braun Strowman, Aleister Black, Lana, Murphy, Ruby Riott and Santana Garrett. WWE wishes them the best in all of their future endeavors,” stated the WWE.

The most surprising of all are Braun Strowman and Aleister Black. Over the last month or so, Black has been given a big push on Smackdown which included a string of story-telling vignettes and he interfered in the Intercontinental Championship match just two weeks ago delivering a Black Mass to Big E handing Apollo Crews the win. Black’s WWE career will be remembered more for his time as a headliner in NXT where he was the NXT Champion defeating Andrade at Takeover: Wargames in 2017 and winning the Dusty Rhodes Tag Team Classic with Ricochet in 2019.

Black seemed stunned by the news…

Im gathering my thoughts as this was a complete left field for me as obviously we just started the dark father character but this was it, thank you so much WWE universe for allowing me to create and give you small bits of myself.

Strowman was in a featured spot at this year’s WrestleMania taking on Shane McMahon in a steel cage grudge match and then was in a triple threat match for the WWE Championship at WrestleMania Backlash last month against Drew McIntyre and Randy Orton. Strowman was introduced to the WWE universe as a member of the Wyatt Family but soon struck out on his own and became a main event talent battling the likes of Roman Reigns and Brock Lesnar. Strowman is a former WWE Universal Champion and a WWE Intercontinental Champion.

There had been no rumblings or indication at all that Strowman’s stock in the WWE had declined so rapidly as opposed to Aleister Black who disappeared off WWE television once Paul Heyman was relieved of his booking duties on Raw in 2020.

It seems even Strowman himself didn’t know the axe was dropping as he posted this on Twitter last weekend.

Like Aleister Black, Ruby Riott had a more distinctive career in NXT before moving up to the main roster where she was eventually lumped in with the lackluster Riott Squad teaming with Sarah Logan and Liv Morgan. Riott had a prominent feud with Natalya which centered around the memory of Jim ‘The Anvil’ Neidhart. Although she challenged Charlotte and Rhonda Rousey for their women’s championships at various times she never won a belt during her time in the WWE.

Once his association with Seth Rollins and his romance angle with Aalyah Mysterio ended, Buddy Murphy was shuffled off WWE television. His biggest impact in WWE besides his tag team partnership in NXT with Wesley Blake and Alexa Bliss was when he was retooled for the 205 Live brand and became the WWE Cruiserweight Champion.

Santana Garrett floated around NXT but was never given a strong push or angle to call her own.

She had this to say about her release:

Lana, the wife of AEW superstar Miro, has had a mixed career in WWE beginning as Miro’s colourful manager when he was Rusev and then becoming a singles and tag team competitor. She was also featured as a part of WWE’s reality show Total Divas.

A former WWE writer had this to say about the cuts today:

Braun is a legit top guy, a former world champion, and a merchandise mover. Alastair Black was getting a push on TV LAST WEEK. This is very telling.