Kavita Devi is setting the record straight. Despite reports to the contrary, the Indian superstar claims she has not been released by the WWE in the latest round of cuts.

“I’ve read some of those reports and they aren’t accurate. I have been back at home in India since January. My husband contracted COVID earlier this year and I needed to be here with my family. I chose not to go back to America,” she explained to The Hindustan Times. 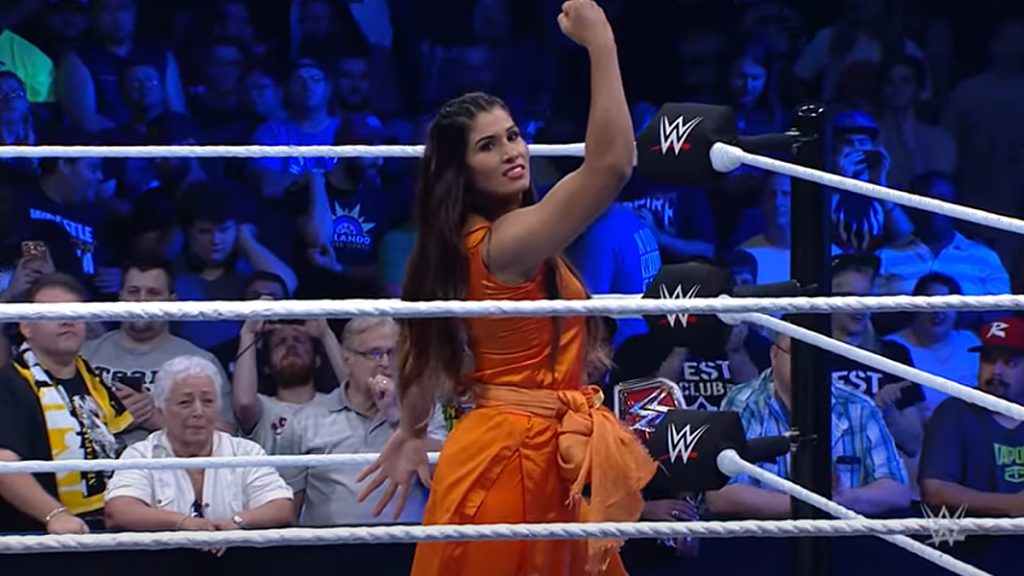 “Everyone at WWE has been incredibly supportive. I am filled with gratitude for everything they have done for me. I have also had an ACL injury for over a year and have been unable to perform in the ring but WWE still supported me through all of that. They understand that India is where I need to be. We are working together on a new arrangement that allows me to be home but still part of the WWE Universe,” she continued.

The first Indian woman to be signed by the WWE, Devi hopes her journey continues to inspire others.

“I want to be an inspiration for every little girl in India who has a dream. I now get to be home with my family but I am still living my dream and I am excited for the future,” she said.

At the 2016 South Asian Games, Devi won a gold medal in weightlifting and she participated in the Mae Young Classic in 2017 and 2018 in the WWE.