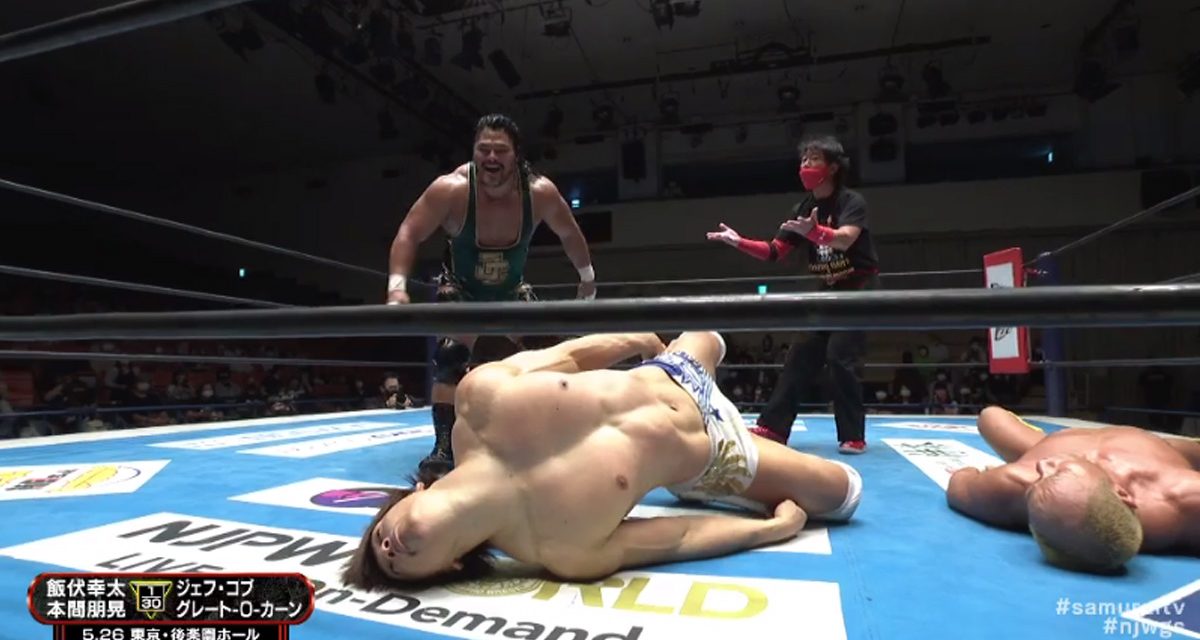 It is bad enough to be beaten by a hated rival. It is even worse to be laid out with your own finishing move. Such was the case for Kota Ibushi on the third night of NJPW Road to Wrestle Grand Slam when he and Tomoaki Honma took on The United Empire (Great-O-Khan and Jeff Cobb).

Throughout the tour Cobb had done everything he can to pester and annoy Kota Ibushi including stealing his Kamigoye (knee strike) finisher. Cobb, who really has come into his own in NJPW as a heel and part of the United Empire faction, took his feud with Kota Ibushi even further by knocking the daylights out of him with a Kamigoye of his own tonight. Afterwards, a ruthless Cobb smirked as Ibushi lay absolutely still on the mat.

The Great-O-Khan whipped Honma into Cobb who then pinned him with a Tour of the Islands. Ibushi remained in Dreamland while Cobb and Khan posed over him.

A returning Kazuchika Okada, who has recovered from COVID 19, cut a promo to start the show saying he wants to throw his hat into the ring for the now vacant IWGP World Heavyweight Championship. 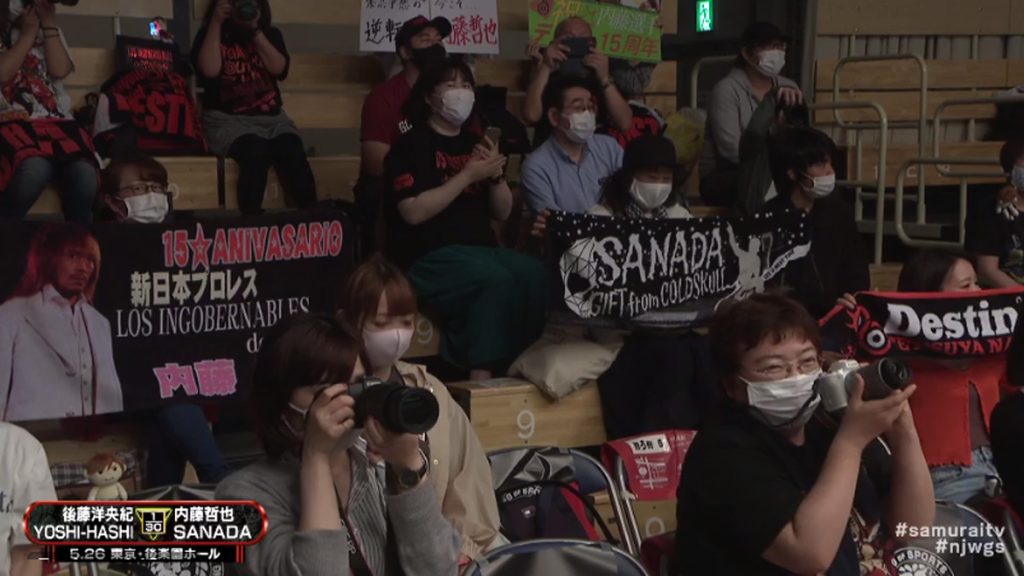 Shingo is a tall order for Tsuji. He doesn’t take a step back though. He even dares Shingo to do his worst. He pays for his taunts though as he is bounced around the steel barricades and chopped down several times by the overpowering Shingo. Still, he battles back. Tsuji eventually succumbs to a sleeper hold of sorts on the mat.

A funny moment has Bullet Club attempting to soften up Tenzan with shots to the head. Tenzan shrugs them off and the Club all end up holding their hurt hands. The match ends when Tanahashi has Yujiro in a Texas Cloverleaf while Wato has Ishimori in an arm lock and Tenzan has Owens in the Anaconda Vice. Yujiro submits.

Tonga uses the bell hammer on Sabre Jr.’s head. Loa powerbombs Douki but lifts him up from a pin attempt. He powerbombs him a second time lifting him up once again. “Taichi! This could have been you!” yells Loa as he powerbombs Douki for a third and final time.

Sanada and Naito double-team Hashi into oblivion for the pin. Naito challenges Hashi for the NEVER Six-Man titles. He, Sanada and Bushi jump Hashi. Goto comes running back to the ring to rescue Hashi.