AEW Dynamite: MJF gets a swirlie, Sue rides to the rescue 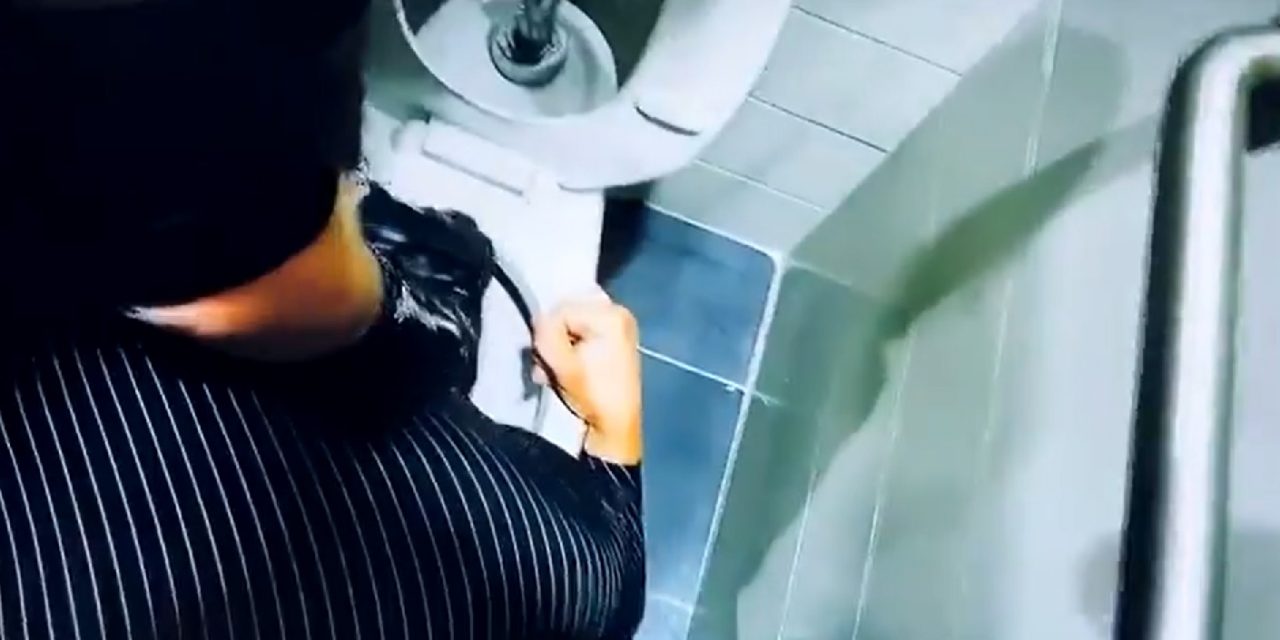 There’s going to be a titanic collision tonight, and I can’t wait. But before I get to Godzilla vs. Kong, there’s AEW Dynamite to get through. Even though last week’s show was a bit of a letdown, there’s plenty to look forward to this week, including Christian Cage in action, the Lucha Bros. and Kenny Omega in the ring together, and an Arcade Anarchy match. Let the mayhem commence, live on TNT.

Christian’s in-ring debut looks to live up to his “Out. Work. Everyone.” mantra by showing off a number of side headlocks. Also, outwork can be one word, AEW marketing peeps, but I suppose it looks cooler on a t-shirt the way that it is. Cage’s work ethic is put to the test by kicking out of several close calls, including a Spanish Fly. Just when it looks like he might hit the time limit in his first AEW match, Christian hits the Killswitch and gets the three count.

Darby Allin has his own take on Matt Hardy’s “the truth is the truth” deal. As the TNT champ sees it, Hardy’s body is breaking down and he’s using money to try to buy respect.

Do we still care about the feud between Jade Cargill and Red Velvet? If we do, Jade has some more harsh words for the Cake Lady.

Trainees from the Nightmare Factory surround the ring as the announcers ponder whether Marshall can get an advantage by targeting Cody’s injured shoulder. Things seem to be semi-sportsmanlike until Marshall hits Anderson with a cheap shot. The Nightmare Factory trainees enter the ring, but some of them turn on the others, as well as the likes of Billy Gunn and Lee Johnson. Marshall hits a piledriver on the steel steps on an already bloodied Dustin Rhodes, then gets set to sandwich Cody’s head between the steps and a steel chair. Red Velvet runs out and puts her body in harm’s way, causing QT to back off. Now the question is whether a stable full of people the Dynamite audience doesn’t know can make an impact.

A couple wrestlers seem to be upset about the lack of opportunities they’re getting, Namely, both Ethan Page and Scorpio Sky are disenchanted, and they promise things are about to change starting Monday.

Red Velvet explains she’s going to have Cody’s back regardless, but she is quickly laid out by Cargill. AEW is going to make you care about this feud.

Earlier today, Jon Moxley muses about all the things that are pissing him off, including owing the Young Bucks a favor after they helped him out. Like me, he’s not really sure why he’s wrestling Bononi tonight, though he admires his height and says AEW can probably make a lot of money with him someday.

For someone who is so ticked off, Mox sure is doing a lot of mat wrestling in the early going. He does some brawling too, but Bononi is a big dude, and he has help from JD Drake and some jobber I do not know. In the end, it matters not, as Moxley lives up to his word and chokes out Bononi.

Does Team Taz finally have its issues worked out? Ricky Starks and Brian Cage still seem to have some pent up frustrations to work out, and Taz sounds like he’s trying to convince himself that all is well as much as he is the fans.

MJF is ready to reveal his gift to the Pinnacle: He’s giving the former Inner Circle dressing room a fancy makeover. The only problem is that most of the Inner Circle is waiting inside the bathroom, and big Jake Hager is blocking the only door out of there. What follows is a wildly entertaining if one-side brawl that features Dax Harwood getting awfully bloody and Wardlow being driven through a training table. But the worst fate awaits MJF, who receives a swirlie at the hands of Jericho before being driven through the soda cooler door. Santana and Ortiz drag him out into hallway like so much trash, and the Inner Circle logo is back outside the dressing room. Now that, my friends, is how you get payback.

Alex Marvez wants to hear the Young Bucks’ version of what’s going on between them and Kenny Omega, but Don Callis arrives and chases Marvez and Nick Jackson away. Callis tells Matt Jackson that he broke Kenny’s heart last week and wants to know what’s wrong with him. It’s ironic that Callis calls Matt cold and dead inside, but somehow Jackson restrains himself even after Don slaps him and calls him pathetic. Self-control level = 10.

If you don’t enjoy watching the Lucha Bros. and Laredo Kid, you don’t like fun. The other team in this one isn’t too shabby either, and I have to give some props to Doc Gallows for being the rare big man who doesn’t look out of place among all the agility in the ring. Laredo Kid proves up to the challenge posed by Omega by evading a One-Winged Angel and driving the AEW champ hard into the barrier on the floor. Alas, he ends up one on one with Omega again a short time later, and this time the One-Winged Angel finishes him off. Tremendously fun match.

After the bell, Moxley wanders out on stage. He’s quickly joined by the Young Bucks, and they storm the ring only to watch Omega and the Good Brothers quickly bug out.

Talk about a friendly interview: Dr. Britt Baker is interviewed by Rebel, who gives her a platform to run down Thunder Rosa once again.

I know a lot of fans seem down on Matt Hardy right now, but I love that he mentions in his promo that as of April 1, he’ll be making 100% of his money again. Respect for playing up the storyline like that.

There’s a lot going on here. The champ is partnering with someone AEW is building up to be a title contender, and Nyla Rose is always sniffing around a title shot. Also, there’s The Bunny. But maybe I shouldn’t make fun of her, because amidst a huge faction vs. faction rumble on the outside, Guerrero distracts the ref so that Bunny can nail Conti with a kendo stick shot and hit her finisher. Give Bunny that ‘W’ and put some respect on her name, one presumes.

Winners: Nyla Rose and The Bunny by pinfall

Ahead of their collision next week, Jurassic Express issues a challenge to Bear Country and manages to plug Godzilla vs. Kong at the same time. Only Luchasaurus thinks Marko Stunt might be supporting the wrong side in the kaiju showdown.

The setup for this one is pretty sweet, with a bunch of classic arcade machines — not just video games either, as there’s a claw machine and Wac-a-Mole — surrounding the ring and a redemption area with “prizes” that are really traditional pro wrestling weapons. Sabian goes through the back of the Wac-a-Mole machine early on, and that game’s mallet proves to be a popular implement to cause pain. Miro grabs the steel chair from redemption without turning in 20,000 tickets, but I’m not going to be the one who argues with him. Best Friends try wearing out Miro with several weapons and finally look like they may have the upper hand. The one innocent-looking prize, a stuffed bear, turns out to be holding a cache of Lego bricks, and you know those are going to hurt. Ford pulls the ref away from what looks like the winning pinfall, but she gets painfully neutralized by a returning Kris Statlander, who is waiting inside the claw machine, when she piledrives Ford through an air hockey table. Yes, I just typed all of that. As Chuck and Orange make their way out of the arena, they see a familiar white van pull up. It is indeed Sue’s van, and Trent is back for the first time in months. The ensuing chaos leads to Trent driving Miro through a table and Taylor smashing Sabian off the stage through a table to get the three count.

For a team that is partly a comedy gimmick, Best Friends sure have played a part in some entertainingly violent affairs in AEW. That’s a great end to this show, see you in seven!

That’s more like it, AEW. Both the trios match and the main event were very good, and the Inner Circle’s revenge was well done. Plus, some talent that has been on the shelf for a while is back in the fold. Let’s keep this momentum going next week, if you please.