Behind the Gimmick Table: Adrian Gomez living the American Dream in China 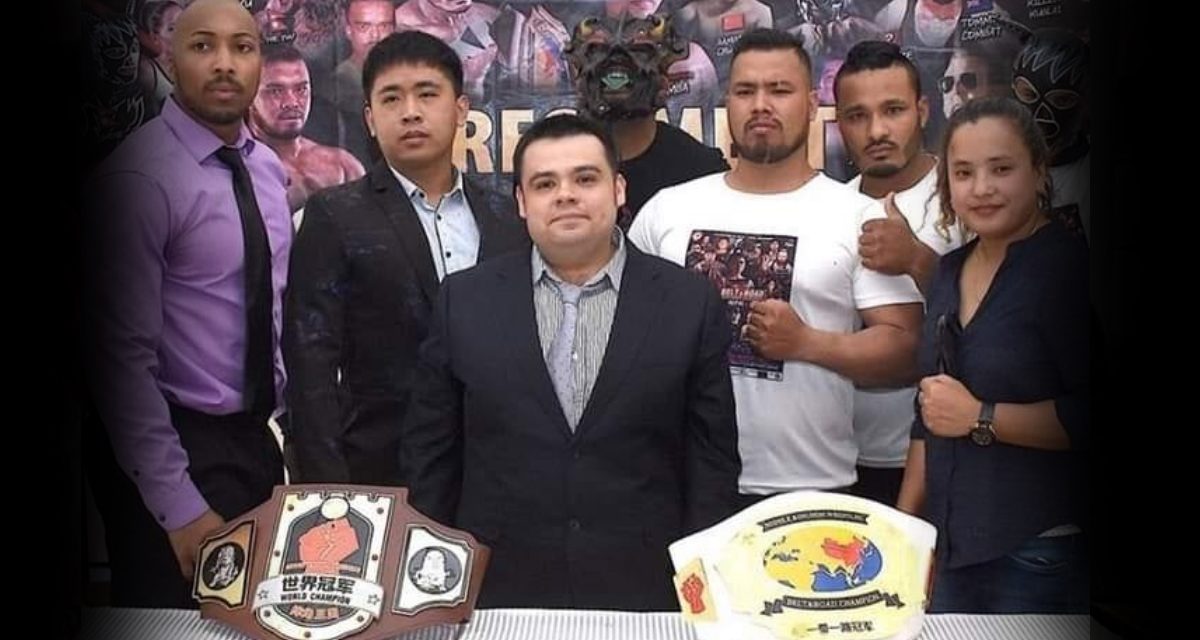 A decade ago, Adrian Gomez traded the desert of Phoenix, Arizona, for the harsh winters in China’s Northern city of Harbin on the border of Siberia. It was there that he decided to promote professional wrestling, becoming a pioneer of the industry in the country.

For Gomez, drastic moves are nothing out of the ordinary, as his father was an American soldier who changed bases a number of times, uprooting his family again and again. Thus, it’s not his first time living in Asia either.

Ultraman as he appeared in action figure form in the 1990s.

He told SlamWrestling.net that through childhood most of his fandom interests shared a Japanese influence. “I always had an eye on Transformers as a kid. Beast Wars that was my jam [and] Ultraman toys. I used to live in Japan for five years and I was really into Ultraman toys.”

Gomez’s other big interest was video games. These too would be Japanese in origin and are what would introduce him to professional wrestling. “I rented WCW vs nWo World Tour for N64. My friends and I, we played that game intensely. I was always Sting. I didn’t [know] any of the wrestlers at all but after I returned the game back to Blockbuster, I was watching TV and happened to switch channels and happened to see Sting! Sting in the flesh! Wow, I’m watching my game!” 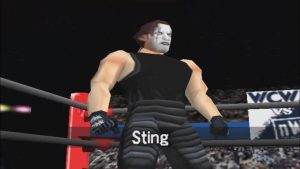 Sting as he appeared in WCW vs nWo World Tour for the Nintendo 64.

The revelation that the game was a mere rudimentary reflection of the rich wrestling universe hooked Gomez for life.

Now a superfan, on his next outing to Walmart, Gomez left the store with both a Sting action figure and T-shirt and would henceforth watch as much wrestling TV as he could.

It was a few years later while studying at San Antonio College in San Antonio, Texas, that Gomez would decide to get involved in the business. At the time he was attending regular events in the area for Anarchy Championship Wrestling and River City Wrestling, and the wheels began to turn. “I was there to see the matches but there was always something about seeing the way it was all put together. I would think about how much is this guy getting paid? What time did they get there? I did my best to pal around with the promoter Darren Childs and the wrestlers.” 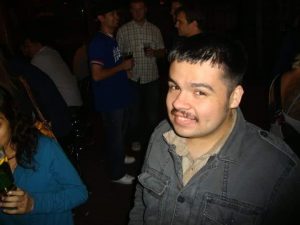 Adrian Gomez in his college years.

The first time Gomez was invited to help he describes as “an intense moment. It was to set up a no-rope barbed-wire match, I would do as much as they would let me do and I was soaking up as much info as I could.”

Not long after getting his feet wet in August 2010, opportunity knocked for the 23-year-old Gomez — in China.

Gomez went to China as an English teacher. After doing that for a few years, he then spent the majority of his tenure as an SAT subjects teacher for High school students going abroad. It was during this time that he decided to try his hand at bringing American pro wrestling to China.

“Chinese pro wrestling was so small and there had been such little success that it was actually difficult to find information about who was involved,” recalled Gomez. “I had to use Chinese Google: Baidu and search and it would lead you to rumor websites and message boards with people asking questions with [vague] leads and no information.” 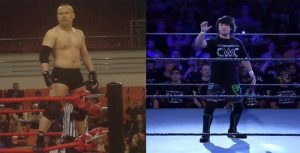 The Slam (left) and Ho Ho Lun (right) the pioneers of pro wrestling in China.

After much chasing of leads Gomez found out he was not the first to promote pro wrestling in China. He would stand on the shoulders of WWE Cruiserweight Classic competitor and Hong Kong Pro Wrestling Federation promoter Ho Ho Lun and the first to promote in China: The Slam.

Gomez reached out to both The Slam and Lun who gave him insight into the current Chinese wrestling climate. Additional key insight came from a fellow foreigner. 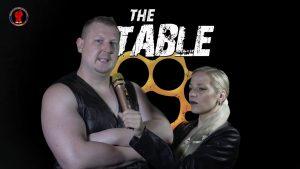 Big Sam leader of MKW’s “The Stable” with his valet Lady Marie.

Big Sam of Zhuhai, China, had wrestling experience from his homeland of the United Kingdom, in addition to having worked for every prior pro wrestling venture in China. This multilingual expatriate was a key player for Gomez and his Middle Kingdom Wrestling promotion.

For the inaugural event, Gomez used a number of wrestlers trained by The Slam and Lun as well as other expats such as Dalton Bragg, Ash who would become an MKW mainstay, Voodoo the innovator of pro wrestling hypnosis made popular by Ophidian, and, of course, Big Sam. 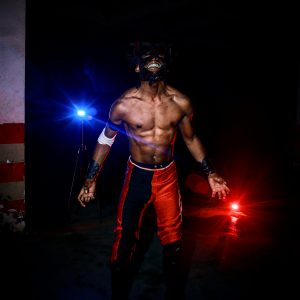 After a few quarterly shows, Gomez decided having a school tied to the promotion would be indispensable. The Zombie Dragon of Atlanta, Georgia, took the job. Today the Dragon (real name Alberto Curry) is living in China and working as a teacher on the side.

Since MKW came onto the scene others have promoted pro wrestling in China. WWE has toured, as has David Marquez of Championship Wrestling from Hollywood and the new NWA iteration, but nothing has been set up with roots that would take hold. Even AEW’s former sister promotion Oriental Wrestling Entertainment has now abandoned China as its base, instead now operating out of a tourist district in Cambodia. But MKW remains steadfast in building momentum in the country.

Gomez now considers China his permanent home and has married a local woman. He no longer teaches, instead dedicating himself to operating MKW full-time. The promotion airs on a number of Chinese streaming platforms, a key to the promotion’s success. Gomez expounds that “every 10k views you get a cut. We also have a special contract with some platforms like Yoku!, 10cent, BiliBili. They push us on the front page to hundreds of millions of users.” These MKW programs have been viewed by up to as many as 100,000 users.

MKW Blast Off as it appears featured on the Yoku! main interface.

The streaming revenue is essential for Gomez as the “gimmick table” merchandise culture is lost on Chinese fans. “Merch is not as ingrained in society. Not only for wrestling either, there’s just not that kind of culture.” Gomez believes that Chinese fans have not caught on to the idea “that it’s a way to show you support someone and maybe it’s an item that’s not very practical but you are saying, ‘Hey man I really support your work.’”

Gomez’ MKW efforts have been paying off with events featuring a host of international talent, revenue increasing, and attendances doubling year after year. However with the pandemic of 2020, like so many others, MKW was forced to improvise alternatives to stay afloat.

Enter MKW Blast Off. To Gomez the program is more than “our take on a studio wrestling show. [It’s] easier to follow chronologically than our quarterly events. We had a limited roster with wrestlers stuck outside China. I think it shows our Chinese wrestling spirit. I think our vision of a weekly show is unique, it has Chinese characteristics but we do our best to keep up with what fans want from an in ring perspective. We are working hard to get better on all fronts. A lot of our [homegrown] Chinese wrestlers debuted on the show. It was such a pressure situation. There was a special spirit of how everybody stood up and made the show work.”

Middle Kingdom Wrestling Blast Off is also available on YouTube. New episodes are set to debut on April 23.