NXT: Strong branches off from The Undisputed ERA, Baszler and Jax defend titles 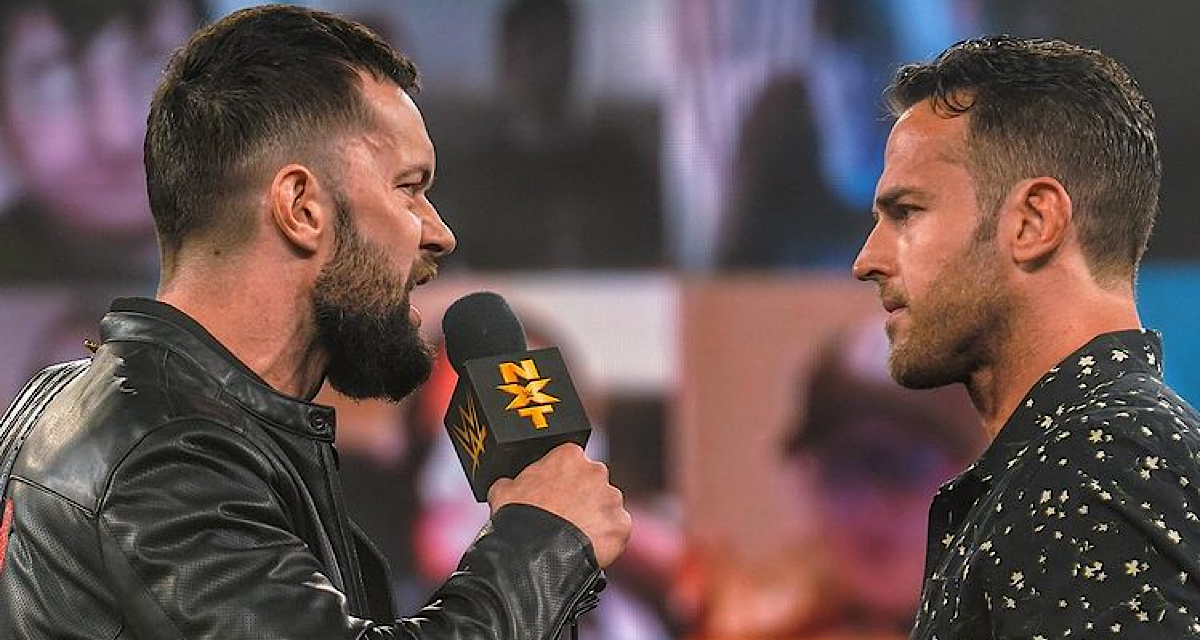 The opening matchup was originally scheduled to be Lorcan and Burch defending against Dusty Cup ‘21 winners MSK, however, Wes Lee legitimately broke his hand during the finals bout. The replacement is Ciampa and partner Thatcher, who’s seen with Marcel Barthel of Imperium backstage; both were notably members of the indy stable Ringkampf. Although a non-title bout, the champions are overpowered in the first half, but Thatcher lands harshly on his neck preceding commercial. Afterwards, Ciampa makes the hot comeback, and together they pummel the opposition. The competitors trade strikes before Imperium stands onstage, distracting Thatcher and allowing Burch and Lorcan to capitalize with the finishing maneuver.

Following the betrayal last week, Roderick Strong demands Adam Cole to enter the ring, but he’s instead met by NXT Champion Finn Balor. The champion doesn’t sugarcoat the message; he declares Balor versus Cole for the NXT Championship next week. Balor then chastises Strong for lacking leadership and ambition which evokes a pull-apart brawl.

Johnny Gargano wasn’t bluffing! Accompanied by The Way, he’s taken Austin Theory to the Central Florida Psychiatric Center to relieve his “Dexter Lumis problem”. But it’s Gargano with the problem, says psychiatrist Linda Nicoli, with an outburst that ultimately gets him kicked out. Ridiculous? Sure, but undeniably well done. The rest continues tonight.

Cameron Grimes continues burning through his prized Gamestop stock money, insisting on renaming the Capitol Wrestling Center to the Cameron Grimes Auditorium to an innocent production worker. General Manager William Regal isn’t having it, threatening a potential lawsuit after Grimes hit a crew member last week. Grimes hilariously has “kiss-my-grits money” to spare, but he’s forced into a later matchup with Bronson Reed.

Stone is getting flashbacks to months ago seeing Blackheart’s tank again. Without recent buildup, this one’s an exhibition — a clunky one at that. Moon eventually turns things around, and Blackheart wipes out Stone and Jessi Kamea ringside; The Eclipse connects for three. A generally short matchup without a post-match, this is frankly skippable.

Timothy Thatcher is interviewed about his past with Imperium, but partner Tommaso Ciampa interrupts and halts it. Returning to the faction is obviously Thatcher’s best bet, and eventually they’ll be stronger than ever.

The inaugural Women’s Dusty Cup winners cash in their championship matchup against two NXT alumni, both former adversaries of Kai. She’s evidently still outmatched before and picture-in-picture. Jax has the clear size advantage and is practically invincible against Kai, which makes tagging in Baszler a goof. It inevitably backfires as Gonzalez makes the comeback and later goes strike-for-strike with Jax. The latter wins the battle, and Kai gets trapped in Baszler’s chokehold before simultaneously tagging in Gonzalez who inadvertently takes the referee out while attacking Jax. They tumble over the announce table, but Kai hasn’t moved; she’s again choked by Baszler as Adam Pearce brings down another official to declare the champions victors. Head-scratching finish to an overall solid matchup, but thankfully commentary mentions that Kai wasn’t legal to clear the air — for now.

Cameras return into the Central Florida Psychiatric Center, sans Johnny Gargano this time; not really since he’s instructing Candice LeRae to mention key points through text. This incident causes Gargano, LeRae, and Indi Hartwell to be ejected, leaving Austin Theory finally to himself. What really happened during those three days kidnapped? To be continued…

In the background, former SAnitY members Killian Dain and Alexander Wolfe are chatting. The potential Imperium expansion is exciting! Meanwhile, LA Knight is headed to Gorilla.

A vignette featuring Isaiah “Swerve” Scott follows him into the music studio; he’s an independent rapper, but nobody’s to blame if that wasn’t common knowledge. The gist is, he’s taking opportunities and stepping on Leon Ruff while doing so.

LA Knight makes his debut NXT entrance, and the presence alone screams superstar. The inflection and suave matches too, cutting down NXT wrestlers who flip and pizzaz. Contrarily, he’s interrupted by Bronson Reed who’s scheduled for a matchup.

Grimes is throwing away Benjamins while entering the ring, and offers Reed a deal. His opponent doesn’t accept and squashes Grimes under his weight before commercial. The rich man somehow maneuvers his flipping reversal on Reed but fails to capitalize with ineffective kicks. So, he retreats outside and attempts to leave before Reed dives onto him. LA Knight returns and pushes Reed off the turnbuckle, letting Grimes connect with The Cave In for three. Reed’s dominating winning streak is gone!

Announced last night on Twitter, Kacy Catanzaro will be sidelined with a partially torn LCL. Her partner Kayden Carter calls out Xia Li next week for revenge.

Austin Theory admits to having “a really great time” with Dexter Lumis inside his boarded up house. But, his psychiatrist actually talked to Lumis who revealed that Theory was only released due to obnoxious behavior! Theory starts wailing, and Johnny Gargano secretly pays the lady off. “Worked like a charm,” says Gargano.

Ever-Rise is scheduled for a match against Breezango, but during the latter’s astronaut entrance, Legado del Fantasma attacks. Somebody still has their campy helmet on while getting rammed crotch-first into the post. Ever-Rise isn’t safe either, as Santos Escobar jumps them from behind. After getting destroyed by Karrion Kross last week, Escobar simply wanted to make a statement.

William Regal vows to make an announcement next week “that will change the landscape of NXT.” Concerning the WWE Women’s Tag Team Championships no doubt, how could it?

The Undisputed ERA is fading, as Strong debuts new entrance music, gear, and graphics. It’ll be tough moving on from NXT’s indisputable best faction ever. At the moment though, both competitors’ exceptional grappling is on display with Strong gaining the upper hand delivering a backbreaker. After picture-in-picture, Balor takes control by targeting the left shoulder but gets reversed with a powerslam. He escapes Balor’s submission and succumbs to multiple chops before fighting back with strikes and slams. Balor hits the Slingblade, Strong applies the Stronghold, but the champion reverses with a footstomp and Pele Kick. The corner dropkick and Coup de Grace connects before Balor delivers 1916 for three. Great showing from a fresh Roderick Strong and a continuously fantastic Finn Balor!

Appearing onstage, Adam Cole stares daggers through the champion as the show closes. Next week, Balor versus Cole for the title!

Finn Balor can’t possibly dissapoint, and together with tango partner Roderick Strong, the show ended high. At last, NXT, there were some great matches spread throughout the card besides the main event, with really funny segments from The Way and Cameron Grimes too. With next week’s card, it’ll somehow, likely top this very solid episode.