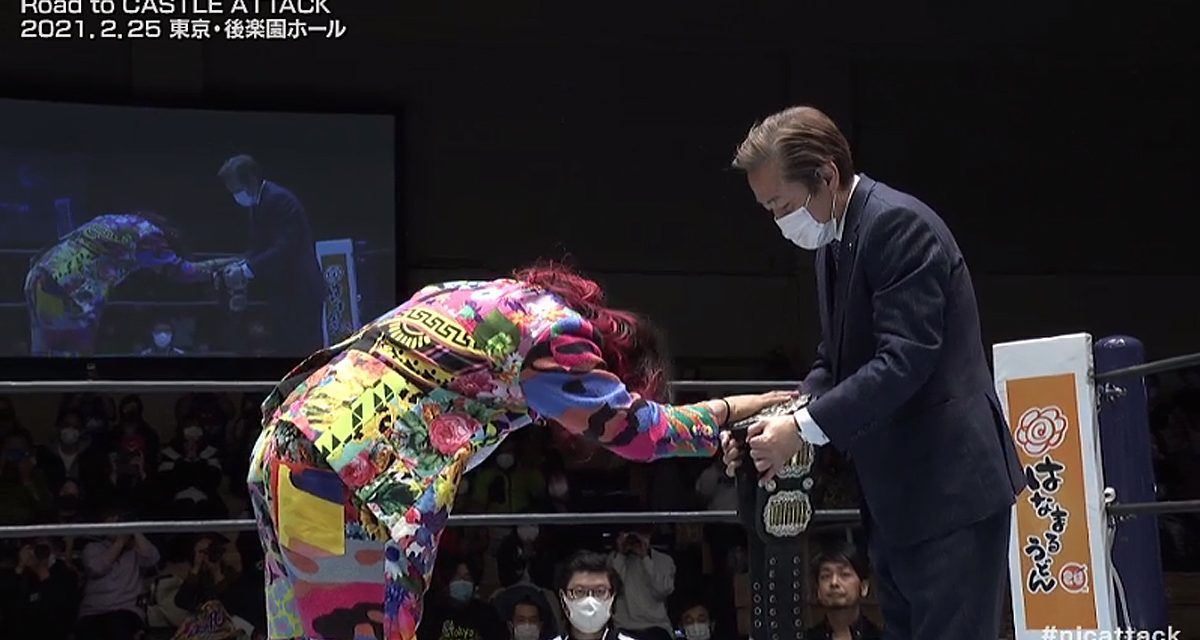 The sixth night of NJPW’s Castle Attack tour began under a somber note as Hiromu Takahashi had to vacate the IWGP Junior Heavyweight Championship due to injury for the second time in his career. In 2017, Takahashi suffered a broken neck in a match with Dragon Lee and had to relinquish the title. He missed 16 months of in-ring action. This time, it is a torn pectoral muscle that will sideline Takahashi for up to six months.

A visibly downcast Takahashi turned over the championship to NJPW Chairman Naoki Sugabayashi in the middle of the ring ‘for the sake of the junior heavyweight division’ and vowed to return better than ever so he could fulfill his dream of winning the IWGP Heavyweight Championship. Takahashi also requested that his Los Ingobernables de Japon stablemate Bushi take his place in what was supposed to be an IWGP Junior Heavyweight Championship match against Phantasmo on the second night of Castle Attack this Sunday.

Kanemaru and Desperado focused their energy on El Phantasmo’s suspect super kick by damaging and punishing his leg as much as they could during the match. That left the Head Banger limping.

Phantasmo set up Desperado for Ishimori with a spinning neckbreaker but Desperado kicked out. The Bone Soldier had Desperado pinned with a 450 splash off the top rope, however, Kanemaru tackled Phantasmo into Ishimori disrupting the count.

“Let’s finish this!” said a staggering Phantasmo as he and Ishimori circled Desperado. Ishimori went for a cover after Phantasmo splashed Desperado from the top rope. Desperado kicked out though causing Ishimori to scream in frustration and stare at official Red Shoes in disbelief. 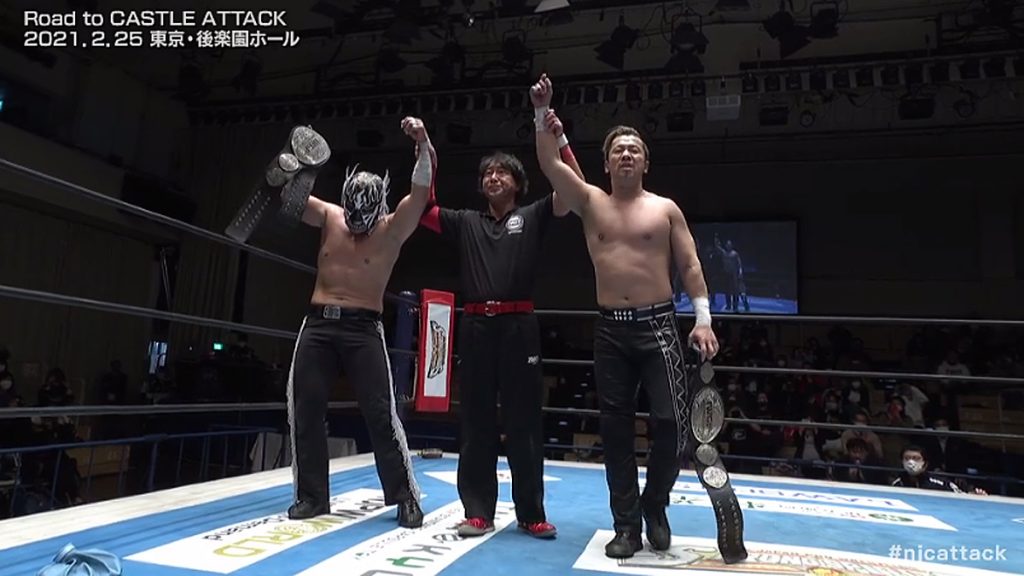 Phantasmo loaded up his boot in a corner ready to kick Phantasmo. Kanemaru stepped between them deflecting the kick into Ishimori. With Ishimori taken out of the equation Kanemaru DDT’d Phantasmo. Desperado pinned Ishimori with Pinche Loco to win the belts.

Bushi came down to the ring. He, El Desperado and Phantasmo argued about the IWGP Junior Heavyweight Championship match set for the weekend. Apparently, all three believe they are worthy of competing for the title. ELP knocked Desperado’s lights out with Sudden Death. Bushi took out ELP with a Codebreaker.

“Hiromu named me. I have to do this,” said Bushi vowing to win the title at any cost. 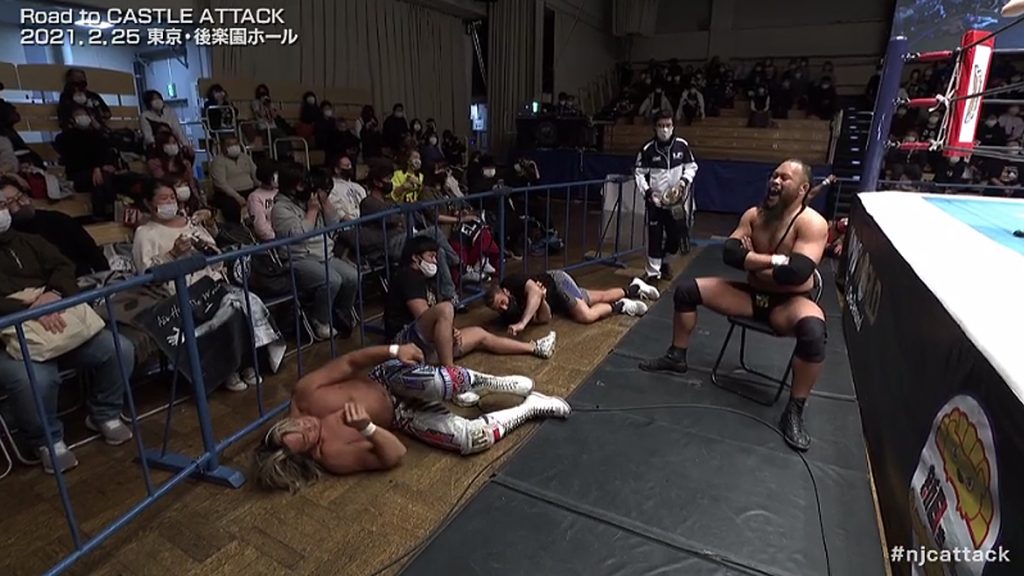 Tsuji almost makes Cobb submit to his Boston Crab but Ospreay saves the day. In a cool sequence, Tsuji back drops Ospreay and Cobb catches Ospreay throwing him back at Tsuji. Ospreay nails him with the OsCutter in mid-air and Cobb pins him with a Tour of the Islands. Khan beats the heck out of the Young Lions at ringside. Khan looks as if he is going to bash Tsuji’s knee with a steel chair. Instead, he unfolds it, sits down and trash talks The Ace.

The match lasts a one minute and 23 seconds. Owens tears off a turnbuckle pad. He and Togo throw Yano into the exposed steel. Yano holds onto the ropes after being whipped into them. Yano pulls the ropes down when Owens charges and he tumbles to the floor. Sho gives Togo a running knee strike to the face and Yano rolls him up for the win. Owens wraps his strap around Yano’s throat from behind. Yano counters by mule kicking him in the “lower abdomen” and slinging him into the exposed turnbuckle. Okada and Evil brawl on the floor as Young Lions, Chaos and Bullet Club try to separate them.

Goto and Hashi double team Tama Tonga to pin him. Ishii insists on chasing White around the arena. In a funny bit White moves a barrier between them and taunts The Stone Pit Bull from behind it.

Shingo pins Honma with Last of the Dragon.